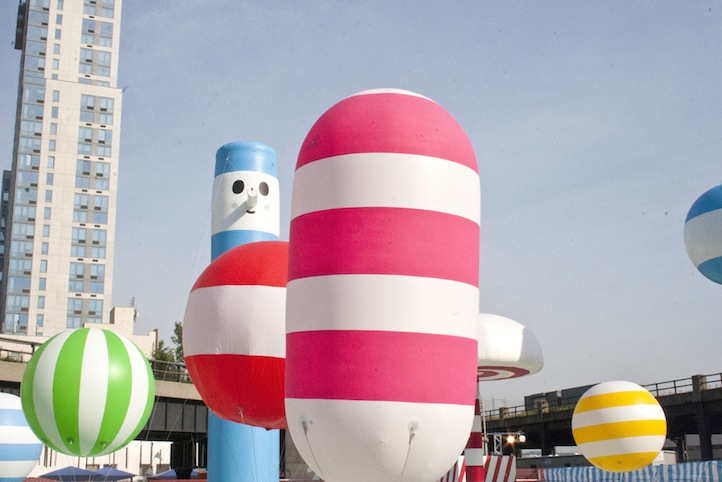 Today, (June 8, 2011) New York’s High Line got a little color from its friends from the south, specifically the Miami-based artistic duo FriendsWithYou. Comprised of Samuel Borkson and Arturo Sandoval III, they’re infusing their whimsical, life-size blow up characters, collectively named “Rainbow City,” in 40 different shapes and sizes throughout the elevated concrete playground overlooking the Hudson River. To mark the grand opening of phase two of the High Line (which extends to 30th street), they’ve teamed up with AOL to present a unique and interactive experience, a beacon of magic and color created to invoke the spirit of play in all those who engage. Here, Life+Times chatted with the team behind FriendsWithYou to find out how they’re about to single-handedly adjust the aesthetic of New York’s concrete jungle.

Life + Times: What is it about the High Line that makes sense with a FriendsWithYou installation?
FriendsWithYou: The High Line is a unique and magical park unlike any other a place, where people will go to celebrate each other and their environment. Rainbow City is built for this same purpose, to unveil the most important thing in visitors, to defeat isolation and connect people in a unique and unexpected environment in which they can create their own story.

L+T: This marks your first large-scale installation in New York City. How did this process come about?
FWY: Through working with AOL, this amazing opportunity was presented to us. We wanted our first appearance in NYC to be major and this was the way. At the same time we will have our first solo gallery show called “🙂” taking place at The Hole Gallery. 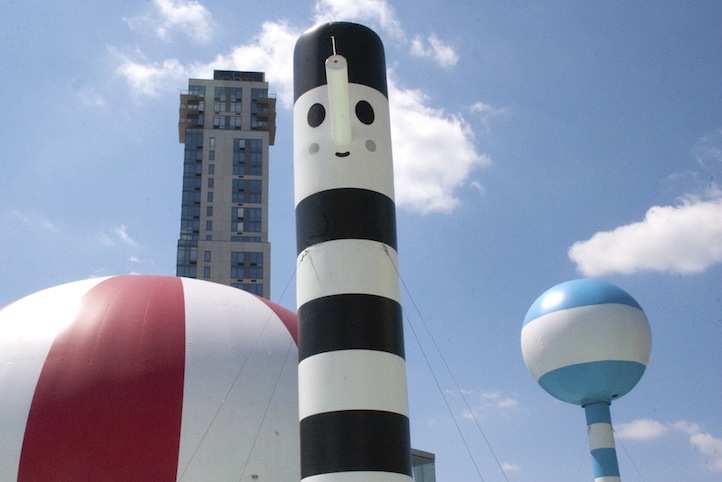 L+T: What is the mission behind “Rainbow City.” How did this idea originally come into inception in the first place?
FWY: We make practice of reinterpreting rituals into acts of play. This idea was adopted from Holi, a Hindu festival in which people colorized each other and themselves to celebrate the coming of spring.

L+T: In some ways, it’s a form of a modern day playground. Does your concept root back to any childhood experiences? Does it resonate with the “child” inside everyone?”
FWY: Exactly. Wanna be my friend? This used to be so easy as a child. Now we are so isolated and our brains are filled with muck that we need an opportunity to just play. We do this as a service to people. We want you to be happy and be together. 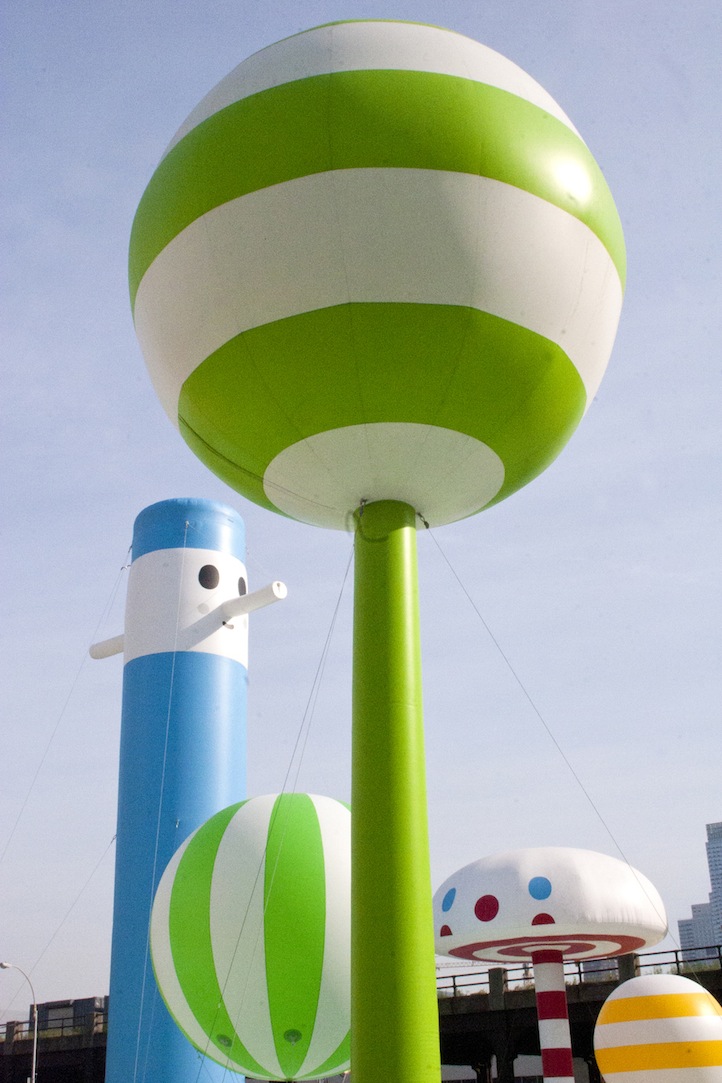 L+T: How did “Rainbow City” come about? What is the background idea behind the concept?
FWY: We always dream big and want to share this dream with other people – all over the place. So, we made building size inflatable objects that could be packed down and easily transported. It’s a magical place and will be a bursting explosion of color erupting through the concrete jungle! 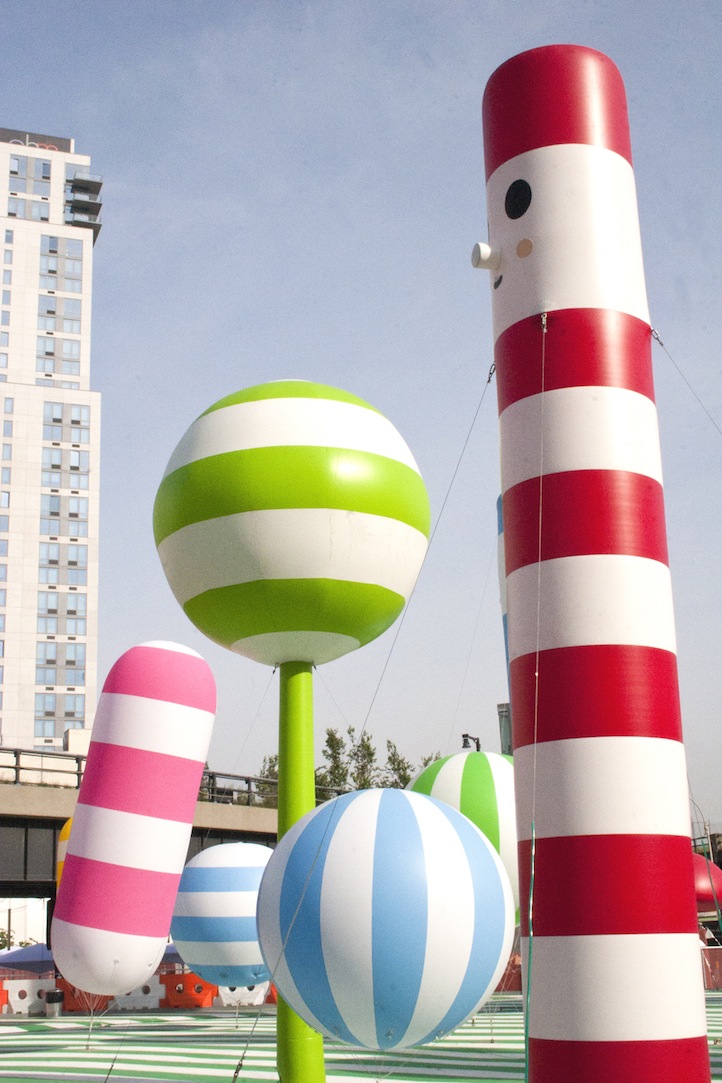 L+T: If “Rainbow City” had a soundtrack, what songs would be on heavy rotation this summer?
FWY: It does have one! It sounds like a beautiful breathing living city as it blips and bleeps in a futuristic utopian melody of enchanting bells.