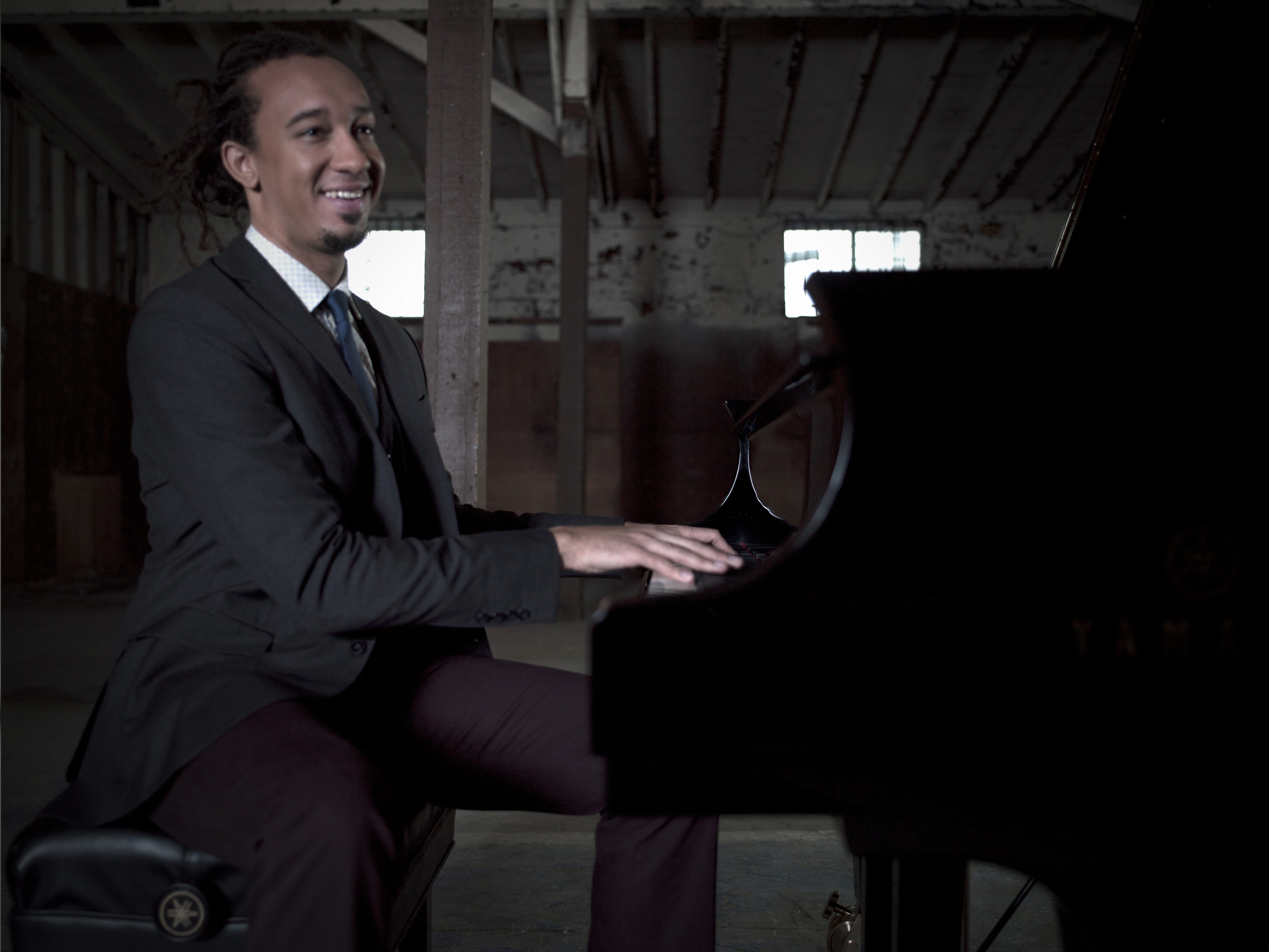 As much as any other genre of music, jazz offers its creators an opportunity to totally and clearly express themselves via sound. Three-time Grammy nominee jazz pianist Gerald Clayton uses his latest endeavor to do just that, using life experiences to direct his hands and ears on his third album, Life Forum. Working with a trio before, Clayton assembles an eight-person team for Forum, including drummer Justin Brown, saxophonists Logan Richardson and Dayna Stephens, trumpeter Ambrose Akinmusire, vocalists Gretchen Parlato and Sachal Vasandani and poet Carl Hancock Rux. The result is his most challenging album to date.

“Organizationally, and in terms of the writing involved, creating this album was much more demanding than my previous records,” Clayton says. “All life experiences and interactions offer us the chance for the development of tolerance, love, honesty, compassion and acceptance. Personally, the creation of this album has been an extraordinary opportunity for growth.”

Life+Times caught up with Clayton to discuss Life Forum, other recent work and his  Grammy nominations.

Life+Times: You’ve called Life Forum is your most personal and most ambitious album. Expand on those ideas.
Gerald Clayton: The last two records that I did were trio records, so I had certain transitions and ideas that I went for on those two albums that I got close to but didn’t fully come to life. Since it was a trio it was just easier to sort of go in there and vibe it out, cut corners here and there. With a group of this size, there’s really no room for slacking on the job, you really gotta be overly prepared and see everything through before you even get there. For instance, to know exactly what you want the horns and vocals to do for the entire tune, to map that before you even get there. So, it was more work than I’m accustomed to, writing for this many voices. But I also knew that each [musician] had such strengths that I wanted to leave some room for their interpretation to dictate the direction of the album. All of them are such great musicians, I have no doubt that even if I wasn’t prepared, they would make my records sound good. But I did want to come with a clear vision of what I wanted them all to do. That’s the ambitious part. As far as personal, it’s all music that’s inspired by life and my experiences in life, transitions. I’ve dealt with a lot of love and life over the past two years, so it’s very personal for me. When I think about the tunes and what inspired them, it’s definitely coming from very personal feelings and real feelings and emotions. 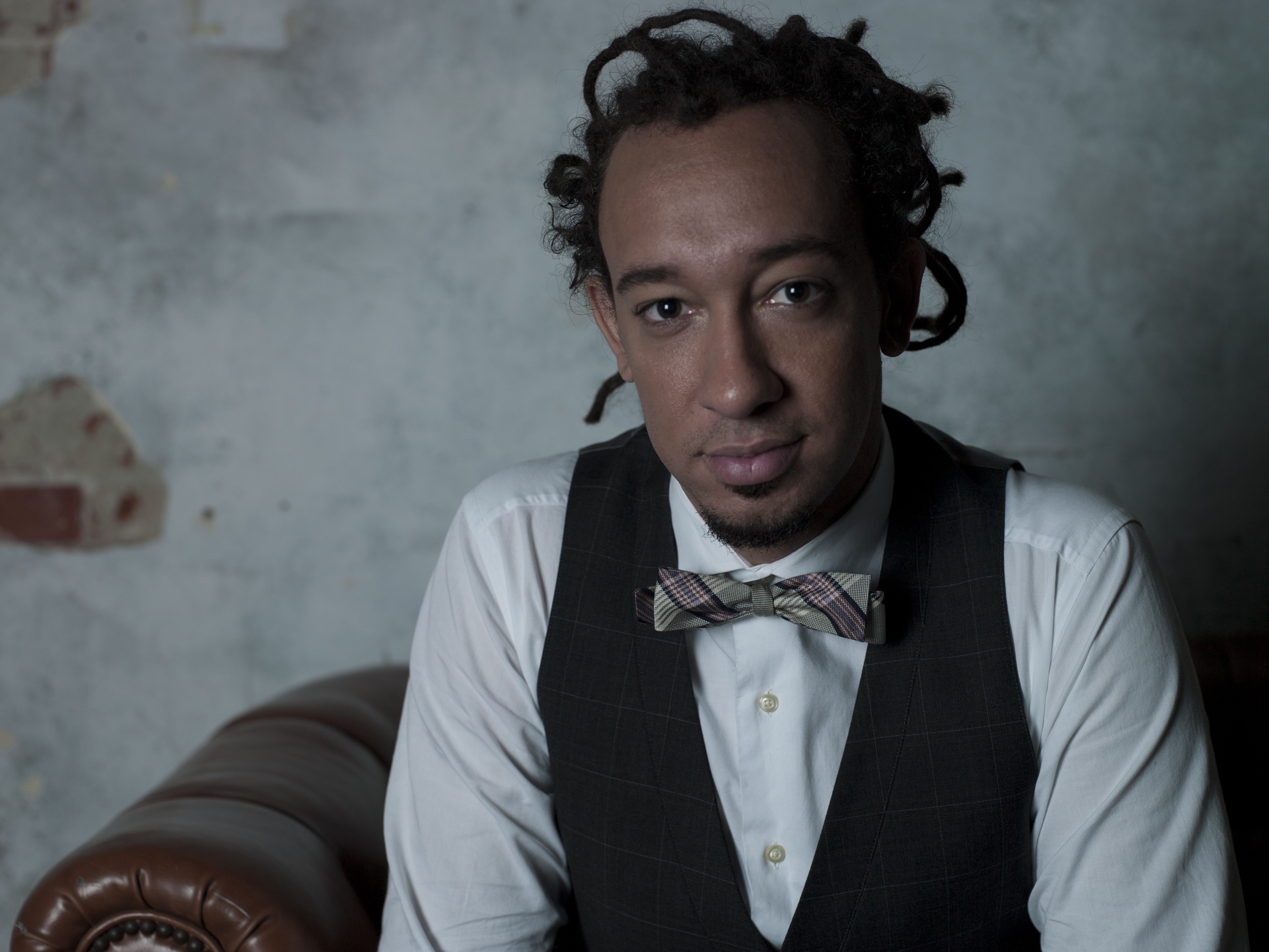 L+T: Talk about the album title and the title track, which has a spoken word aspect to it.
GC: I first thought about the concept of the record in a very literal sense, the fact that I’m bringing together some of my favorite musicians and people in a forum to openly express their ideas. I also, with all of my records, think about taking the same concept of what we’re doing musically and sort of expand that into more of a philosophy on life, thinking about all of life as a forum. I’m really lucky to get to travel a lot, see a lot of different cultures and people, and in all of our differences, we really are all the same. If I had my way, everybody would look at our differences in an open-minded way and see interacting with people that are different than you as a forum rather than a battlefield, you know. Carl Hancock Rux is a great poet. We talked a little bit about the project, I told him where I was coming from with the concept of Life Forum, but also with what I had been doing personally in my life and some of the things that inspired the compositions. I think he just took that and rolled with it, and remade it to his own experiences. So, the poetry that he came up with is definitely reflective of what I had in mind, but it’s also definitely his voice and his take on things. It was really cool for me because listening to it, there’s some things that I truly relate to, but it does come off to me as somebody [else’s] voice. He’s such a gifted artist, I’m happy to have him on board.

L+T: What are some of the other projects you’ve worked on since your last album as a leader that influenced you or gave you some different ideas coming into Life Forum.
GC: I did a record with Terri Lyne Carrington called Money Jungle: Provocative in Blue. We revisited the music of the classic record Money Jungle with Duke Ellington, Charles Mingus and Max Roach. That was a really great project to be a part of. Terri Lyne is one of my favorite musicians and I’ve always looked up to her; Christian McBride is playing bass on the record, another musician that I’ve admired since high school. I was honored to get the call and that was one that I felt I had to come correct to, step up and work hard for. That came out earlier this year. I did the NEXT Collective recording, which was Concord Jazz‘s collective of a bunch of young cats that they signed at once. We got to cover pop tunes and music from different genres, so it was cool to revisit some of the music that I grew up loving that’s different from the standard repertoire that you hear from the usual jazz gig. Collaborating with those guys was a real treat. Any gig I have is a learning experience, so it’s hard for me to say how that brought me to my album in a tangible way. It truly is a case where any gig I take throughout the year – and there’s a lot of them – is a chance to get inside of somebody else’s concept, somebody else’s music and learn from them. It’s hard to make it tangible, everything sort of flows.

L+T: You did the D’Angelo [“Africa“] and Missy Elliott [“Beep Me 911“] records on that NEXT Collective project [Cover Art]. What’s some other music outside of jazz that’s had an impact on you?
GC: Those two are perfect examples. I grew up in the hip-hop generation, I was break-dancing in high school and all that, so I listened to a lot of that stuff. At a certain point being a musician, you have to make up your mind whether you actually believe in all of the boxes, lines and genre distinctions that people tell you are there. For me and a lot of the musicians I feel like-minded with, people I like to play with, we don’t really see an honest difference between hip-hop and jazz, jazz and classical. It’s all just sound and expression. So this project was something that was easy for all of us to jump on board with because we all grew up with these different influences, loving all types of music. I try to keep that open-mindedness in anything I do musically. D’Angelo was a big record for me in high school. The Fugees were a big part of my life when I discovered them. Memory fails me at the moment, but there’s a laundry list of cats that I’ve checked out over the years coming from hip-hop, R&B, soul, even some rock and other genres.

L+T: You’ve been nominated for three Grammy’s. What changes, if anything, after you’ve been nominated for a Grammy? Does it have any affect as an artist?
GC: I think it’s mostly just very encouraging and very inspiring to know that what we do is being appreciated on that level. If anything, it’s just a reminder that I have to continue pushing myself and taking this seriously, and not slack on the job. We have a responsibility as musicians to try to make music at our greatest ability. It was really an honor to get that kind of recognition. It’s fun to go see Hollywood on steroids for a day and see the madness that is the Grammy’s. I don’t think you it that much more seriously, because as a musician, I’m also constantly seeing tons of music that is totally worthy of the same amount of accolades that I may be getting. I accept the other side of these things where it’s easy for people to say, “the Grammy’s are political.” I’m not necessarily negative on any of it, I don’t think of any of it as a bad thing, I just see it as a reminder that I can’t lost focus, I gotta stay on track and continue to try to push myself and make good music.