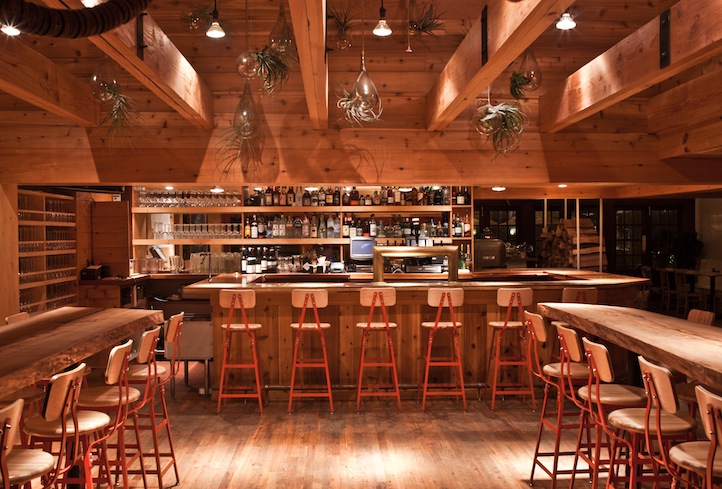 Designer Robert McKinley has fashioned some of the most significant hospitality venues in recent years including Sant Ambroeus, GoldBar, and The Surf Lodge. But this summer, it’s all about Ruschmeyer’s, Robert’s Montauk hub that caters to New Yorkers looking for a little beach time. His designs are notable for transporting the visitor to another place or time, creating a momentary escape from the present. With a background that includes fashion houses Giorgio Armani and Donna Karan, McKinley prides himself on the attention to detail and creating a seminal vocabulary unique to each property. And it’s those unique details that make Ruschmeyer’s not only a Jitney-ride destination, but a global one at that. So with summer well under way, Robert showed us around his property and gave us a little insight into the definitive “nautical summer camp.”

Life+Times: How would you define yourself? You’re a Creative Director, a designer, an artist, a hotelier….is there one title that sticks best with you?
Robert McKinley: I spend most of my time as a creative director and designer, but I also spend six months of the year as a hotelier (Ruschmeyers in Montauk). Making art is a constant thing, but that’s for myself. 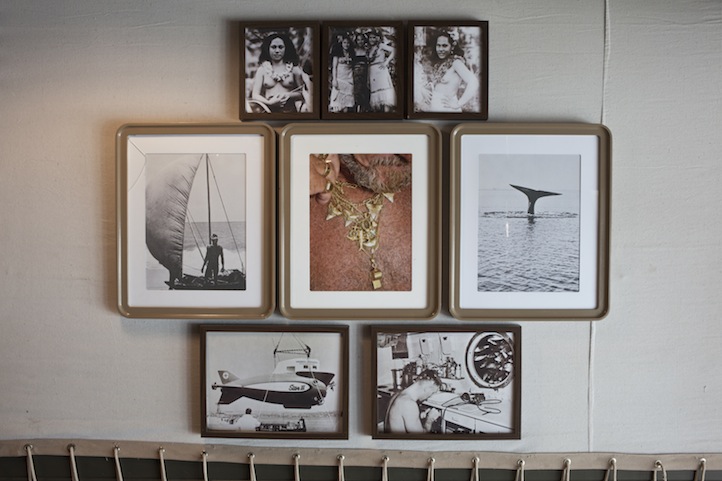 L+T: Your designs are notable for transporting the visitor to another place or time, creating a momentary escape from the present. With each project you work on – what steps do you take in order to make sure this is achieved?
RM: I always look at a project emotionally, and how the guest feels in the space is much more important than how it looks. To me good design targets the five senses, stimulating them is a positive friendly way.

L+T: You’ve worked at places like Giorgio Armani and Donna Karan. What skills did you learn while under their guidance?
RM: Giorgio Amani was such a great experience for me. I learned so many skills, visual dynamics, context, standards, history, lighting, and more. The culture at Armani was strong and sophisticated; you felt like you were part of something important and historical. 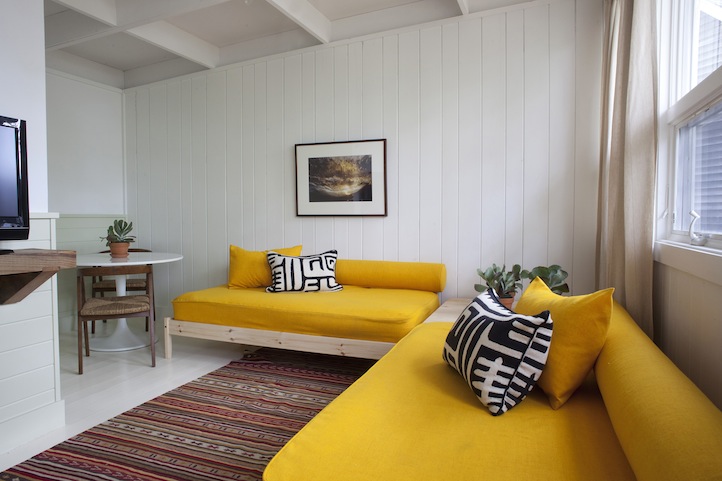 L+T: You’re a co-owner of Ruschmeyer’s. For those who haven’t been, tell us a little bit about the property.
RM: It’s a sprawling property with a 19 rooms, restaurant by the boys at The Fat Radish, the Electric Eel Disco, and the new Blackwell Rum Shack. The property was built on in 1952 with a very similar footprint.

L+T: What inspired the interiors aesthetic?
RM: The overall creative direction is meant to feel like a nautical summer camp that is a little Dirty Dancing and a little Jacques Cousteau. We came up with a fictional character named Captain Commodore Ruschmeyer III who traveled the world with his family exploring the seas and Ruschmeyer’s is his base camp. 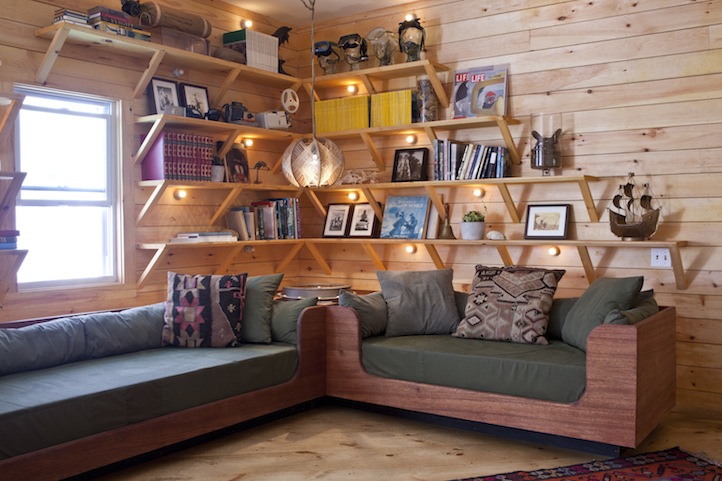 L+T: What’s behind the name Ruschmeyer’s?
RM: It was the sur name of the family who opened it in 1952.

L+T: The folks at Fat Radish are also behind the menu – what’s on the menu this summer?
RM: The Fat radish boys Ben Towil and Phil Winser are great guys who are very passionate about food and the people eating their food. The famous clam pizza is great, but for us, vegetables are a starting point. One of my friends called the steak one of the best he has ever had. 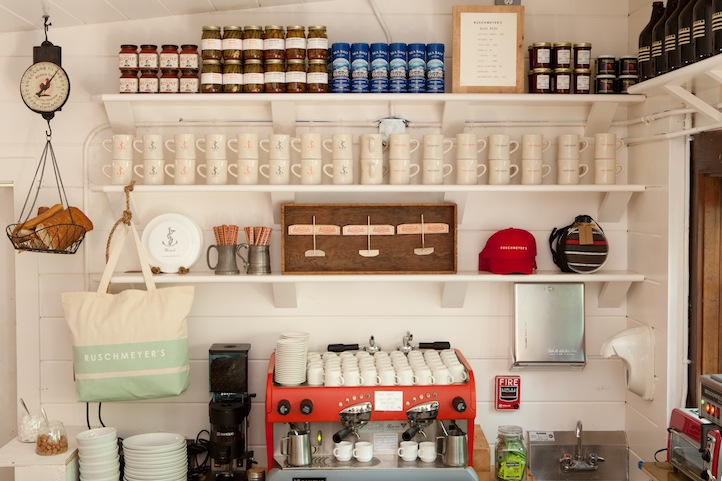 L+T: How involved are you in the menu as well?
RM: Ben and Phil constantly impress me and I’m not involved with the menu that often. I make suggestions here and there but they are pros. However they did give me a big honor and put my very own pasta recipe on the menu this summer: rigatoni with cherry tomatoes, arugula pecorino Romano and olive oil. 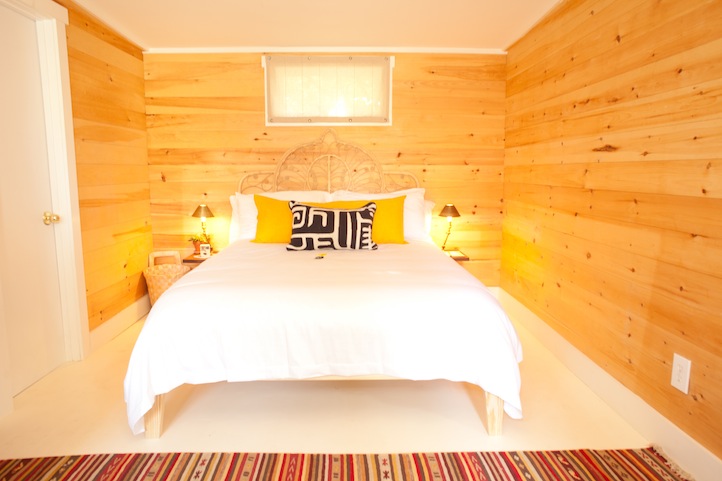 L+T: I know nightlife is also a big part of Ruschmeyer’s. What’s the vibe like? What vibe have you wanted to achieve?
RM: The vibe is fun, light hearted and soulful. Lots of old soul, classic rock, reggae… It’s a party! Also the “Blackwell Rum Shack” is a new edition.  [Island Records founder] Chris Blackwell and Oberon Sinclair were really excited to do a little pop up rum shack so we all got together and made it happen. It’s a little slice of Jamaica. We have a sound system called “Rollin Tunda” which is attached to a old three-wheeled Solex bike, fit pit, a proper limbo pole and great DJs every Saturday and Sunday.

L+T: When you look back on the summer that was 2012, what do you want to have experienced?
RM: A lot of dinners with friends, seeing smiling customers and a few great nights of dancing. 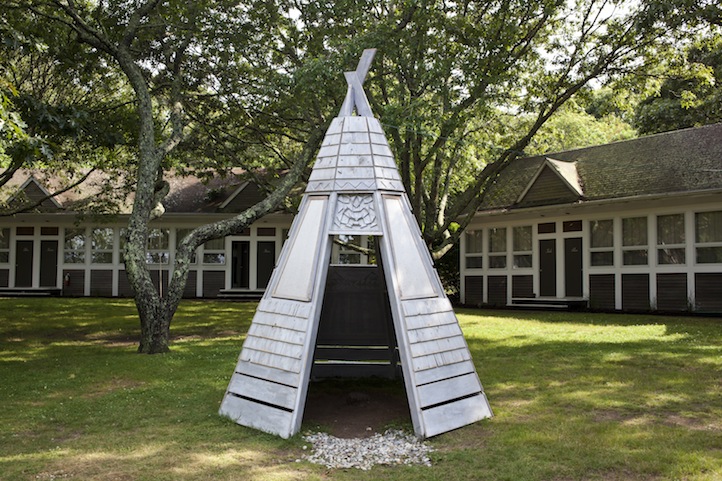