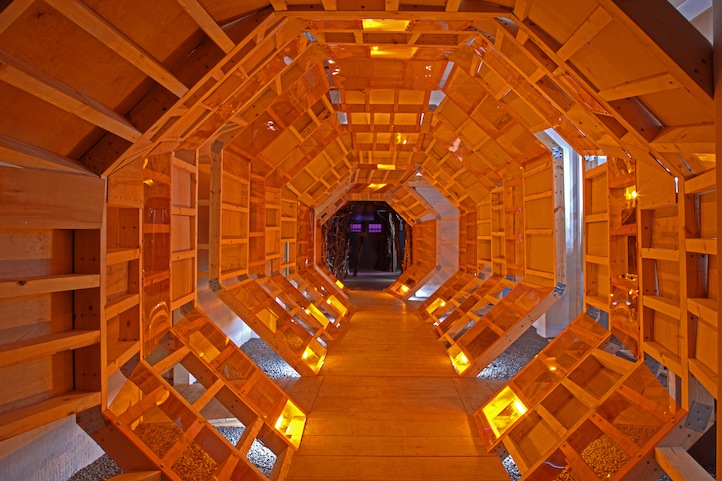 It’s been called a “mixed media space,” a “concept shop,” a “retail gallery” and “the future of brick and mortar,” and while in the technical sense it may be a “store” – the 6,000 square foot space put forth by John Skelton and Daniel Mitchell, with interiors designed by Gary Card, is anything but. LN-CC (Late Night Chameleon Café) bridges the gap between traditional retail and the intangible progressive online boom, paying close attention to every area that has come to define East London’s most buzzed about new kid on the block. With seven uniquely designed concept rooms, including a library and a club space (complete with a vintage sound system), Dalton’s newest resident merges museum-like installations while carrying the best of established niche designers, as well as a new energy infused with global up and coming talents. Life+Times chatted with Skelton, Mitchell, and Card about how the process behind the madness brings out the chameleon in all of us.

Life+Times: How did the two of you meet?
John Skelton: We first met in Newcastle when I was 20 and Dan was 16, so 10 years ago. I was a buyer at a store called Strand in Newcastle and Dan used to come in to see some of the boys I worked with and have a look around. Then, I moved to London and Dan came down a few years later. That was about six years ago. 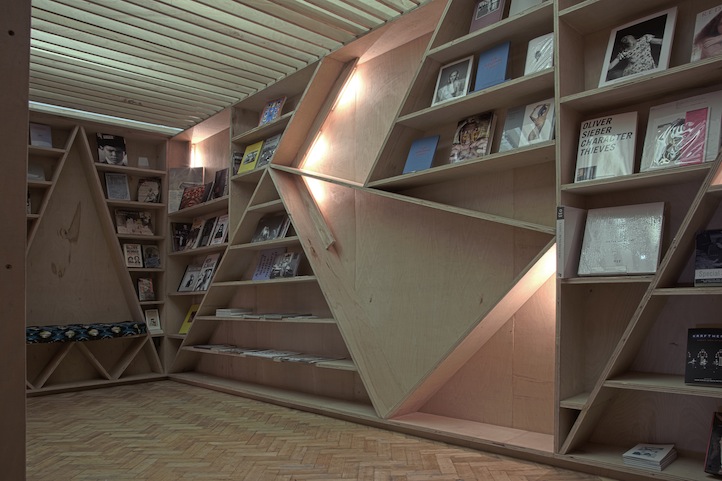 L+T:What was the initial concept behind LN-CC? What was your mission when you initially came up with the idea?
Daniel Mitchell: The ideas came from many late nights, trips and just generally hanging out over the past few years. We wanted to create a space that fused all our interests and really take retail to the next level. We have always really been into clothes, music and books and you can’t really find anywhere in the world where this all happens together. Ultimately, I wanted to create an environment that would blow my mind.
JS: The idea behind LN-CC was simply to create a non-compromised platform where we could express exactly what we were into. We had a good foothold and history with menswear, but I really wanted to translate that into a women’s aesthetic and Dan really wanted to set up a music space. So, we decided to develop our concept to include many different areas. We wanted to be the first true independent retailer that placed the same amount of emphasis on the store as the website and have them both running alongside each other at their optimum level.

L+T: The location, in a secluded destination in East London, is an interesting spot for you to establish yourselves. What is it about this location that seemed appropriate?
DM: We wanted our store to be out on its own – away from any commerciality. Part of the experience is the fact that people have to make the journey to an unexpected area of town to find us, and those that are really into what we are doing will. I actually lived on this street a few years back and have been doing various things in this area for a long time, so for us it felt like a very natural move. To most people looking in, it may seem strange to open a store of this caliber in a non-commercial area, but to be honest I think it has worked to our advantage.
JS: The main thing for us was that we wanted to have as big a space as possible to create an environment that offered a lot of different elements and feelings as you passed through it. Dalton had that space and we all live in the area too so it made perfect sense. 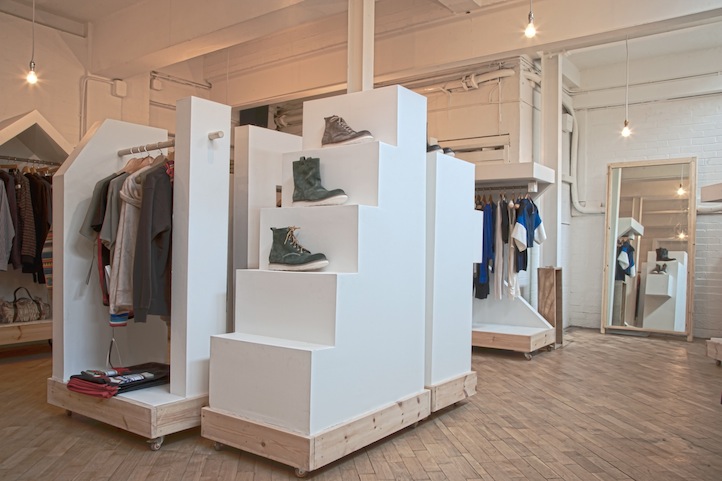 L+T: What is unique about your shop? What sets you apart from other London-based and globally recognized retailers?
JS: Hopefully everything about LN-CC is unique – from the store, our selection, the way that we market ourselves, and most importantly, the way we run our business. Our focus and our output is based on the people within our company and the energy and perspective that each one has, never about how we can just make money or bash it out. Everything that we do is very much considered and about the love rather than the reward.
DM: I don’t know any other store that has a club space in it either!

L+T: It seems like the word “store” isn’t an appropriate word to describe the space. When people ask you about the space, how do you define it?
DM: There’s not really an appropriate word to describe it, as it can be many different things to different people. In the press, I see people calling it a “mixed media space” while others are calling it a “movement”. I generally keep it simple and describe it as a store.
JS: I guess we tell them about what we do rather than what it is. The space has been set up to create a certain mood and feeling, but its more the epicenter of what we do as a collective of people rather than a store. I guess people call it a store as you can buy things here, but to us it is much more than that.