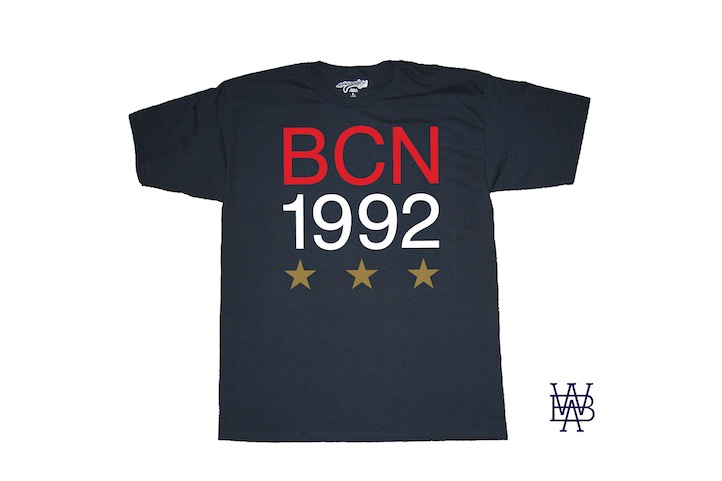 To celebrate the 20th anniversary of the greatest team ever assembled, sportswear brand Where Brooklyn At! in collaboration with designer Bobby Joseph, have released two very limited commemorative t-shirts in honor of the 1992 Dream Team.

The original Dream Team, the U.S. basketball squad that won the gold medal at the ‘92 Olympics in Barcelona, was a phenomenon on and off the court. The first American Olympic team to include NBA stars, the Dream Team dominated the globe defeating opponents by an average of 44 points, giving fans worldwide a glimpse of how the game’s played at its highest level. Since then, basketball has exploded in popularity across the globe due to the efforts of the 12-man All-Star roster– 11 that were named to the Hall of Fame.

The first shirt, titled “Brooklyn to Barcelona,” pays homage to the Dream Team’s romp through the XXV Olympiad and the two Hall of Famers who hail from the city of Brooklyn– Michael Jordan and Chris Mullin. “This t-shirt design was a nod towards some of my favorite Dream Teamers,” says Bobby Joseph, of the collaboration that’s designed with MJ’s and Mullin’s uniform numbers on the back. “Their sneakers and a nostalgic uniform that was ahead of its time.” We’re sure his Airness and Mully would approve. 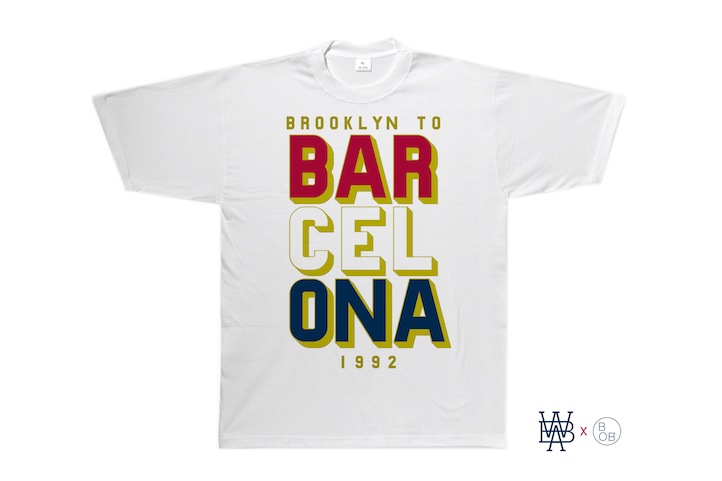 “This concept worked even better because of the two Brooklynites that were on the team, hence “Brooklyn to Barcelona,” explains Danny Millan, CEO of Where Brooklyn At! “As I was watching the Dream Team retrospective on NBA TV, I was overcome with all this nostalgia, not to mention goose bumps and chills, and I realized that I had forgotten what a big deal it was. I was a high school baller at the time and we were dead in the middle of the Golden Era of hip-hop. Whenever I do a shirt I try to connect it somehow to –what was for me– some of the best times in music and sports-culture.”

In addition, Where Brooklyn At! is releasing a second commemorative shirt titled “Flight ‘92” The shirt features the airport code of Barcelona in red foil with a large 1992 designed in white across the chest. The gold foil stars on the bottom finish off this shirt which will be sure to please basketball fans, sneaker heads and ‘Lo-Lifes alike. Millan describes the shirt as a perfect nod to perhaps the greatest time of all-time and a staple in New York fashion. “With the “Flight ’92” shirt, I was able to honor the Dream Team and also give a nod to one of that era’s favorite preppy brands.” 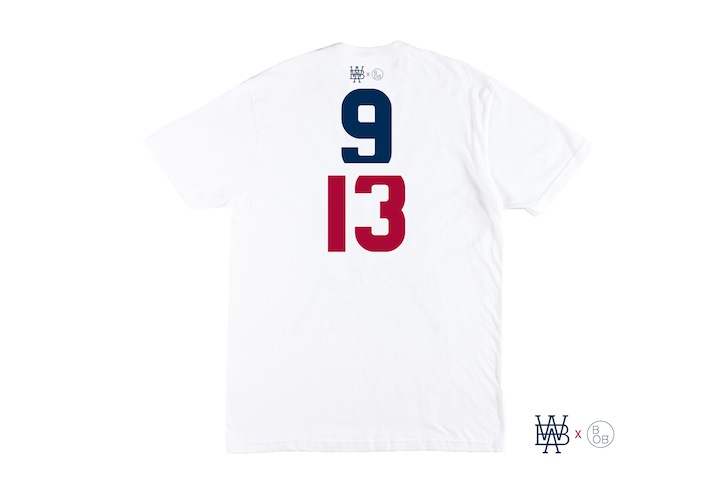