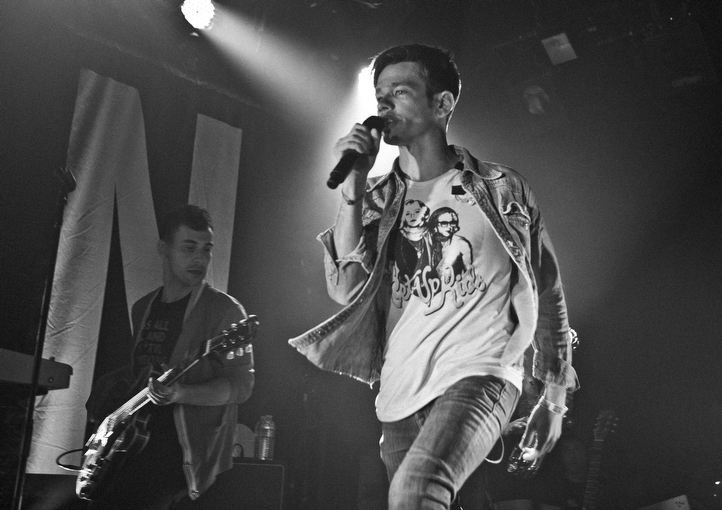 Nate Ruess is having the time of his life. As the front man for New York City group FUN.,  (yes – the period is part of their name), he’s created a new anthem for a generation of hopeful and ambitious youngsters. Titled ‘We Are Young,’ Ruess collaborated with Janelle Monáe on the track, and in what some might call the highest form of flattery, his single skyrocketed to the Billboard 100), was recreated by the cast of Glee for one of their recent on-air episodes. In between gigs in San Francisco, Life+Times caught up with Mr. Ruess while he was recovering from one of the best nights of his current tour. Why? It all has to do with a diner. (Photo Credit: Misha Vladimirskiy | Twitter)

Life+Times: How’s it going Nate?
Nate Reuss: Things are great. I had the wildest night of the tour last night – only from a drinking level. I found myself at a diner at the end of the night. It wasn’t debaucherous – but I was definitely a little inebriated. But as I get older, I can’t handle it as well.

L+T: So tell me, what’s behind the name “FUN.?”
NR: Well, our friend was performing at a comedy club in NYC and after the set he said ‘What are you going to name the band?’ Someone suggested “Ice Cream” and I thought it was a pretty dumb name. But then we started talking about the notions that the word ice cream conjures up. And someone said “Fun.” Our manager at the time told us to Google search it and if nothing came up, it was ours. Naturally, the only things that we found were wigs, porn, and go-karts. So it eventually became our name.

L+T: But what about the “.” at the end of Fun? How did that originate?
NR: Well, then [after we picked the name] a Swedish death metal band said it was their name – so we had to change it up. They were really awesome about it though. They just wanted us to do something subtle. We were going to do “Fun USA,” but we decided against it. 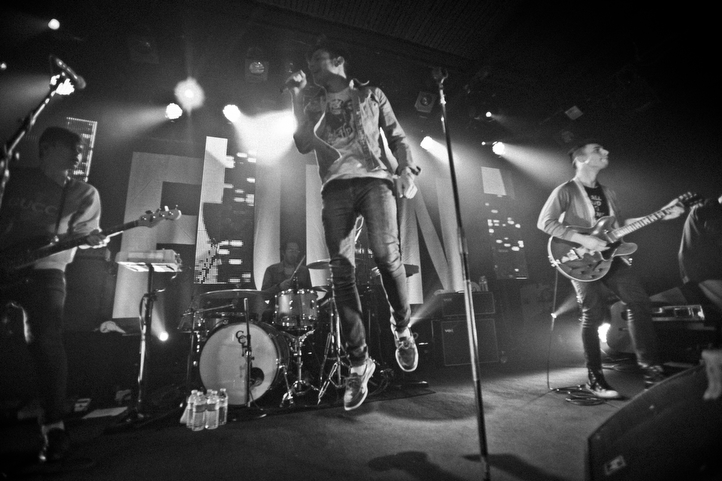 L+T: What sounds have influenced your album and aesthetic “Some Nights?”
NR: It was a lot of hip-hop sounds. There weren’t any live drums on the album – it was all sampled. I really love the last few Kanye West albums – as they were incredible in terms of beats. So, we broke a lot of beats and used a lot of samples. And luckily we worked with some great people.

L+T: If you had to define some of the biggest changes between your first and second albums – what would it be?
NR: For me, as a songwriter, I write from my head because I don’t play an instrument. I’ll generally write an entire song and I’ll bring it to the rest of the band and we collectively make it our own. With this style of writing, I pay no attention to tempo, so I took a more classical approach to songwriting this time around.

L+T: In some ways, I think “We Are Young” is an anthem for a new generation. What do you take from the song?
NR: I should just take what you just said and completely agree with it – because that’s very flattering. I was driving once and it just popped into my head. I was more excited about the lyrics instead of the melody. But I thought that maybe the lyrics were a shot at someone like Sarah Palin – just the arrogance of modern America. What ended up happening during the week when I was writing the song was I had an epic night of getting kicked out of two cabs because I was so inebriated. My girlfriend and one of my best friends had to take care of me because I couldn’t remember anything. I actually owe my best friend and bass player cab fare. But, I really appreciated that and I was able to turn it around and realize that it’s amazing to have wonderful people around you and if things get a little tricky – there will be your friends to take care of you.’

L+T: In your career, who are some of your biggest musical icons?
NR: For me, it’s Van Morrison, Otis Redding, The Beatles, and then JAY Z and Kanye West – as they are the definition of iconic front men. Since I don’t play an instrument, I have no choice but to go out there and put on a show. And they do it better than anyone. 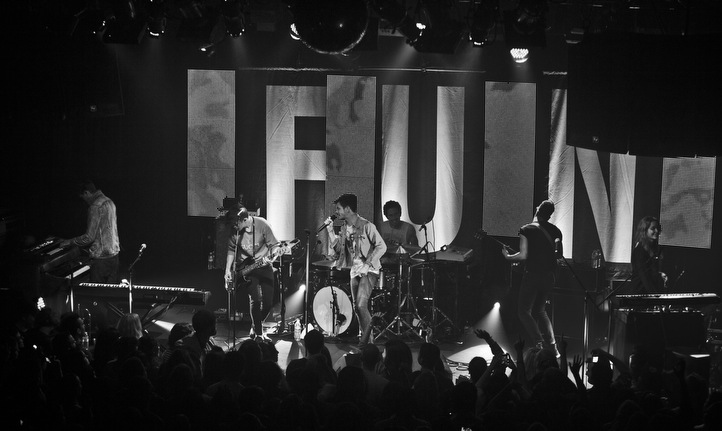