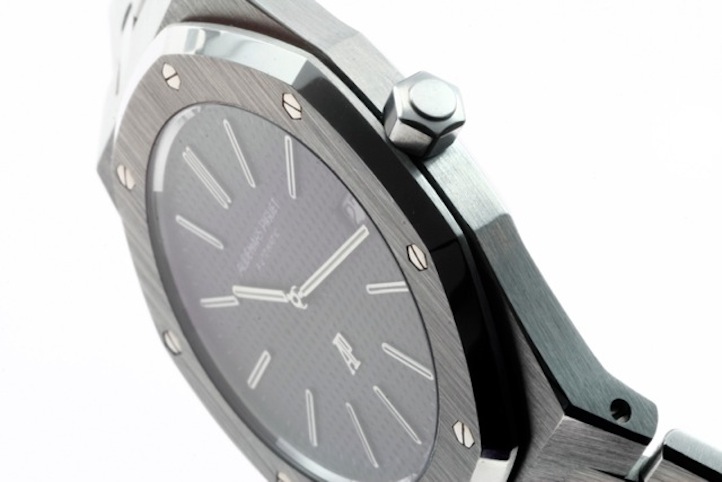 The Audemars Piguet Royal Oak is one of the most iconic timepieces in the world. Not just because of who’s worn one, which includes several heads of state, most major film stars, and a world-record holder or two, but because of what the Royal Oak meant to the watch industry at the time, how it saved AP from bankruptcy and how it changed the look of watches forever

The first Royal Oak (reference 5402) was introduced to the world in 1972. It was Audemars Piguet’s last chance at surviving one of the roughest periods in the company’s century-old history. What made the first Royal Oak so risky was that it was constructed entirely out of stainless steel yet cost more than any gold watch the Swiss brand was producing at the time. In fact, when the Royal Oak was released, it had a retail price of roughly $3,200 compared to Rolex’s Submariner, which had a retail price of $270. The Royal Oak was, without debate, enormously expensive. But that was the point.

It wasn’t just the price of the Royal Oak that raised eyebrows, it was the design – most people believed it would be the watch and the company’s downfall. The octagonal bezel, shaped like a ship’s porthole with eight visible hexagonal screws, caused customers of more traditional luxury watches to gawk and wonder “For $3,200, they can’t even hide the screws?” The case was made from a single block of steel to ensure water-tightness, and it was the first time a bracelet had been integrated into the case. At the time, Audemars Piguet was only producing 5,000 watches per year, and when they launched the Royal Oak, they did it in a series of 1,000 pieces. If the Royal Oak had failed, the company would have gone bankrupt. Luckily, all 1,000 A-series Royal Oaks sold quickly. Suddenly, it became en vogue to wear a steel sport watch that cost more than a gold Patek Philippe. 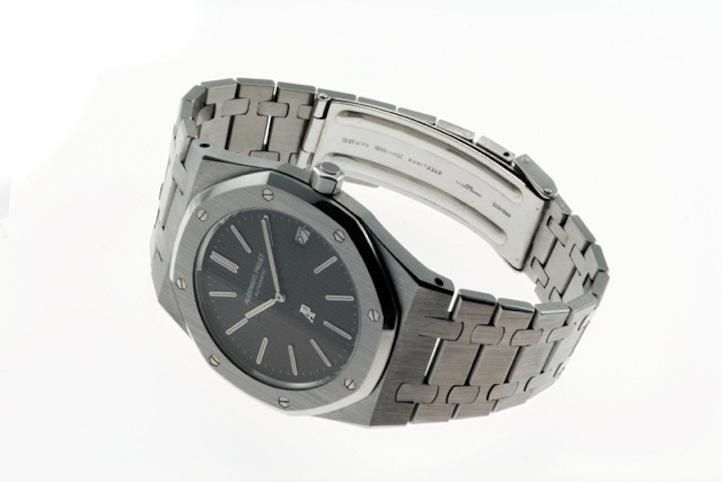 The watch sold so well, in fact, that Patek Philippe even hired the very same designer, Gerald Genta, to build them their own steel sport watch. Thus came the Nautilus in 1976, which again featured boating-inspired design and even the same movement. Since the release of the original Royal Oak, nicknamed the “Jumbo”, AP has launched several derivations – chronographs, dual-times, even grand complications. AP’s most popular model, the Royal Oak Offshore still has many of the same attributes of the original Jumbo. But, for purists, AP continues to make the original Royal Oak just as they did in 1972. The reference 15202 Royal Oak features the very same movement and the very same case as the original, now with a sapphire exhibition back. This watch is the backbone of Audemars Piguet, making it the one collectors vie for.

Last year, AP only made ten Royal Oak Jumbos, so few that you can’t even see them in boutiques. With 2012 marking the 40th anniversary of the Royal Oak, the watch that changed everything for AP, so you can be sure they are only going to become tougher to find. If you want to get your hands on a true Royal Oak, call your AP dealer as soon as possible – but be prepared to wait a long time. (audemarspiguet.com)