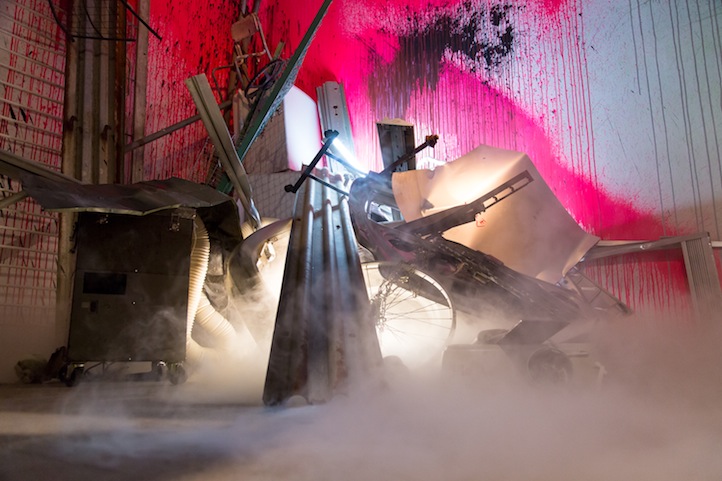 INTO THE VOID, derived from the  song by Black Sabbath, is also the name of visual artist Anselm Reyle’s solo exhibition. The culmination of several years of planning, it showcases recent developments in Reyle’s practice. Known for his eye-catching works employing nostalgic found objects and explosive neon colors,  Reyle and his team of studio assistants craft large-scale paintings and sculptures from everyday materials such as reflective silver foil, car lacquer, acrylics, mirrors, and metal elements. Fluorescent paint and neon lights are used to create disparate combinations which free the viewer from traditional associations and imbue the results with new meaning and connotations. 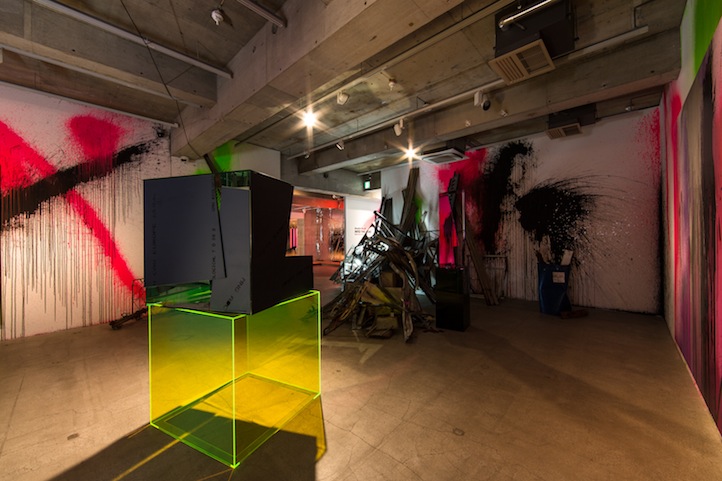 “My first exhibition in Japan, INTO THE VOID, was developed in close collaboration with Takashi Murakami. We had several intense discussions in which he empowered me to create something new especially for this show,” Reyle says. “This was followed by an exchange of ideas whereby we both made sketches.” 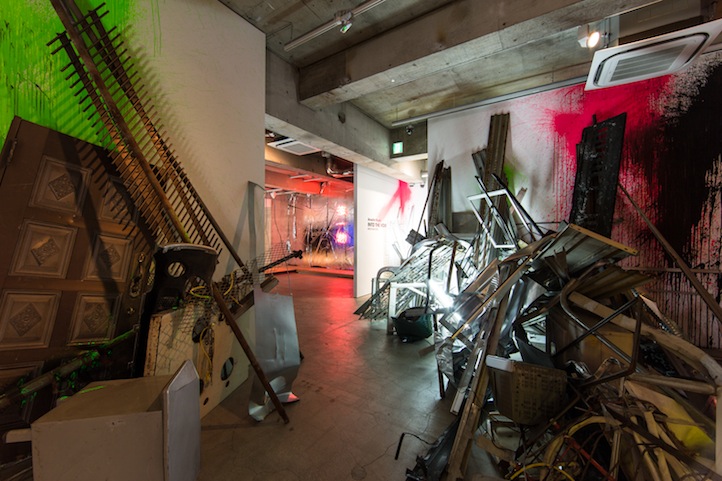 Describing his methods, Reyle commented that “in abstract art, the materials are always clear and concrete. By instead using materials which are not usually seen in fine art, I am able to break with that dogma.” For this current exhibition, Reyle has constructed an installation made of scrap metal, lasers and neon lights. In addition to that, a large-format gestural wall painting, executed with paint-filled fire extinguishers, will serve as a companion piece. The elegant deployment of these materials creates an intense discord and ignites the viewer’s imagination to explore a landscape of unlimited possibilities. 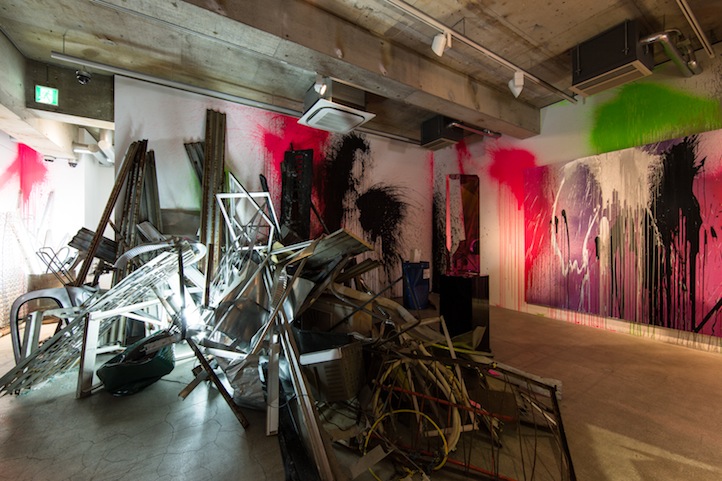 “Right from the beginning, when Takashi invited me for an exhibition at his Kaikai Kiki Gallery, it was very important to him that I fly to Tokyo to inspect the gallery space with him. It was only later that I realized the importance of this trip” he says. “Soon upon arrival, after recovering slightly from my first impressions of this huge city, I met Takashi and some of his assistants on the premises of his gallery. We sat together on the floor of the Tatami room. He told me that he greatly appreciates my work, which is why he also owns some pieces. But unfortunately, he said, he does not quite understand what my work is about and asked if perhaps I could explain it to him. I felt a little overwhelmed by this direct question, so I began to stammer something. To my amazement, however, Takashi seemed to gain a realization from my embarrassment. He said that he now understood why he likes my work so much.” 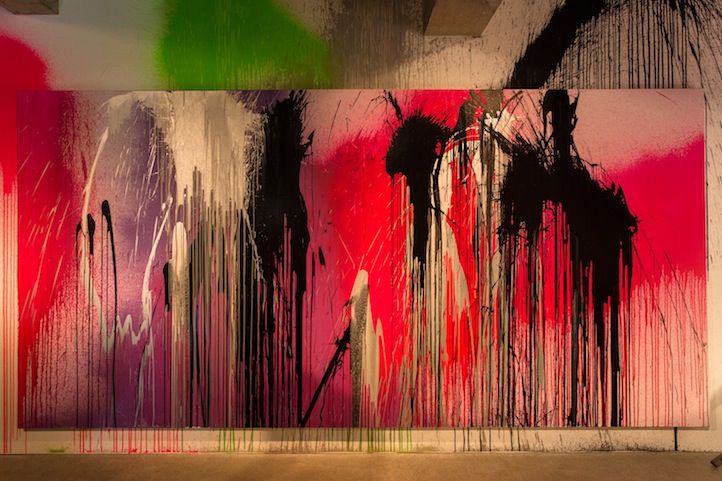 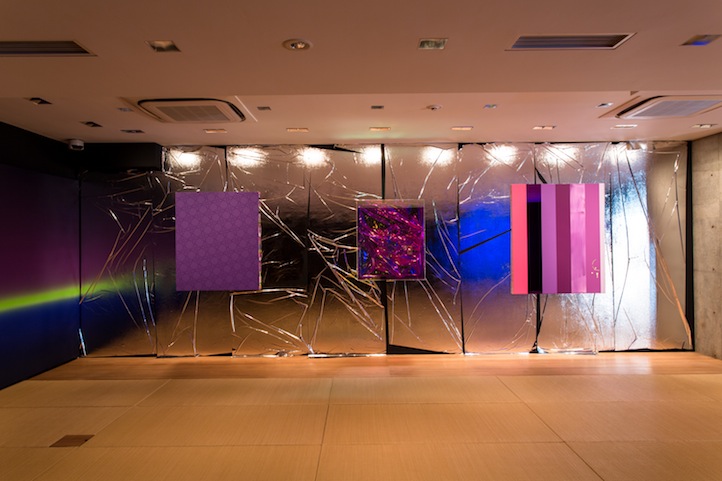