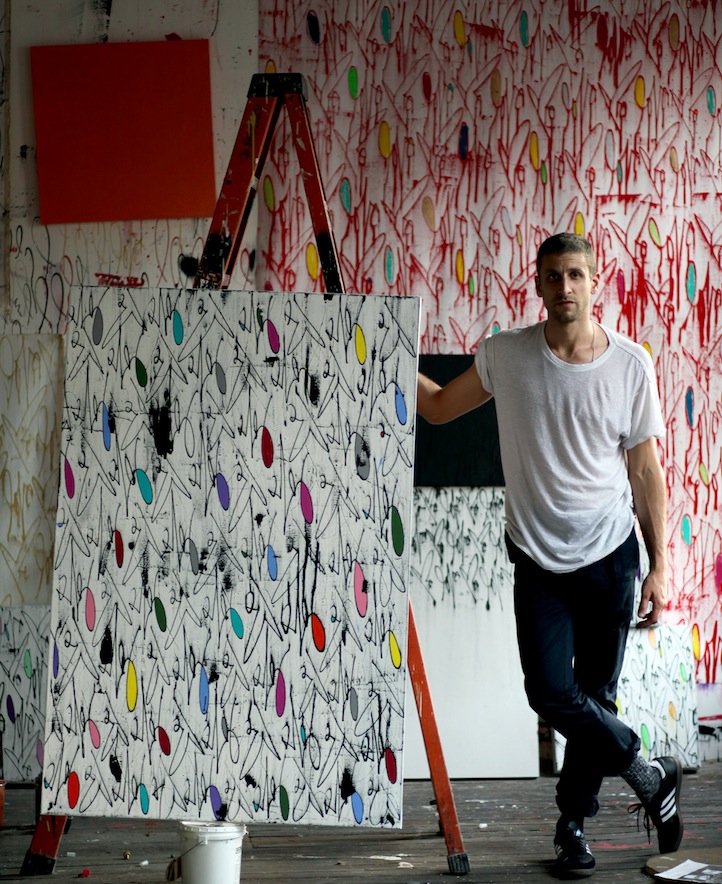 You’ve seen his “Love Me” scribbled all over New York City. The guy behind the romanticized tag has been keeping busy, collaborating with Vans, Nike, and The Ace Hotel on a series of projects. But growing up, his lack of attention in school has parlayed into his passion-project-turned-career. Here, artist Curtis Kulig gets the Life+Times treatment.

Life+Times: I’ve been able to describe you as an artist, a photographer, an illustrator and more. If you had to choose one title to describe yourself and what you do – what would it be and why?
Curtis Kulig: Artist. It describes all of it. Whether I’m painting or shooting film or writing “Love Me,” it doesn’t put limits on how I’m seen and I like that. 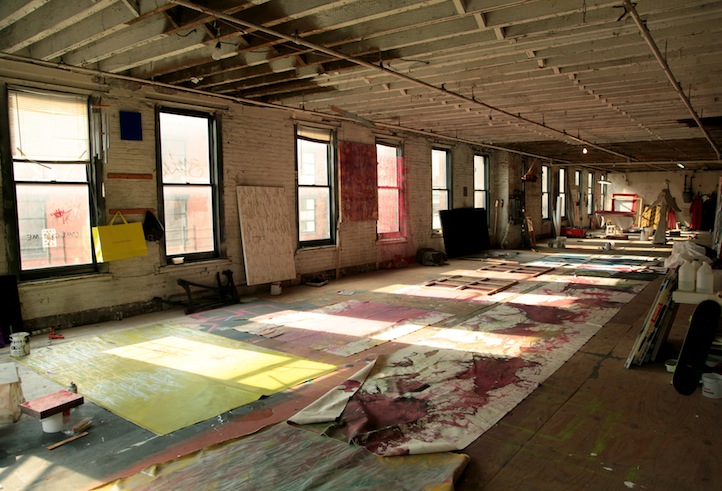 L+T: Tell me a little bit about what you were interested in growing up. How has that parlayed into what you do now?
CK: I always had trouble paying attention in school. Skating and punk rock shows were my outlets. My dad would have me help out at his print shop and I would watch my uncle paint. I think the combination of having zero attention span, a need for adrenaline, and early exposure to paint, typography and color. It all adds up to what I’m doing for a living now. 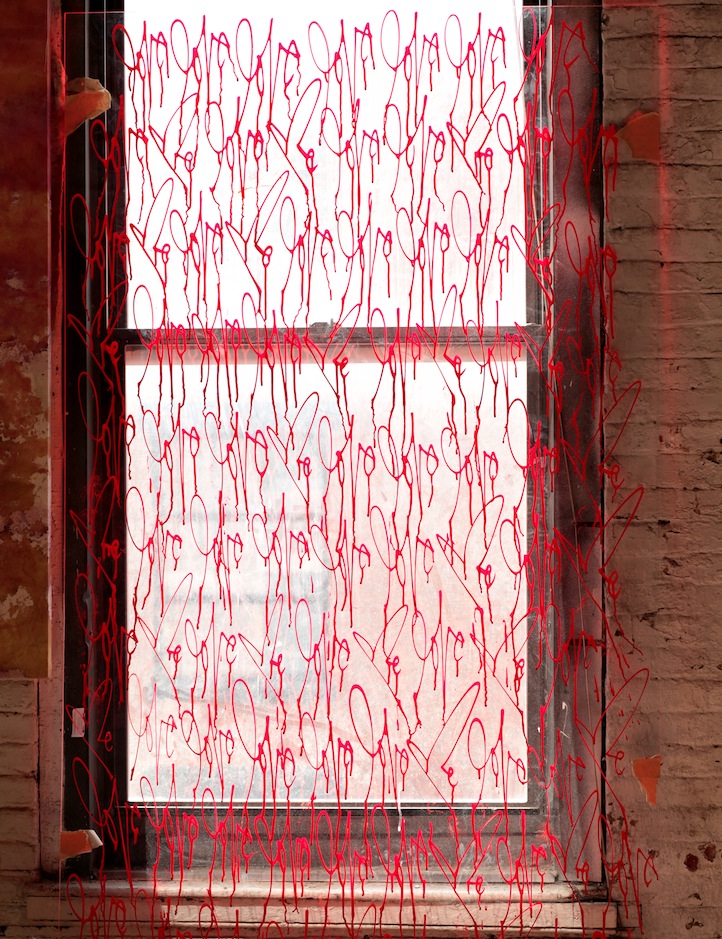 L+T: Let’s get the “Love Me” out of the way. Why and how did this originate? What’s the meaning behind it?
CK: It’s something I started writing in LA in 2005. A few friends have some of the first pieces, but I didn’t think much of it then. When I moved to NY a few years later, I became more focused on it. I guess that’s what New York does – it makes everything accelerate faster. By 2009 I started being asked to do collaborations, travel the world, stuff like that. Now between paintings and sculptures on the fine art side and branding projects on the commercial side, it’s a full time job. I’m not sure what it means. I think it’s in the mind of the viewer and for me, that’s what makes it interesting.

L+T: Why do you think it has captured such a large audience? Do you think it’s a message – whatever the reasoning – that people from all walks of like can take from it?
CK: I guess it’s simple. And it appeals to our most basic need. 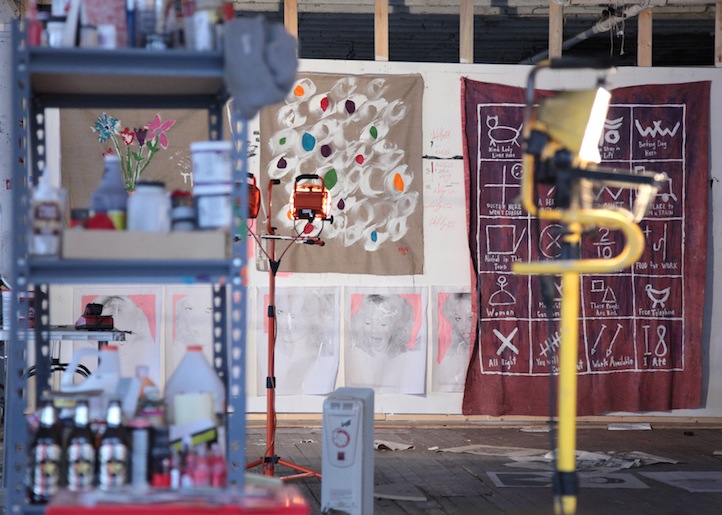 L+T: You’ve collaborated with Nike, The Ace Hotel, Vans and more. Who would be your dream collaboration/collaborator? Why?
CK: Karl Lagerfeld. I’m just sort of fascinated by him and how he can evolve Chanel but still keep it timeless. And I think it would be cool to do something with Coca-Cola. It’s iconic all American. Or Paul Newman.

L+T: What are you working on next?
CK: I did a cosmetics collection for Smashbox and a classic collection for Vans. Both come out in the start of 2013. Deer Dana and I are working on some things, my favorite! As for right now, I just launched a little online shop since everyone is always asking for stickers and tees, but I’ll drop other surprises in the months to come as well.

L+T: Tell us a little bit about your Photo Journal? How did this originate? And why?
CK: Photography has always been a big part of my life. The idea of documentation, and more so the idea of portraiture and expression and change. I started putting photos online after I had so much film built up over the years. Currently it is being updated when I have time, though I wish I had more time for it. The Polaroid section is updated more than the journal. 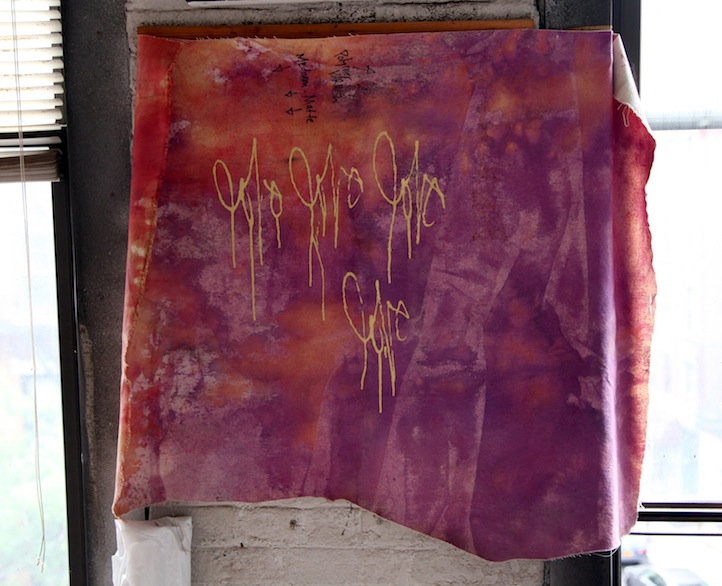