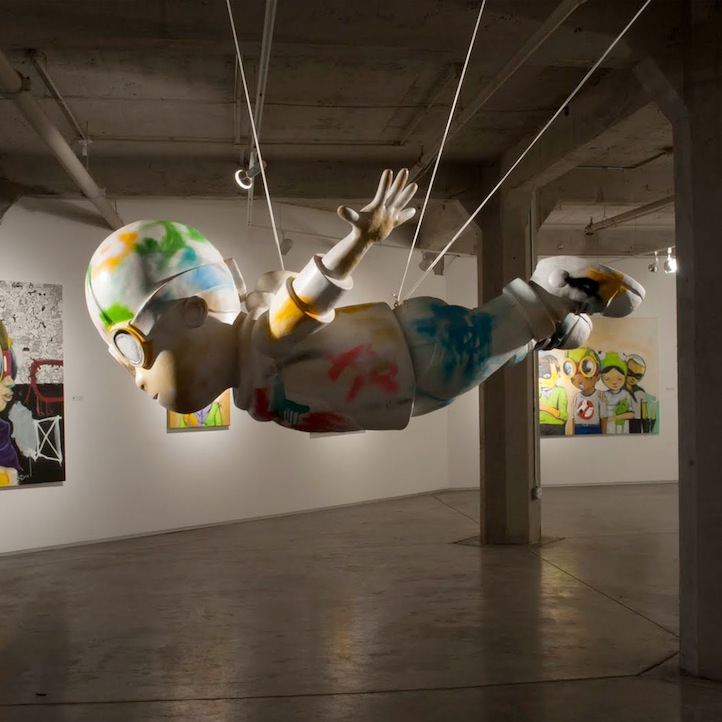 Chicago-based artist Hebru Brantley is looking to carry on the legacy of the inherent relationship between hip-hop and art, focusing mainly on graffiti. His latest effort to do so is sprawled over two floors and a couple thousand square feet, dubbed “Yesterday’s Losers.” Tucked into Chicago’s South Loop, it features dozens of paintings, graffiti, drawings, installments, sculptures and other pieces.

“I didn’t want to use anything traditional because I don’t feel like my work is traditional,” he says. “Given that I have this space, I didn’t want to use drywall and just hang paintings. I wanted to make it interesting and keep the feel of this space, because it’s very industrial. The opportunity arose to get some of this old hardwood and I felt like it was kind of ideal to put into this space. I use a lot a Nike iconography. Certain older artists would use birds for freedom. As we grew up, we didn’t see many birds. If I did, they were pigeons. The closest I’ve ever seen to flight is what these guys can do.”

Life+Times: Explain the meaning behind the name “Yesterday’s Losers.”
Hebru Brantley: Old folks tend to frown upon the younger generation. But in their time, it was the same thing. It’s generational and keeps repeating itself. I’m a product of the MTV, rap generation. A child of history, and my history is getting richer by the day. We have a Black president now, there’s a power struggle, a shift, but we don’t have a great war, we don’t have what our parents had. Our history is different. I feel like a lot of my generation is looked upon as being shiftless, lazy, and losers. When I grew up the nerds were always shunned. Those kids who were geeky, those kids who were different, who didn’t necessarily subscribe to the track that everybody else rode on. Those different kids – yesterday’s loser’s – are today’s CEOs. Steve Jobs, Bill Gates, Steven Spielberg, Kanye West, those guys who are geniuses. The ones who were shunned upon and written off are the ones who shaped culture. 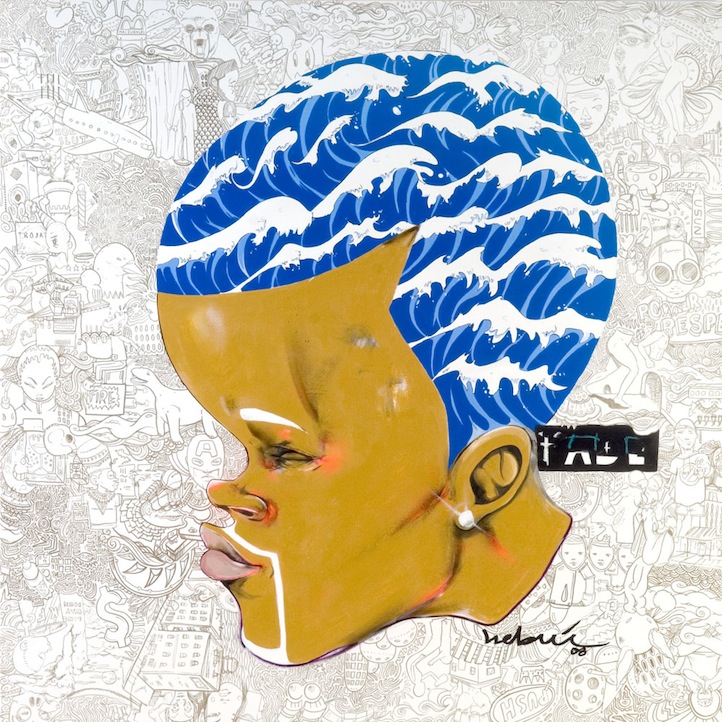 L+T: Was it hard to get people to pay attention?
HB: At first, [yes]. But my audience has definitely grown, and I’m appreciative of that, because, people say New York or L.A. is hard, but Chicago, I think, is the hardest market. It’s not a place with strong support or a strong background. There’s not a lot of support. Places like L.A. or New York are more fashioned to be spots for the underdogs. They’re boutique-based. Because everybody wants to be on the cutting edge, it’s like, ‘Oh, you don’t know about this? Well let me put you on.’ Chicago is like, ‘Oh, you don’t about this? Haha, well I can’t tell you about it.’ So for me to be as well-received as I have been, it’s a blessing. It’s been great.

L+T: How has hip-hop influenced you in your work?
HB: It has a great deal of influence. It’s what I listen to when I’m creating, brushing my teeth. It is who I am. The [Souls of Mischief] statement, “93 Til…” kind quantifies everything as far as my relationship with art, my relationship with music and where it all derives from. That was a big time in my life, when you get to be a teenager and things start shaping. 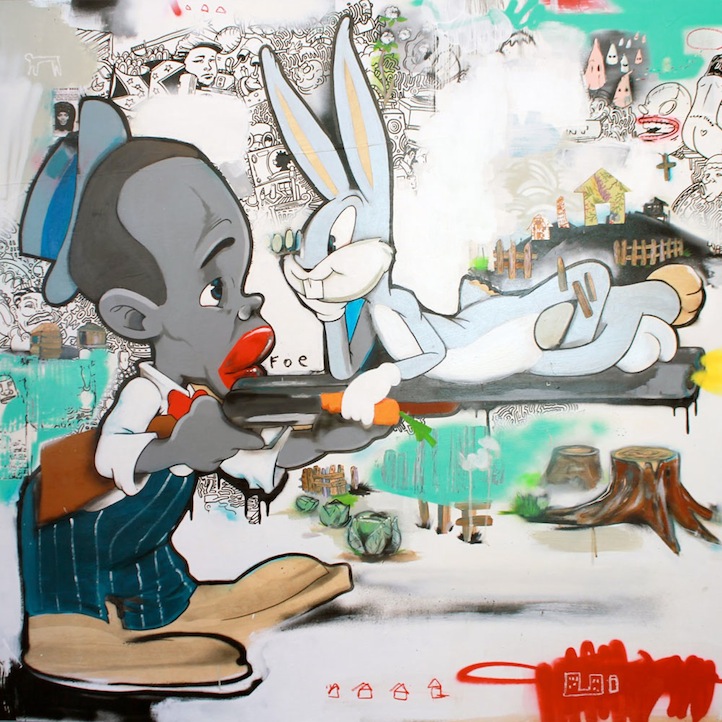 L+T: Was graffiti how you got into art, then?
HB: Absolutely. I think for most people in my generation, kids that are into art, it starts one of three way: cartoons, graffiti or comics. Something catches your eye at an early age that sparks that within you. For a lot my peer group, that’s what did it for them.

L+T: As an artist, what is your ultimate goal?
HB: To be considered a master. To go down in history and to be a huge part of history as it relates to contemporary art. The guys that I grew up looking towards, how I marveled at what they did, I want that same thing.