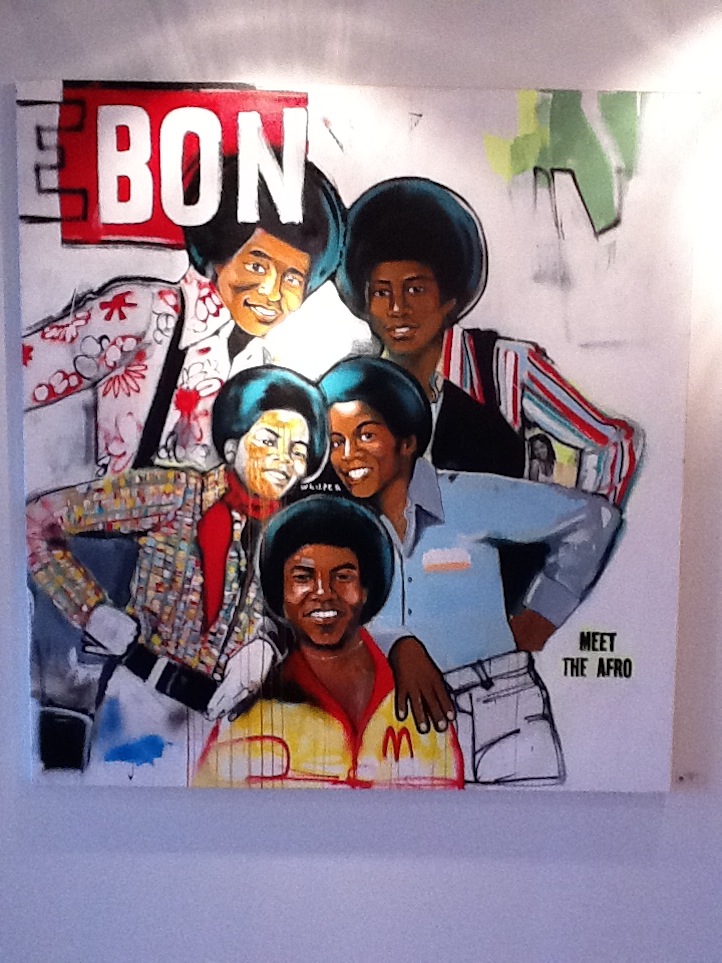 I did a small series when I was in New York, and it was just appropriated images from old Life magazines, Ebony and Jet, juxtaposing them against things in contemporary pop culture and painting them in a non-tradition portrait sense. This piece, in particular, was kind of my tribute to Michael [Jackson] when he died. It’s called “Joe’s Boys” and talks about social identity. Being trapped in a certain thing at an early age, and how it shapes [people]. You see the color bleeding from his face, it’s kind of a precognition of what happened to him eventually.