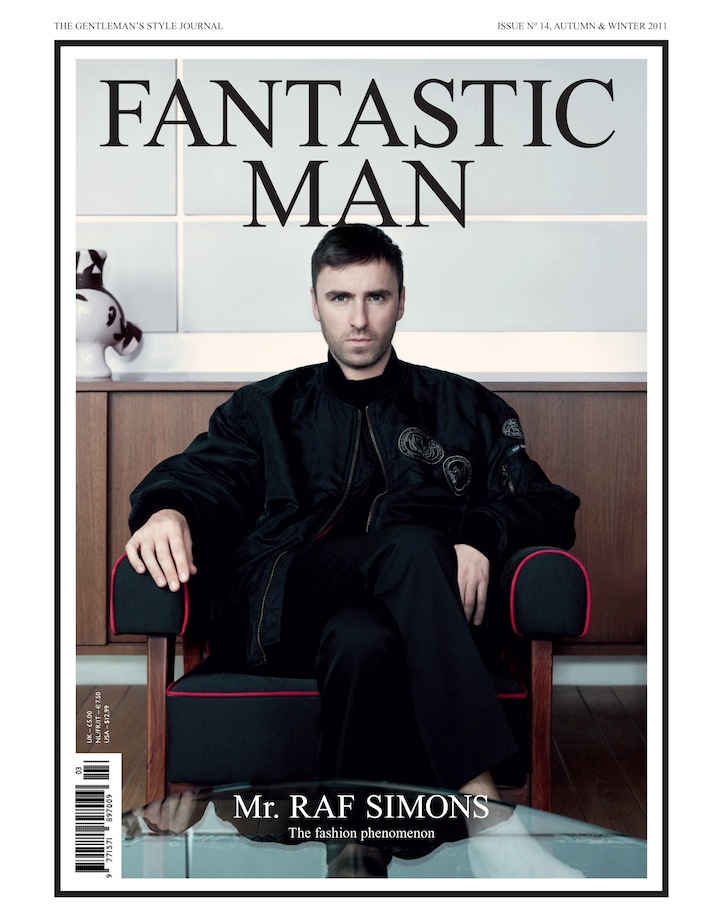 On September 13th, culminating with a dance party in New York City during Fashion Week, European men’s lifestyle publication Fantastic Man will be debuting their 14th issue, featuring designer Raf Simons on the cover. Leading up to the issue’s unveiling, Life+Times spoke with Gert Jonkers, the magazine’s editor-in-chief about copycats, the perfect pair of socks, and how he went from singing country tunes to spearheading one of the world’s most innovative magazines.

Life+Times: Who is your definition of a “Fantastic Man?”
Gert Jonkers: Fantasticality occurs in many men, and as a magazine we love to be inclusive and not rule out 99% of the world because they wouldn’t fit in our ‘life style’, which I think is a dreadful invention of the 1990s media. I think, however, that all fantastic men have pretty good manners, are modern and have a good sense of humor. 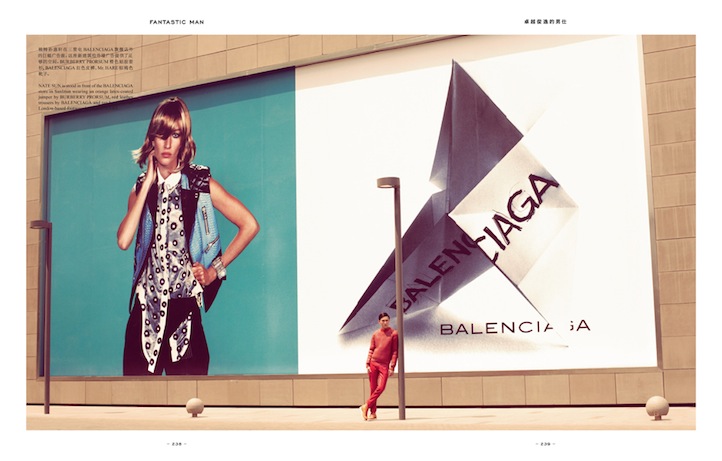 L+T: You started out singing country music – how did the change to editorial transpire?
GJ: I don’t see them as very different disciplines. One is opening your mouth on stage; the other is opening your mouth on paper. My dad was a preacher, I don’t know if that’s got something to do with it, but it might run in the family. My brother Hank is an amazing and extremely loud drummer. But I didn’t enjoy standing on stage much, which was my main reason to stop making music. It’s the same reason why I like writing but am not a fan of speaking in public.

L+T: What do you think it is about Amsterdam culture that resonates in the product you produce?
GJ: We love to have a good laugh and we’re quite clear and open and blunt about things. The Dutch aren’t super mysterious or overly romantic when it comes to information. Fantastic Man doesn’t have an overly romantic blah-blah tone of voice, because the Dutch are quite straightforward. 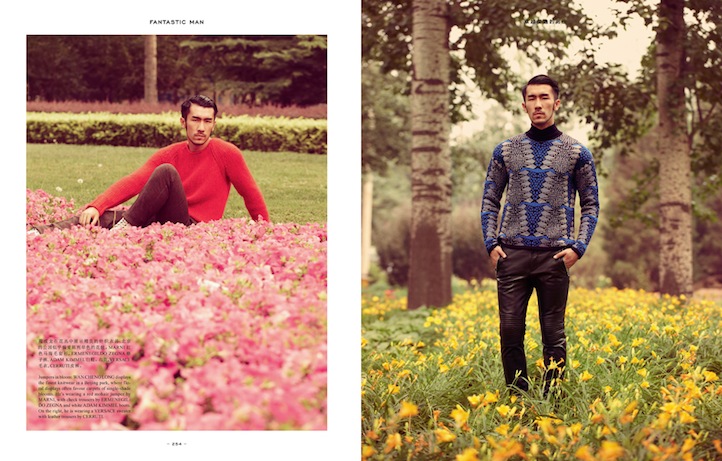 L+T: Tell me about the White Brief Project – how did this come about?
GJ: We like a good pair of underwear when we see one, and so we gravitated towards The White Briefs who make really great basics with no fuss. Next thing, we started discussing a collaboration. Voilà! We wanted to do a pair of underwear that was both covering and uncovering. It’s see-through and it’s very airy, yet, oddly, when worn as an under layer it’s quite warm. Mesh is quite a miraculous product.

L+T: What are you currently working on?
GJ: Just finished the new issue of Fantastic Man, issue #14, for Autumn/Winter 2011, with the phenomenal designer Mr. Raf Simons on the cover. We’ll celebrate the issue with a dance party in New York on September 13th in collaboration with adidas SLVR. We’re also launching a series of five short fashion films that the Amsterdam-based artist duo Lernert & Sander have made for us. They’re incredible. The films will be visible on our website starting September 12. On a personal note, I’ll be busy in the coming months implementing the basics of Getting Things Done, a book on efficiency and time-management that was a tip from Matthew Slotover, the co-director of Frieze Art Fair. It’s a challenging but rather studious method to deal with billions of emails, appointments, etc. I’m quite excited about the results – if it works! 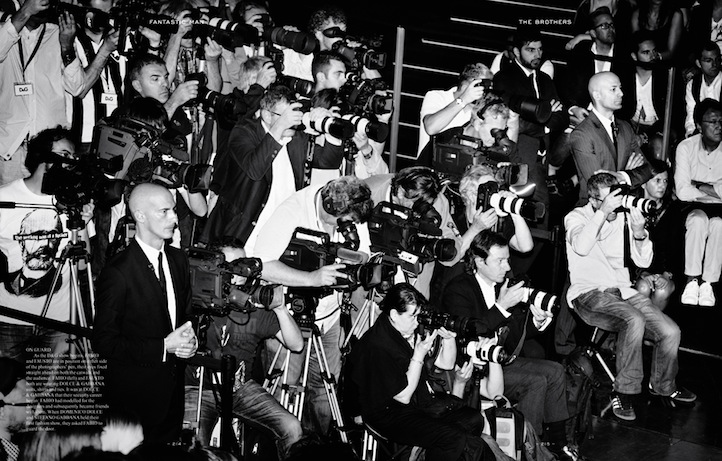 L+T: Biggest turn on/Biggest turn off?
GJ: Turn on: Working with incredible people. Wearing a perfect pair of socks is quite a kick too. Turn off: Copycats.

L+T: What is your career highlight thus far?
GJ: Meeting Gore Vidal at his home in Hollywood Hills, and, in the same week, having dinner at Benedikt Taschen‘s saucer-shaped Chemosphere house in LA. 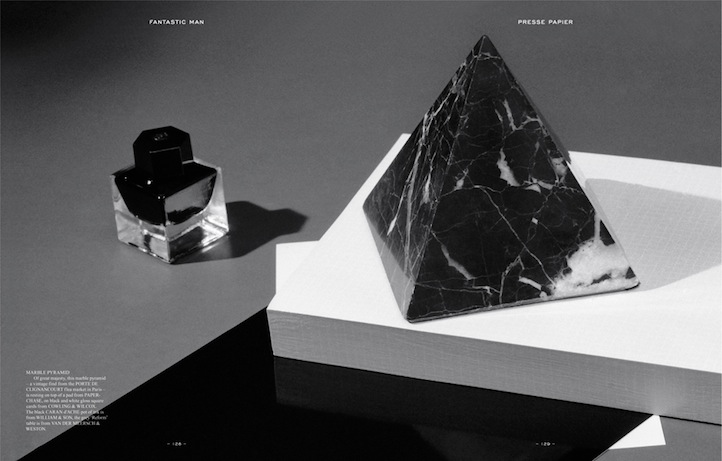 L+T: What do you think The Fantastic Man offers that other publications don’t?
GJ: Lots of amazing photos, mostly black & white, and good stories that talk about the here and now and the future. It’s quite an original publication if I may say so. 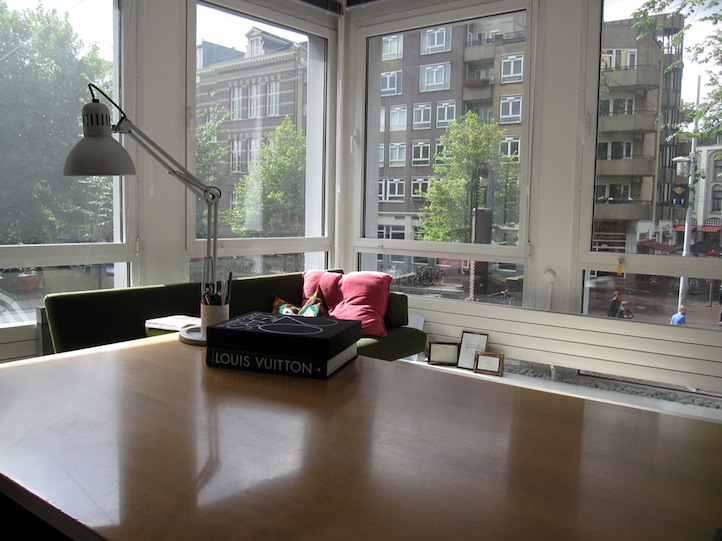 L+T: Take us through a day in your life?
GJ: Wake up. Switch on the radio, listen to the news. Get up, do two or three sun salutations, read the newspaper and Women’s Wear Daily online. Shower, cycle to the office, talk with colleagues, work, think, read and answer one thousand e-mails, go home, watch the news, have dinner, listen to music, etc. (Fantastic Man)