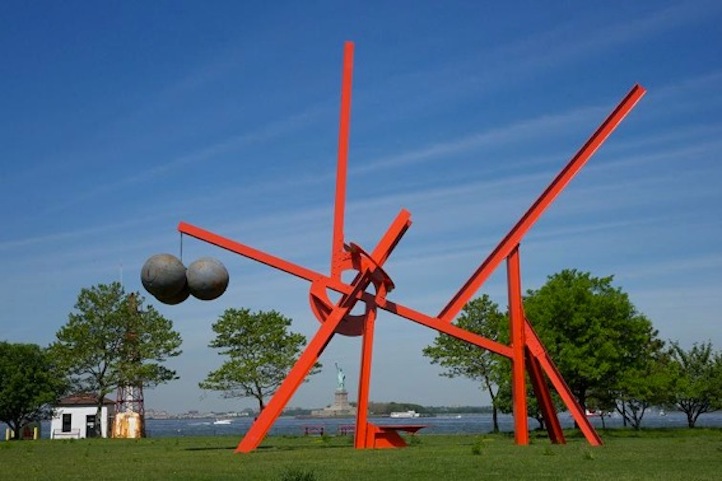 Governor’s Island, New York has been transformed into an outdoor sculptural park with eleven works from Mark di Suvero positioned over the 172-acre expanse of the former military base. 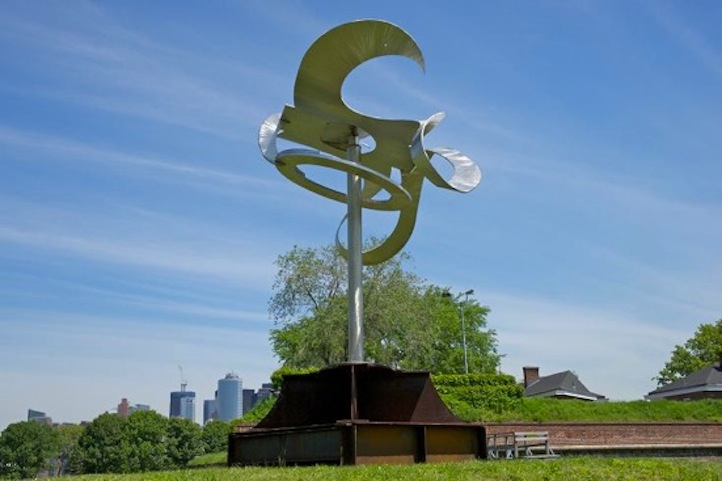 Di Suvero is a Chinese-born artist, who grew up in the San Francisco Bay area. He has lived and worked out of New York City since 1957 and also maintains a California studio. “I think he’s achieved something wonderful throughout out the island having these sculptures in dialogue with each other,” says Storm King Art Center president John Stern. 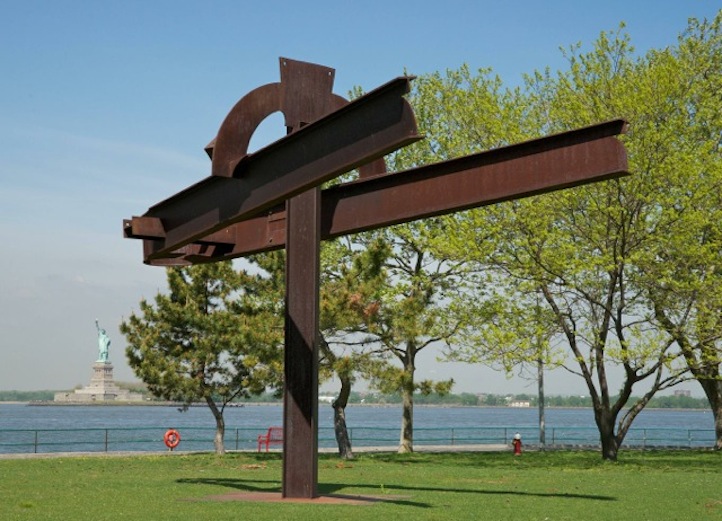 The work dates back to 1977 and includes several more contemporary pieces, which are on loan from private and public collectors and Storm King Art Center, which presents the exhibition. The art center is located on 500 lush acres in the Hudson Valley dotted with impressive sculpture. This is Storm King’s first off-site exhibition, but the center has held three major exhibitions of di Suvero’s work. “When you go over to Governor’s Island you have feeling of coming to Storm King and stepping out of every day life and allowing yourself time to interact,” Stern says. 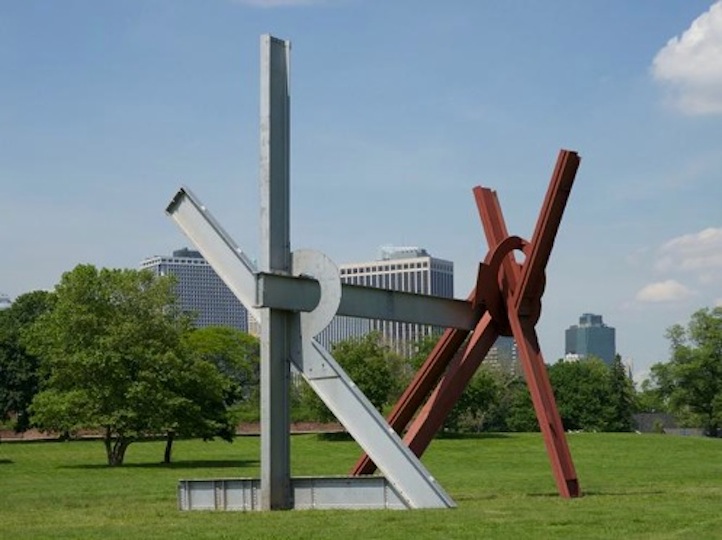 The striking three-dimensional forms take on interesting perspective against the backdrop of the New York skyline. In “Mahatma,” di Suvero has created a 7,000 pound 3 beam. “She,” is a massive fifty-two-foot wide sculpture consisting of a steam roller and a wooden platform and di Suvero pays homage to his dog in the work “Old Buddy (For Rosko).” Di Suvero co-founded the first artist cooperative in New York City and established the Socrates Sculpture Park in Queens. 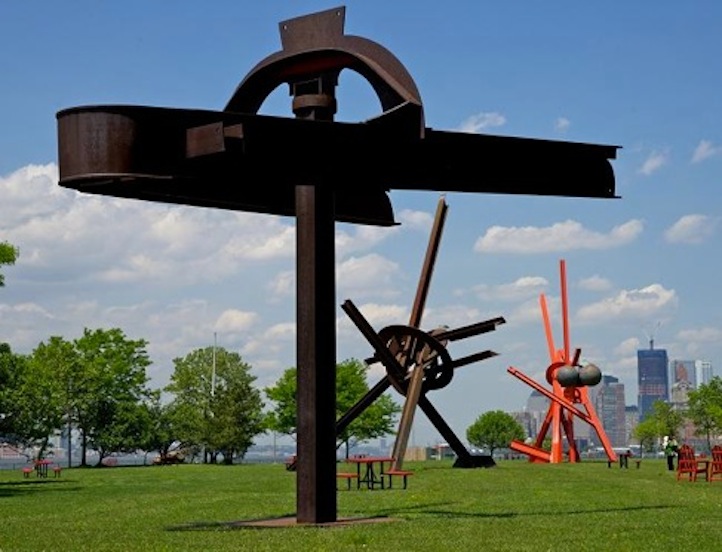 Photographs and video of di Suvero’s installation are also on view. “There’s such a lively public art wave in New York City right now and we’re fortunate to be a part of that.” Stern says. “It gives a real range of Mark’s large scale works to intimate work on a smaller scale that also highlight how many different views there are of the island.”

The exhibit closes Sept. 25. The Storm King app has a helpful guide for visitors.