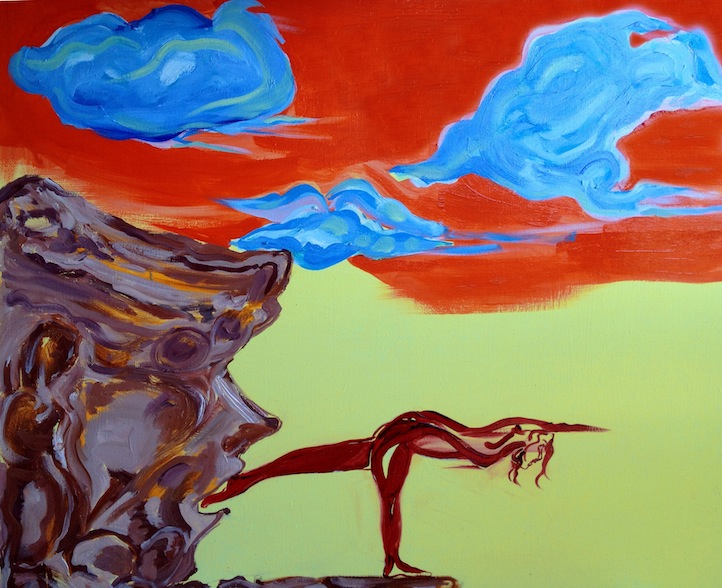 Today, Tripoli Gallery is pleased to announce an exhibition by Lola Montes Schnabel entitled Within Reach. In Within Reach, Schnabel explores the most primal and paradoxical human instincts, the desire to be boundless. The series of oil paintings and watercolors evoke oceanic realms whose landscapes and figures remain ceaselessly ephemeral yet always connected, bound by a kindred condition. As one painting leads to the next, landmasses morph into figures and a progression is revealed. The paintings become discoveries and dictate their own development. Here, we speak exclusively with Schnabel about the meaning behind her message.

L+T: Your paintings are frozen vignettes in time that speak to your strong background in filmmaking. When did the transition take place?
Lola Schnabel: The first film I made was called Lazy Bones at 16. I wrapped 16mm film all around the trees in my mother’s garden and painted each frame making mini-abstract paintings with a two haired brush that added up to the image in the film; the process of making an entire story with moving images to discover the one frame that could not have existed if you hadn’t made that. I have found that my short films guide me to the art I want to make. It takes an entire montage of images to get the one photograph that becomes a painting. Sometimes I have to draw a storyboard to find out what I want to film, all of these elements occur at the same time.

L+T: Do you see both realms as interconnected? If so, how?
LS: They are interconnected in both painting and film making my goal is to create metaphors symbols archetypes’ of different human conditions instincts and emotions. 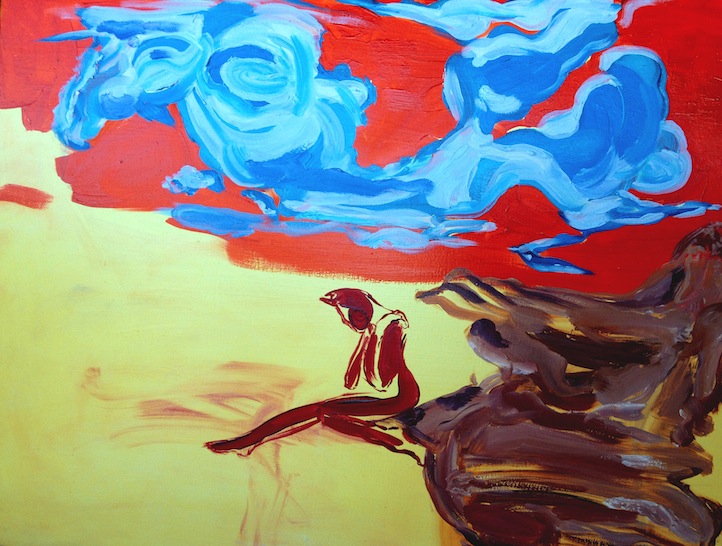 L+T: What message do you want viewers to walk away with after looking at Within Reach?
LS: The show to me is about being captured or having to dive head first into what’s in front of you. I would hope that viewers go home with the freedom that paintings can give you, freedom to go within their own imaginations – an urge to make others paint.

L+T: What, as both an artist and a person, would you say Within Reach says about you? What information do you feel it subconsciously reveals?
LS: This show is evidence of my subconscious. It speaks very much about the life force, expansion from the trappings of our body’s through a longing to be boundless. I believe that one should own their joy, not depend on exterior stuff to feel whole – be it a lover, food or possessions. In this group of pictures I have drawn a place where the “stuff ” is the ghosts in the rocks, the sunlight or a dragon in a cloud – the spirit in all things that last beyond this life.

L+T: What are you working on next?
LS: February I will be filming Maestro Luigi Ontani‘s retrospective [in Rome] at the Anderson museum to complete my film on him that I hope to project at the Venice Biannual. Then the Kumbh Mela [Hindu pilgrimage] that takes place every twelve years in India. 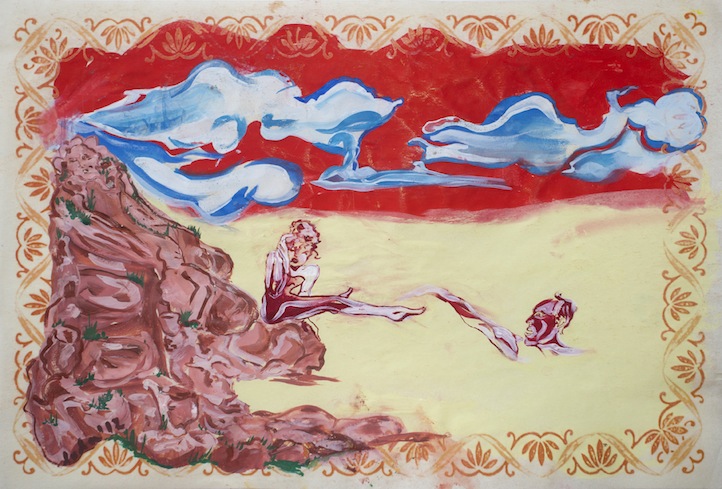