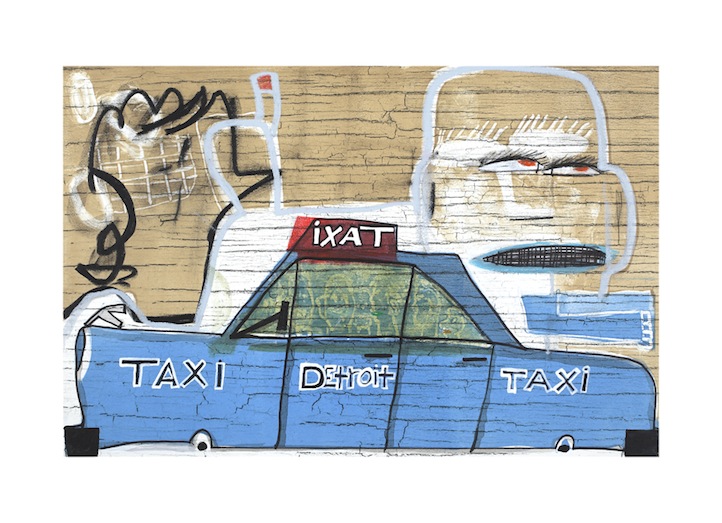 In 1986, artist Tyree Guyton founded The Heidelberg Project on a rundown street on Detroit’s East Side. Guyton didn’t seek permission to install the public art project; he was responding to his grandfather’s encouragement to paint as a way to deal with frustration. Guyton transformed a forgotten corner of Detroit into a whimsical installation, using found objects and a pastel palette, and in the process found his voice as an artist. “I saw the need to take found objects from all over the city that people would say was junk and I gave it a new meaning,” he said. “I had toilets, a bathtub and street signs and a phone booth. I even had a couch that was on the house.”

Today, the Heidelberg project is intact, spanning two city blocks. Guyton says that over quarter of a million people visit the Heidelberg Project every year. It functions as a viable non-profit organization, a remarkable accomplishment considering the city of Detroit demolished it twice under the leadership of two mayors in the 1990’s. Though the city fought against Guyton, he received several awards and national attention, including a guest appearance on The Oprah Winfrey Show and The Today Show. What the demolitions did was in fact push Guyton to preserve and stretch the boundaries of his work. Guyton ultimately covered houses, trees and the street with polka dots. Polka dots became have become a signature. 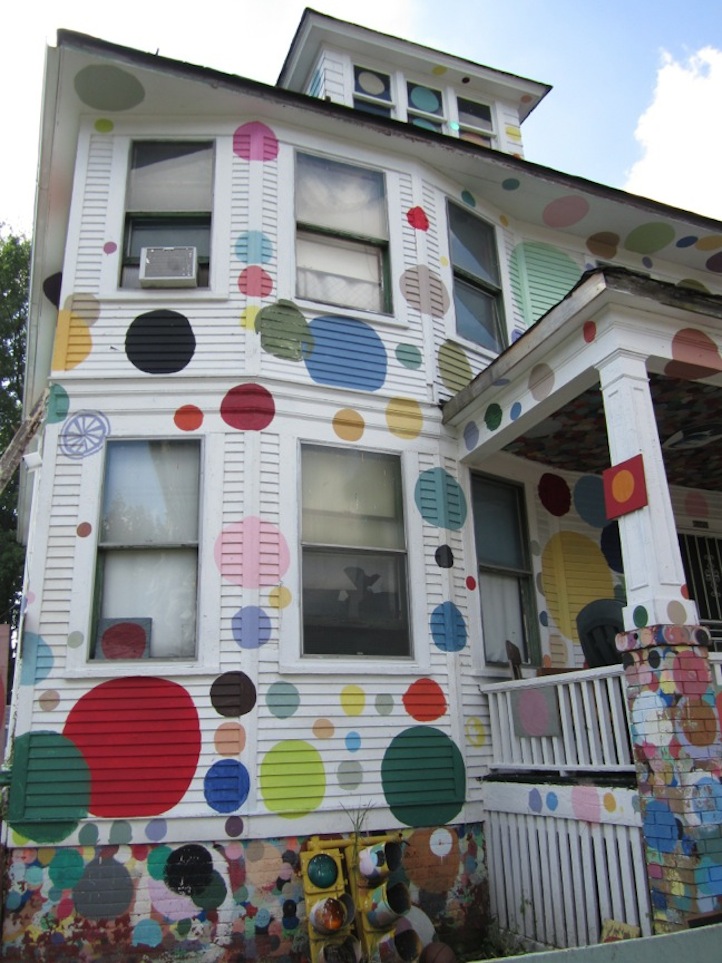 “The two times the city tore down I was on trial. I was fined and arrested. My case went to the local Supreme Court in Michigan, and I refused to take the project apart,” he said. “When I was fighting city government I told the city council that I was going to polka dot the whole city if they should demolish the project again. The city came over in ’99 and demolished the project again and I went out and I began to polka dot the whole city.” Some his supporters pitched in and joined the all-city campaign.

Guyton, a sculptor and a painter continues to make work. His work is held at the Detroit Institute of Arts and the Studio Museum in Harlem. In 2008, Guyton received an honorary doctorate from the College of Creative Studies and has since been working on a dissertation. Last year he completed a residency in Basel, Switzerland and the show “Two countries, Two cities, One Spirit” in Bern, Switzerland. He will show his work at the CUE Art Foundation in New York this fall. But it was the notoriety of the Heidelberg Project that fostered the growth, a desire to make something beautiful out of despair.

“Every genre of artistic endeavor comes with a price,” he said. “You have to educate the world; it takes time. That’s what I had to do with the city of Detroit. When they tore it down the first time I put it back up, and the second time was better than the first and it keeps getting better.” 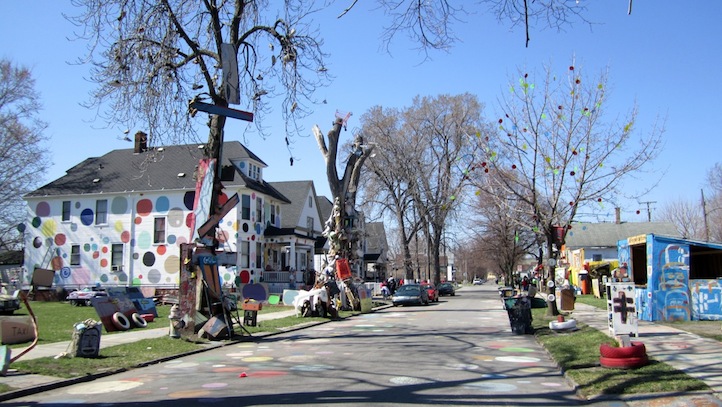