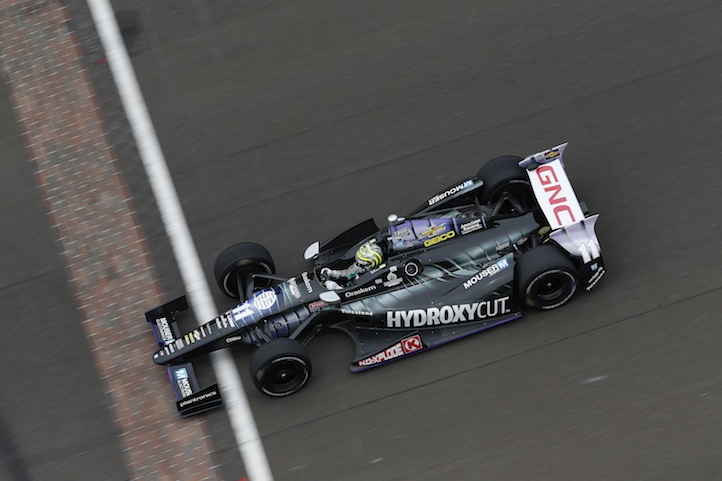 The 97th running of the Indianapolis 500 proved to be a thrilling spectacle for the record books on Memorial Day Weekend. When the checkered flag came down after 200 laps, Brazilian-born Tony Kanaan emerged as the victor of the 500-mile race. Over 200,000 spectators filled the aging grandstands for the ceremonial beginning. As the official call rang across the loud speaker, “Ladies and gentleman, start your engines,” all eyes were on drivers Dario Franchitti and Helio Castroneves, who each sought their fourth Indy victory, and on the four women drivers including Simona de Silvestro and Ana Beatriz, who were considered to be serious contenders in the field of 33 drivers. 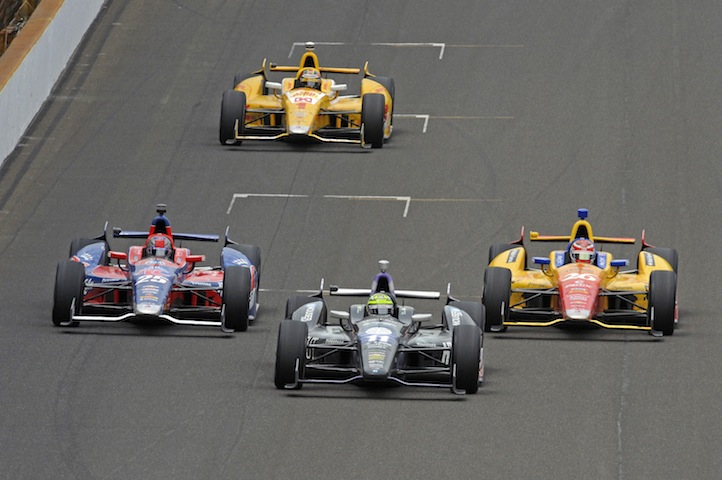 The sky stayed a misty gray for the duration of the race, but the rain that was promised never came down. Instead, the drivers ran the fastest race in Indy 500 history as the cars whirred around the 2.5 miles long oval in a deafening roar clustered in a dizzying pack. The average speed was 187.433 mph in the open-wheel open cockpit cars that ran on Firestone Firehawk tires in cars stocked with Chevy and Honda engines. Marco Andretti, great-grandson of the racing legend Mario, seemed to be in control of the lead at times, as Castroneves battled his way to the front of the pack to take the lead The lead in the race changed 68 times, breaking another Indy record. But Kanaan, who had run at Indy 12 times, was relentless in his pursuit, gaining the lead 15 times over the course of the race. When Franchitti’s car crashed before the final laps, Kanaan had already sprinted ahead to hold onto the lead after the yellow caution flag flew. Moments after the race ended Kanaan coated himself in a layer of ceremonial milk in celebration, another element of the curious Indy 500 traditions. 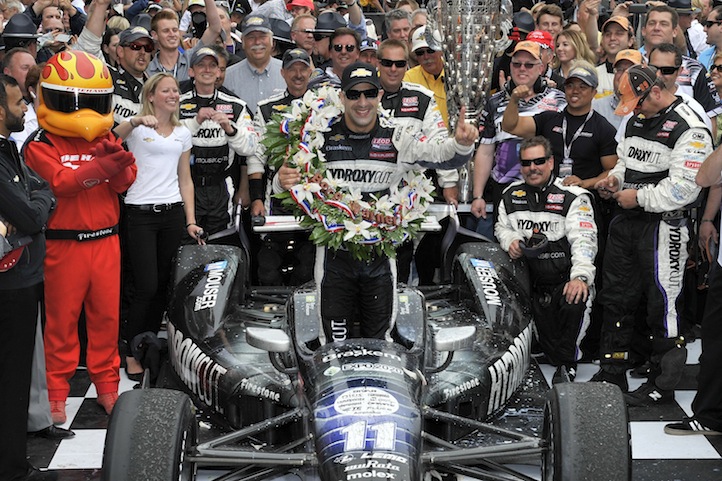 Kanaan takes home a $2.3 million out of the $12 million purse. There’s something about the pageantry and lore of the Indianapolis 500 that captures the romance and reverence of motor sports, where man, woman and machine meet for an annual tangle of talent and luck at the place they call the Brickyard.