This year, the Budweiser Made In America Festival will showcase an even bigger lineup of EDM artists from both the mainstream and underground scenes. TJR (TJ Rozdilsky), a California based DJ-producer, is among the group of EDM acts on the roster. His eclectic music choices and versatile technique is highlighted in his live sets and production. Here, TJR talks to Life + Times about his current European Vacation Tour, how his partnership with Pitbull surfaced, and his thoughts on the Budweiser Made In America Festival.

Life + Times: Do you prefer the underground gigs versus Lavo, Pacha and other similar places?
TJR: They both obviously have different vibes. That’s a tough question. I do kind of like the more underground because I love mixing. I can play big tracks all day and it’s not necessarily the most fun to actually DJ because you just play one big song, the next big song – it’s not about mixing, it’s not about really being creative. You’re more or less giving them what they want. When you do these gigs, you’re more or less reading the crowd and I like mixing three tracks at one time. So, you get really creative, you get really unique mixes. It’s just a lot more fun. It’s more about grooving and people just kind of bobbing their heads. The big gigs pay the best money. (Laughs)

L+T: Well, of course. That’s a given. In terms of just having fun and being able to experiment, the underground tends to be a bit more open.
TJR: Yeah, people lose their minds a bit more. People are a bit higher at those kinds of places. (Laughs) You can go all over the place with them and they just freak out.

L+T: Actually I feel that way about your new mini mix. I freaked out when I heard that Kelis “Milkshake” remix.
TJR: That one is so much fun to play. See, a track like that is kind of cool because it’s a little more crossover. I can play that at bottle service and at an underground.

L+T: I noticed you uploaded the mix about a week ago. I’m guessing it’s inspired by your current European tour, but I could be wrong. Can you tell me what particularly motivated you to create this mix?
TJR: It’s kind of, like, the songs I’m playing at the moment. That’s why I put it together. It’s kind of the vibe I’m feeling from the tunes that I have. It’s showcasing a little bit of my sound that I’m doing right now that I think is a little bit different from others. I just kind of picked the tracks that are the best example for that sound right now.

L+T: It’s awesome that you landed a spot in MIA!
TJR: I’m pinching myself constantly. I really can’t believe I’m playing. With hip-hop and dance music together – I love that whole thing. I’m just super honored.

L+T: What artists are you looking forward to checking out at the festival?
TJR: I really want to see a lot of hip-hop guys, like 2 Chainz, because I see a lot of the dance guys anyways. I’ve never seen much hip hop or rap at a concert setting before. I kind of want to see what it’s all about and how they perform. I used to be super into hip hop in the ‘90s and late ‘80s. Then, I kind of drifted away from hit. Just recently, I’m really getting back into it again. That’s why I’m so psyched.

L+T: You mentioned that you typically see the DJs all of the time. When it comes to DJs in the electronic dance music scene, it makes me think of a parent that loves all their children – but, there’s always a favorite out of the bunch. Is there a DJ you genuinely enjoy seeing live the most?
TJR: My new favorite is Crookers. I’d never seen him DJ before and I saw him in Miami and I was like, “Dude, he can throw down!” He can scratch, he can do doubles – he can do everything. Then, I come to find out he started out as a battle DJ since, like, 11. So, I’m like, “Oh! This totally makes sense.” I got to see him a few times in Miami. He’s my new favorite guy right now. He really embodies what a DJ does and still uses old school DJ techniques of mixing and keeping things interesting.

L+T: The collaboration with Pitbull on “Don’t Stop The Party” – how did that come about?
TJR: My track, “Funky Vodka,” did really well. It went #1 on Beatport. My management was in discussion with Universal of turning the song into a mainstream song. So, then, we had to get a mainstream act to do a top line over it. The first choice was Pitbull. When they approached him about the record, he already knew about the song for months ahead – which I ended up finding out at the video shoot with him. He said that they used to play it in between tour stops, like him and his whole crew. They already kind of had the hook for it. He was like, “Hey papo! We already have the hook ready.” They approached him on a Thursday and he was in Europe touring; then that Saturday I got the full vocal back from him. That dude’s so fast. It kind of blew my mind. He and his crew are very in tune with what’s going on right now. He loves music.

L+T: Do you think a DJ is a musician?
TJR: That is a loaded question. I would say ‘no’ in the traditional sense. I think we’re entertainers. I kind of put it more in that category. There’s certain tools that you learn, but it’s just entertaining a crowd. For some reason, that’s a tough question. DJing is a weird thing. I don’t know where it fits necessarily. It goes back to what we were just talking about. For the bottle service world, as far as DJing in that world, I say ‘no’ – anybody can do it and there’s nothing that special about it. When you’re DJing in that style, you’re just playing big tunes, it doesn’t matter. Then, if you’re more toward a battle DJ and turntablist, then that’s where I think you’re getting close to being a musician. You’re actually making melodies with your scratches and your cuts. [With] beat juggling, you’re kind of drumming – you’re vinyl drumming. In that world, I think you’re more towards a musician. For probably 90% of the DJs out there, I wouldn’t give them the title of musician. 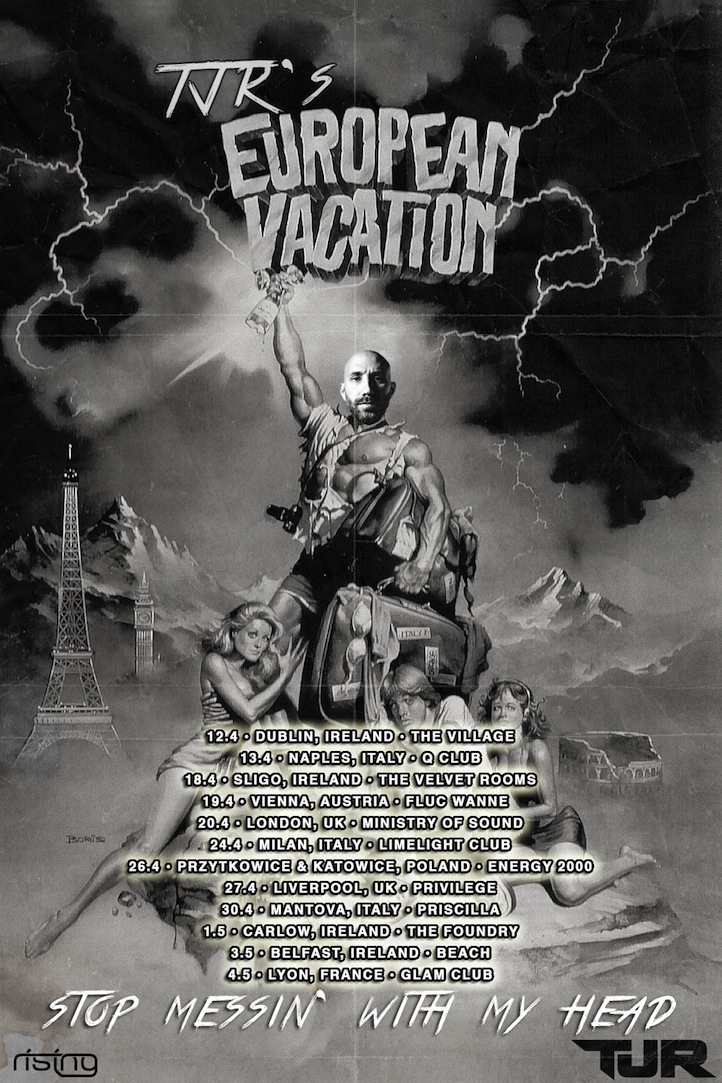