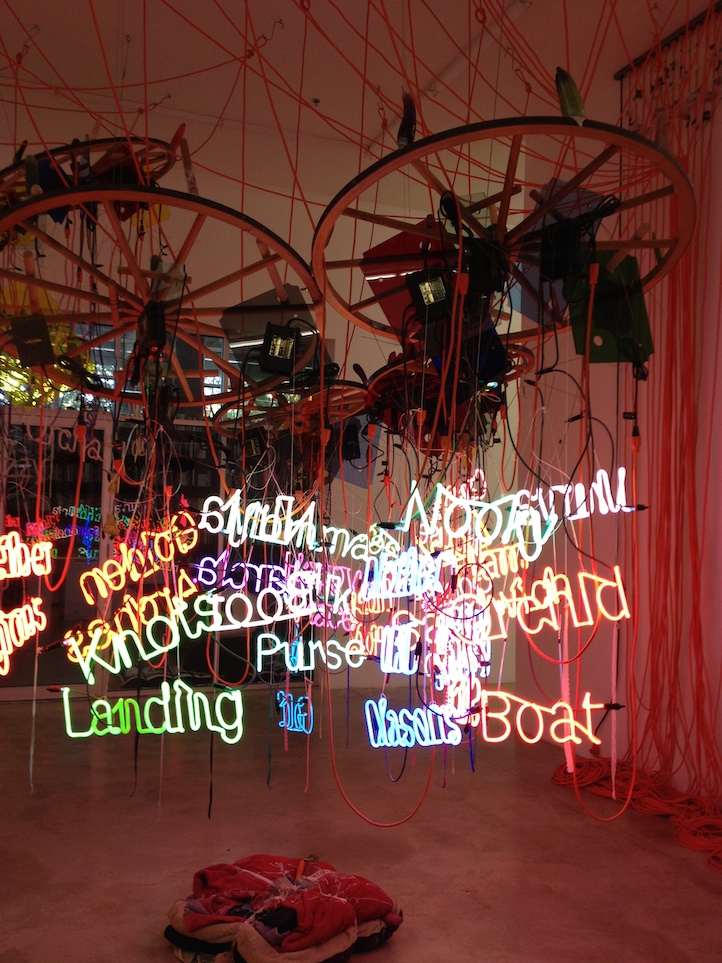 What began as an insular art world getaway over a decade ago has evolved into a full week of art overload that overtakes the city of Miami. To see, collect, and enjoy art in Miami is an ambitious but exhilarating endeavor. In 1970, a group of gallerists founded the original Art Basel art fair in Basel, Switzerland. Miami was added to the Basel calendar in 2002. This year Art Basel Hong Kong also launched as the Asian art market booms. The Miami fair centers around the Miami Convention Center, but the experience also encompasses several art fairs, museum openings, exhibitions in private collections and pop-art parties around the clock from South Beach to the Design District. 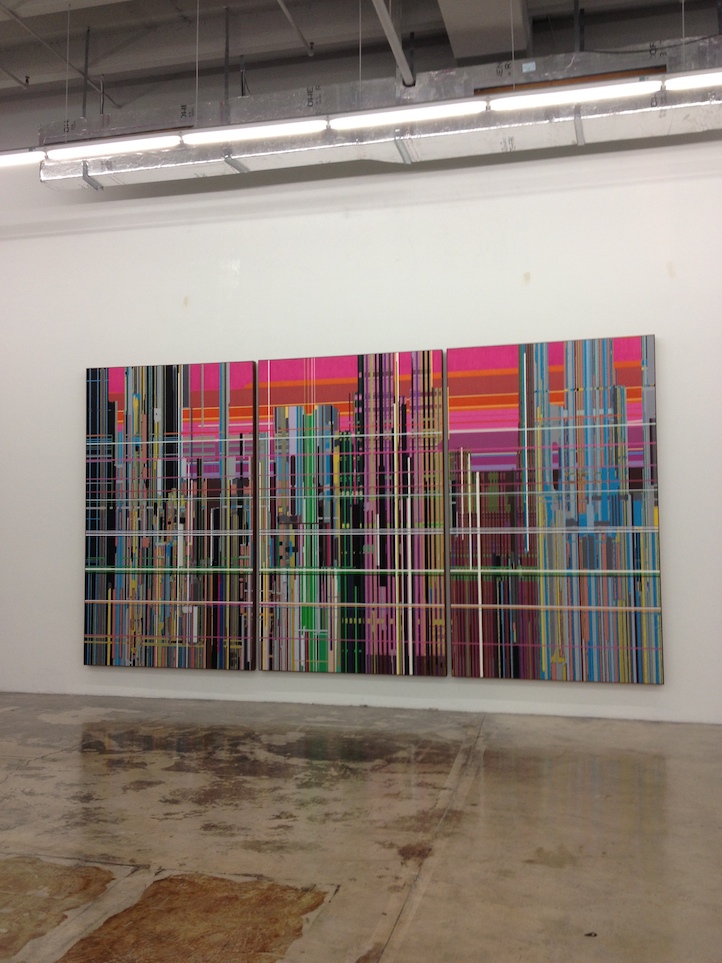 The week leading up to the official Art Basel dates was filled with coveted art world openings like Marina Abramovich’s A Portrait of Marina Abramović by artist filmmaker Matthew Placek and Tracy Emin’s solo exhibition at Museum Contemporary Art North Miami. The Rubell Family Collection, essentially an art collection that feels more like a private museum, opened the exhibition  28 Chinese including work by Ai Wei Wei. The activity was frenzied at the main fair beginning with the VIP preview of the fair on Wednesday, where top collectors snatched up six-figure works from blue chip galleries before noon. “The energy was on high. I saw a lot of artists present,” said curator Isolde Brielmaier. “The thing that struck me was that it was so well attended and everybody was buzzing – curators, museum directors, board members coming with groups, gallerists and artists.” 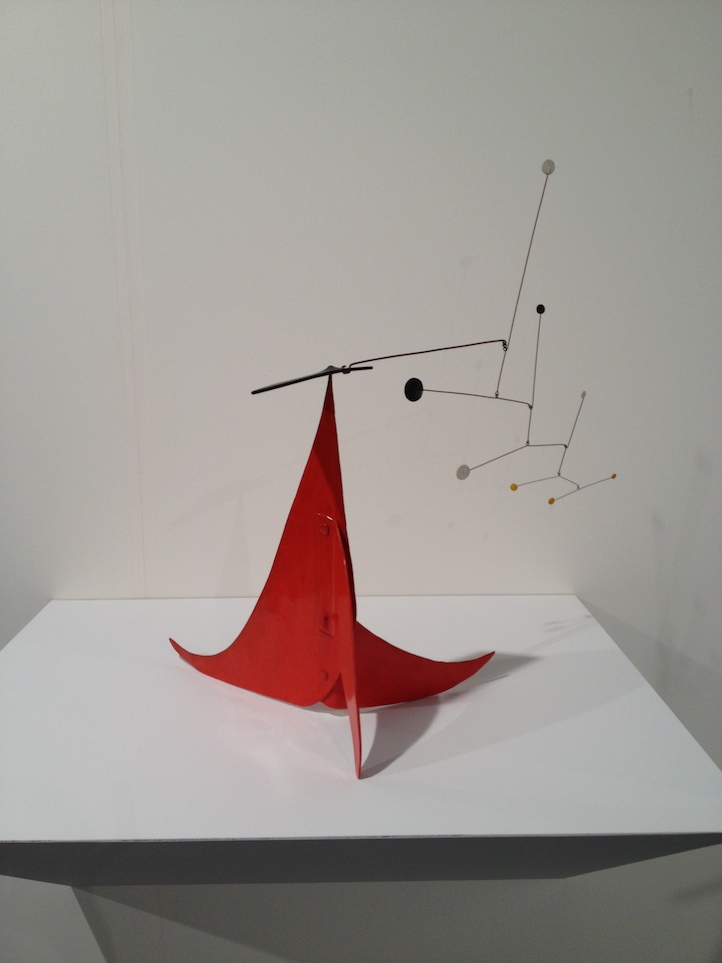 Outside of the fair, provocative art and design installations were smattered throughout the city — think splashes of color and palm trees. Richard Prince, Richard Phillips and Damien Hirst art cars were displayed in an exhibition held at Herzog & De Meuron parking garage in South Beach. The Wynwood Walls have transformed the community into an outdoor art park. Highlights included a new garden installation by Kenny Scharf and a mural by Lady Pink, best savored at Vanity Fair’s candlelit dinner attended by the artists in front of Shepard Fairey’s grand scale mural. A few blocks away, Miami-based David Castillo Gallery showed Open, a solo exhibition by the talented photographer and artists Xaviera Simmons. Design was represented at the Design Miami art fair and was found at pop-ups like Wallpaper’s Handmade exhibition in the Design District. Dazzling works by Kentucky-based artist Ebony Patterson from the Chicago-based gallery Monique Meloche were a standout at the open-air ambiance of the Untitled art fair held on the beach. The newly opened Perez Art Museum Miami drew art world luminaries to see the permanent collection in the Herzog & de Meuron building near downtown Miami, where Patterson’s work will also be displayed in a 2014 solo exhibition. 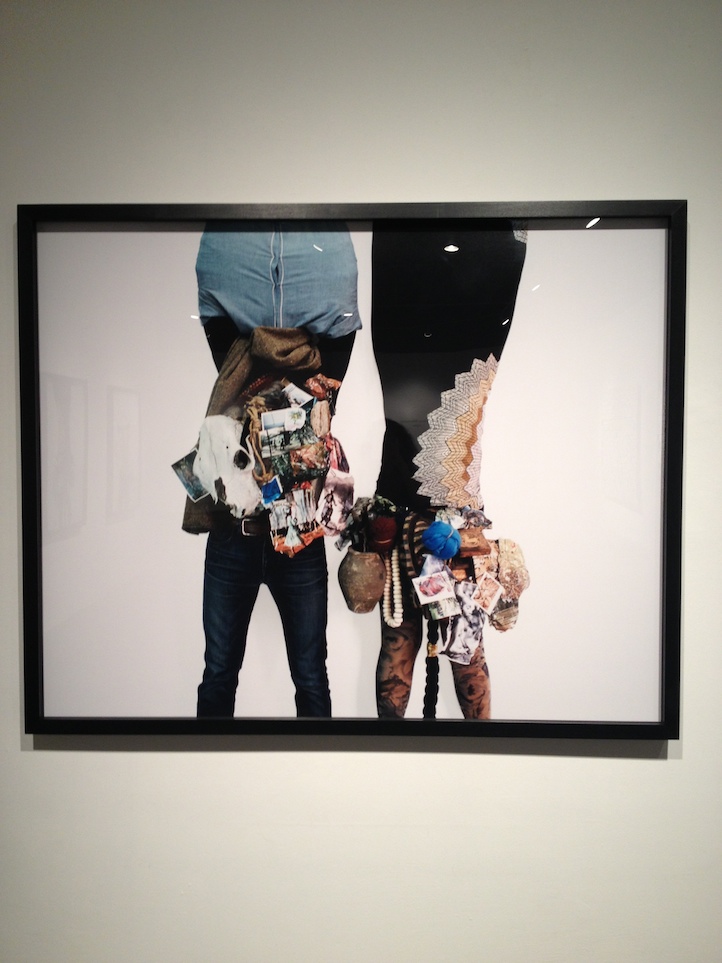 It’s easy to get distracted from art with the excessive traffic, art dinners and tantalizing list of event tie-ins from fashion houses. Martin Margiela showed collaborations with Atelier Swarovski and artist Baptise Debombourg and Del Toro. Berluti and Colette opened curated pop-up shops around town. After dark nightly art parties were held at every poolside locale including Roger Dubuis’s Dom Perignon dinner with Gerard Butler at the W Hotel and a dinner hosted by Christie’s Auction House and Beluga Vodka at DB Bistro Moderne, offering a sneak preview into an upcoming auction of contemporary furniture. Art parties drew crowds of collectors and celebs including an exhibition of Randall Slavin’s photographs in the design district sponsored by Ketel One. After the exhibitions the parties took over like, Le Baron’s late night jam at the SL Club and the annual Jack Shainman party at South Seas. “I feel like Basel has started dialogue outside of art community people from entertainment and fashion and from the business sectors that are interested in knowing about fine art culture,” said Chris Chambers of the Chambers Group, who was in Miami buying art. As Miami winds down it’s best advised to end on a quiet note — the nearby, but sophisticated refuge of the Acqualina Resort & Spa on the Beach is a solid option to recover from the non-stop seven day art party. It’s a crazy, excessive week, but one that few in the art world can resist for its potent sales and enticing climate.