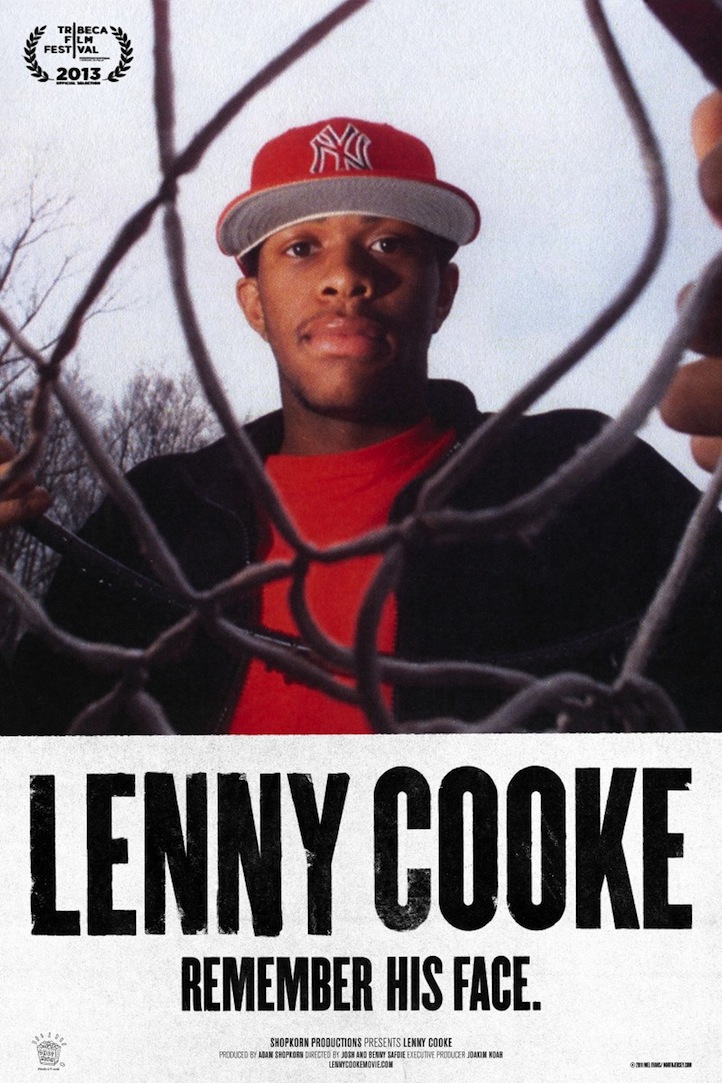 In 2001, Brooklyn native Lenny Cooke was the number one ranked high school basketball player in the country. A promising future in the NBA seemed to be squarely within his reach, until it wasn’t. A new documentary feature film directed by the Josh and Benny Safdie and produced by Adam Shopkorn and Joakim Noah chronicles the buildup of Lenny’s potent stardom and the sharp turn his life took when good fortune evaded him. The film follows Lenny up to the present, where he lives quietly in a rural part of Richmond, Virginia, still struggling to make sense of what derailed his basketball career. The film is an epic sports tale of a fallen hero and a coming of age story of a man as he struggles to cope with the realities of life, haunted by an unrealized aspiration. The film premieres at the Tribeca Film Festival this week.

Lenny Cooke is over a decade in the making. Shopkorn first sought out Lenny when he was at the top of his game and the raw footage captured showcases young talent as its being cultivated on the court, in a time when teenagers were still being vetted as invaluable to the future of the sport. Lenny had moved from his native Bushwick, Brooklyn to attend high school in suburban New Jersey, where he lived with a woman who became his legal guardian, when he agreed to be filmed for a documentary about his guaranteed ascent. In one scene, Lenny and his friends horse around in the backyard swimming pool with access to comforts of modest wealth. Innocence and playfulness mingle as anticipation over the future heightens. In those days, the pressure was on Lenny, who was cautiously trying to navigate his way into the adult world of professional sports, filled with false promises.

In remarkable footage, there’s Lenny on screen working out at the acclaimed ABCD Camp, where the best high school basketball players trained together and ultimately matched up in games closely watched by sponsors, scouts and agents. At the summer camp, Lenny is depicted as a cocky young player, already the favored standout star, but who rebels against the camp’s early morning routine and shirks pushups. In one game, Lenny goes head to head with Carmelo Anthony’s team. Lenny, the coveted player, emerges victorious. But then there’s a later scene that’s heart wrenching to watch as Lenny is matched against the lesser-known younger LeBron James. The future of King James was cultivated as Lenny retreats humiliated. LeBron outscores Lenny and in a final shot LeBron bests him at the buzzer. Shopkorn thought he was chronicling the rise of a star when he first turned on his camera, but Lenny’s complex set of circumstances would take him on a much more meandering human journey. 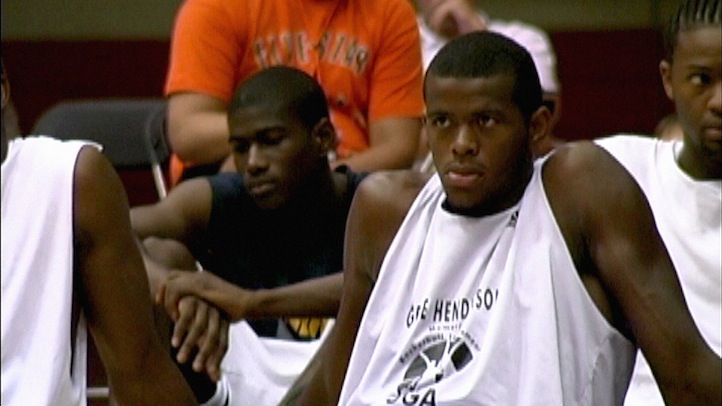 Lenny still had the talent to succeed at basketball, but a myriad of factors captured on camera contribute to his missteps and ultimate unraveling. He parties and chases girls; his grades suffer. He is easily distracted. When he becomes ineligible to play high school ball, he follows the allure of easy money and moves away from his guardian. He accepts a six-figure payout, moves to Flint, Michigan and remerges a year and half later to declare his entry into the draft. The Safdie Brothers build tension in a sequence that shows how the draft plays out round by round, leaving Cooke without the coveted contract he thought was his for the taking. Smatterings of footage cover the years that Cooke played in lesser leagues to empty arenas. The ins and outs of his tragedy are glossed over, but the implications are there — Lenny is never going to achieve greatness in the NBA. Lenny’s ongoing struggles are illustrated through taped footage of interview with The New York Times writer Harvey Araton, who covered Cooke’s career and life. Araton comes to the family home in Virginia to try to make sense of what became of Lenny in a final article. Several of the more current scenes are uncomfortable to watch, particularly Lenny’s thirtieth birthday party, that ends at the stroke of midnight, as the tears glisten on Lenny’s cheeks. Lenny’s body is grossly out of shape. He spends much of his time on the couch, cooking for his children. His movements are slow and sluggish in sharp contrast to the lithe and graceful athlete he once was. Injuries and neglect have left him a broken man who looks two decades older than his age on camera.

Other scenes follow Lenny on the NBA court as he meets Carmelo and Amar’e Stoudemire at Madison Square Garden after a game, providing a stark contrast in the divergent paths of these former peers. There’s genuine warmth as the players finally recognize Lenny, but a sense of ultimate loss as Lenny leaves the stadium. In one of the film’s most emotional sequences, Lenny returns to Bushwick and argues with his friends about what has been lost and how his failure to make it has impacted all of their lives. The film ends on a note of resignation, as Lenny confronts his younger self. Lenny Cooke is a touching, somber film that captures a young man’s dreams gone awry in an era when boyhood was traded in for the promise of the basketball business.