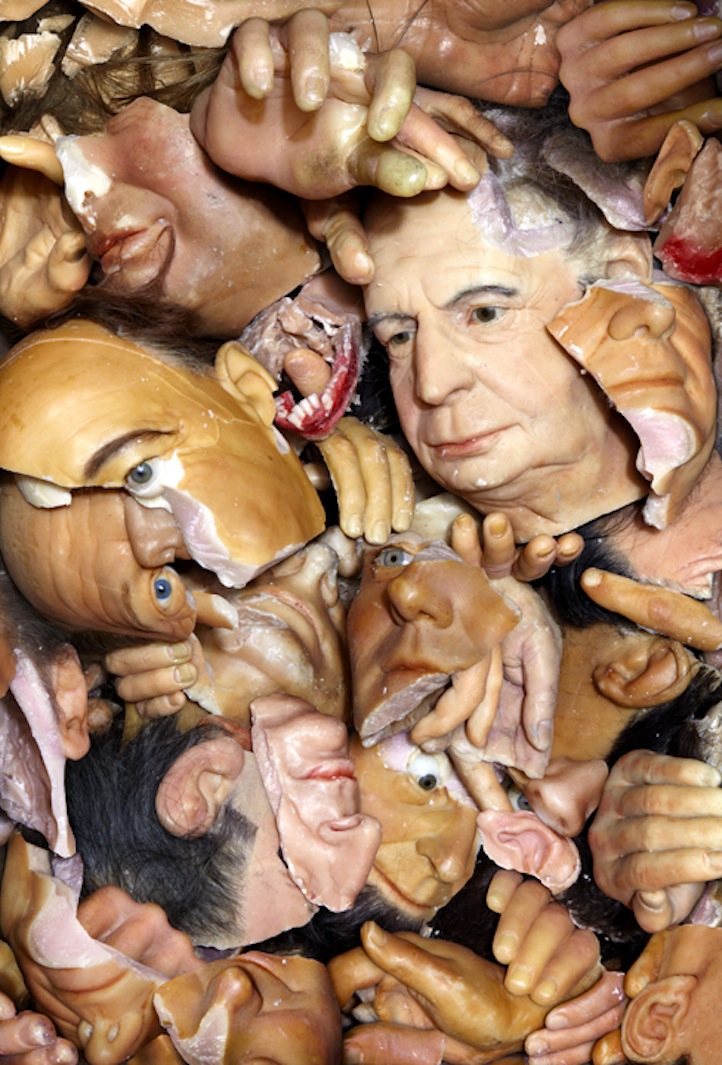 “Still Life,” an exhibition of new works by David LaChapelle, addresses the fleeting nature of humanity, fame, celebrity and power. On view at both Paul Kasmin Gallery locations in New York, this body of work began in 2009, when LaChapelle learned of the break-in and vandalism of the National Wax Museum in Dublin, Ireland, and was granted permission to photograph the destroyed figures. LaChapelle continued photographing figures at two additional wax museums – one in California and one in Nevada – to complete his vision of the collection. Here, we chat with the influential photographer about the meaning behind his message.

Life+Times: Your new exhibit, STILL LIFE, has an interesting story behind it, which started with the break-in and vandalism of the National Wax Museum in Dublin. Can you tell me a little bit about how this experience came about?
David LaChapelle: A friend suggested I come by and see the vandalism. I saw the heads in the first wax museum in Dublin and knew instantly I wanted to photograph them as series. I’ve always been drawn to facsimiles, for instance I like the replica of the Eiffel Tower in Las Vegas more than the actual one, or celebrity look-alikes, fakeness versus authenticity.

L+T: Your exhibition focuses on the fleeting nature of humanity, fame, celebrity and power. What is it about these aspects that you find so interesting?
DLC: The idea of people becoming “irrelevant,” a term I heard thrown about when working for magazines, this disturbed me- an expiration date put on the commercial viability of an actor or pop star. The need for politicians to look good, all these ideas are part of what I find intriguing about wax. Of course the fragility of the human flesh, our decay and eventual death is also evident. In religion we are taught this idea of the body as packaging for the soul. The figures heads were vandalized some were spared. Why? It was interesting to see violent choices made and the clemency given of the other icons like Princess Diana. 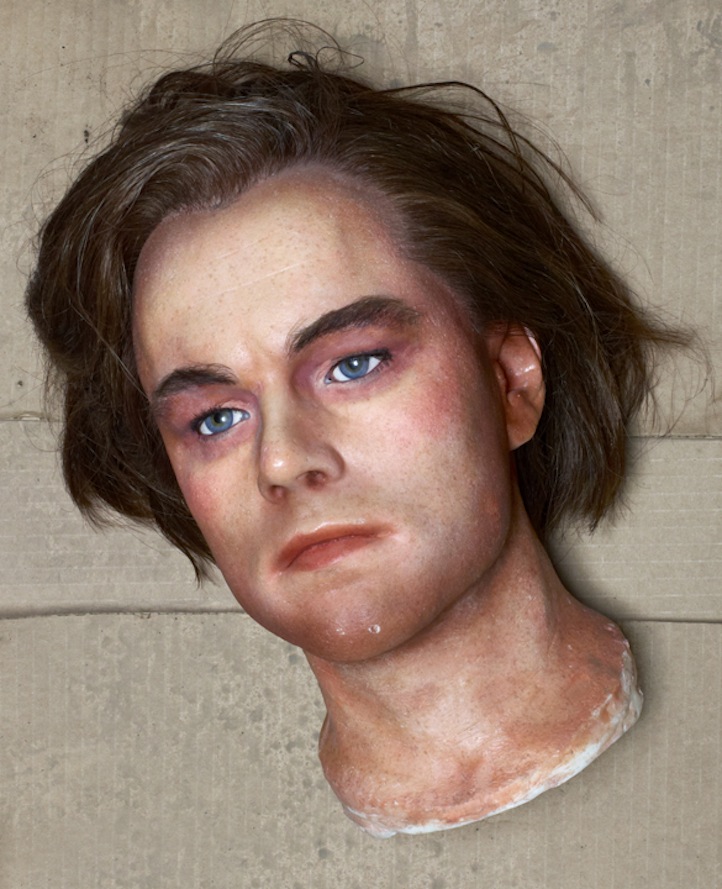 L+T: With subjects ranging from politicians such as Ronald Reagan, to celebrities like Leonardo DiCaprio and Michael Jackson, to your depiction of “The Last Supper” including John the Baptist and Mary Magdalene, Still Life presents eerie compositions of dismembered icons. What do you want people to take away from this exhibition?
DLC: In the Hollywood Wax Museum, the term for the wax heads that were in the storage room was “Retired.” Much as our usefulness to society devalues us when we retire, our efforts to stay relevant, beautiful, young- surprisingly. The wax skin also seemed to age and decay as well. In these figures, I always loved how popular culture and those beautiful faces on our cinema screens gives us pleasure, what I question is the way in which we seem to enjoy our once beloved idols fall from grace and even be destroyed. Proof in tabloid dominance in publications today. Photographs of famous beauties who now, older being publically mocked and persecuted for aging, perhaps gaining weight or having cellulite or obvious plastic surgeries are the content of these magazines. Extremes like the rise and fall and ultimate destruction of Michael Jackson, and our obsession with this tragedy of our once beloved idol provokes the question that must be asked. What is the reason we turn this devastating spectacle into entertainment and ultimately gives us pleasure as a society? 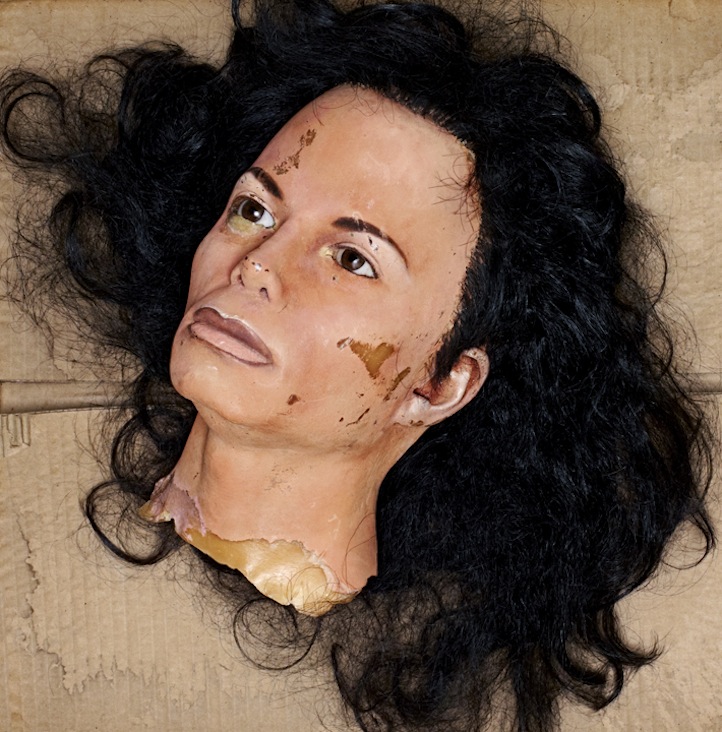 L+T: It’s been said that “Still Life” expands on the idea of one of your earlier exhibitions, “Earth Laughs in Flowers,” an exhibition of still life works exploring contemporary vanity, vice, the transience of earthly possessions, and the fragility of humanity. How so?
DLC: In “Earth Laughs In Flowers,” the flowers wilting expands upon the thoughts that nothing is permanent… Flowers only look beautiful for a finite amount of time and then they expire.

L+T: What are you currently working on work-wise? What’s coming down the pipe?
DLC: Currently The Fotographfiska Museet in Stockholm, Sweden is presenting a retrospective of my work until March 2013.