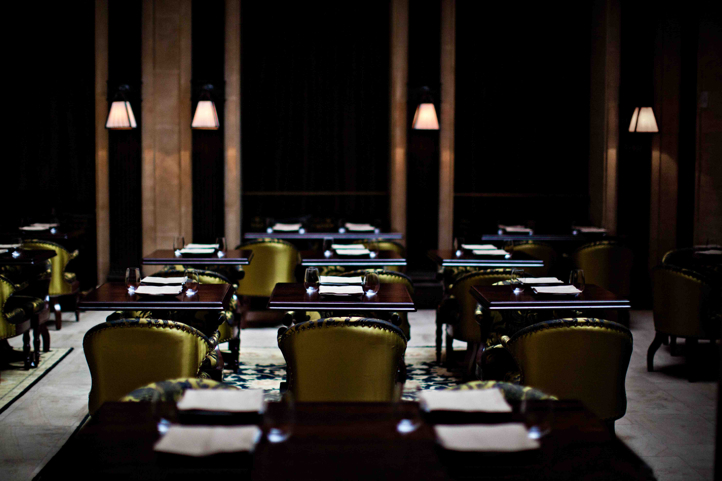 Opened to the public this week after two weeks of hotly buzzed about review is one of New York’s most highly anticipated new restaurants, The NoMad. From Chef Daniel Humm, managing partner Will Guidara, and the rest of the team at three-star Michelin rated Eleven Madison Park, comes an exciting addition to their roster. Located north of Madison Square Park, from which the name is derived, NoMad sits inside five, luxuriously appointed-Jacques Garcia designed rooms of Midtown’s newest hotel, The NoMad. From the warm, Thatcher Wine curated library and mahogany filled bar, to the skylit covered dining room, NoMad’s menu and atmosphere is a more relaxed alternative to Humm’s Eleven Madison Park.

Life+Times recently caught up with Chef Daniel Humm to discuss his take on The Nomad, its menu and cocktail menu.

Life+Times: NoMad’s menu is more casual and relaxed than your three star Michelin rated, pre-fixe, Eleven Madison Park, yet still retains a very refined and sophisticated feel. How has NoMad’s menu evolved or devolved from it’s very first inception?
Daniel Humm: Our idea was always to stay true to certain cornerstone elements of Eleven Madison Park—a focus on ingredients and vegetables in particular, on clean flavors, on plays on classic combinations. At the NoMad, though, we wanted to simplify our plating, for example, and not use tweezers like we do at Eleven Madison Park. We wanted to have fewer elements on the plate and for those elements to be pretty simple in their preparation. We also knew that we wanted to have some dishes that drew very explicitly from the Eleven Madison Park repertory, like our suckling pig, our whole roasted chicken, and our radishes dipped in butter. But we also wanted to do things that we had never done at Eleven Madison Park. For example, I’ve always loved oysters. On one of our early menus, we had an appetizer that was just six oysters with a very classic mignonette. But from there we had the idea of doing a shellfish tower—not a traditional shellfish tower but one that was a bit more composed: oysters with mignonette snow, scallop ceviche with pistachios and jalapeno, sea urchin panna cotta with green apple. What started out as oysters and mignonette turned into this shellfish tower that still has a very low-key, bistro feel but that is infused with a bit of the Eleven Madison Park aesthetic. And then we had room service, which we had never done at Eleven Madison Park. We started by just taking items from our breakfast, lunch, and dinner menus, but we quickly realized that we had to view room service as a different experience. We took a slightly different approach and basically just began thinking about the things we crave when we’re in a hotel room, late at night after a long day: a classic burger, chicken soup, really good eggs, a simple fruit plate, chocolate cake. And then we made those our own. It’s been amazing to go through the menu development process and to see where we started and where we are now. As with all of our menus, it will certainly continue to evolve, but certain things will never change. I love entrees that are vegetable focused, for example. And for breakfast, you’ll always see our granola; at lunch and dinner, our roast chicken for two. 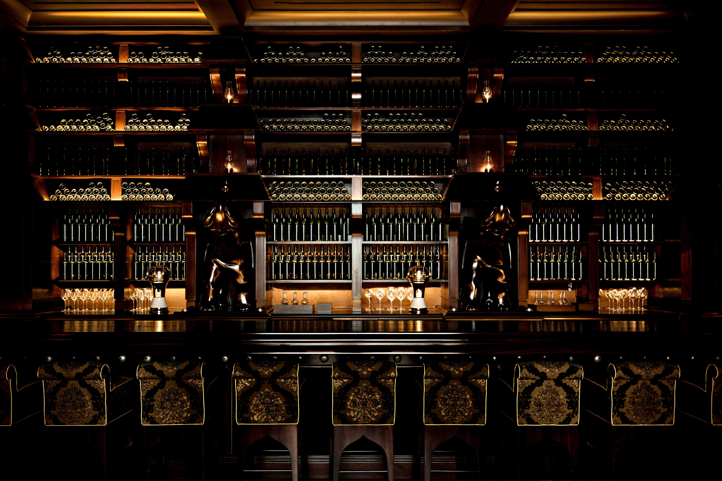 L+T: You came to New York from San Francisco, and you were raised in Switzerland. Are there any particular influences you have borrowed from either region that diners can expect to see at NoMad?
DH: From San Francisco in particular came an appreciation for local produce and for very simple, straightforward preparations. It was there that I also learned to love restaurants that served really good food in more relaxed, rustic settings. Both of those elements will play into the food and service at the NoMad. Our plateware, for example, is all made by a local ceramicist named Jono Pandolfi. We opted out of tablecloths and put a hearth in the middle of the restaurant in which we roast our chickens. From Switzerland also came this appreciation for good local food and, in particular, for some of the best cheeses in the world. Our entire cheese program at the NoMad will feature cheeses from an affineur in Switzerland that I have become close friends with over the years.

L+T: The cocktail menu at NoMad has a very classic and vintage feel. There are some very interesting names on there. Is that something you work very closely with Leo Robitschek on or do you give each other creative freedom when designing your menu’s?
DH: The cocktail program is very much in Leo’s hands, although we work very closely together to develop cocktails that work well with our food and our space. He feels strongly, as I do, that there’s something to be said for classic, historic cocktails that sit side-by-side with very creative, proprietary ones. Also, because Leo’s cocktails rely so heavily on homemade syrups and fresh-pressed juices, he collaborates with the kitchen team to find the best possible ingredients and use the best culinary techniques. Lastly, because the NoMad is located in such a historic spot in New York, we’ve developed a cocktail program that speaks to the stories and legends that originated around here. 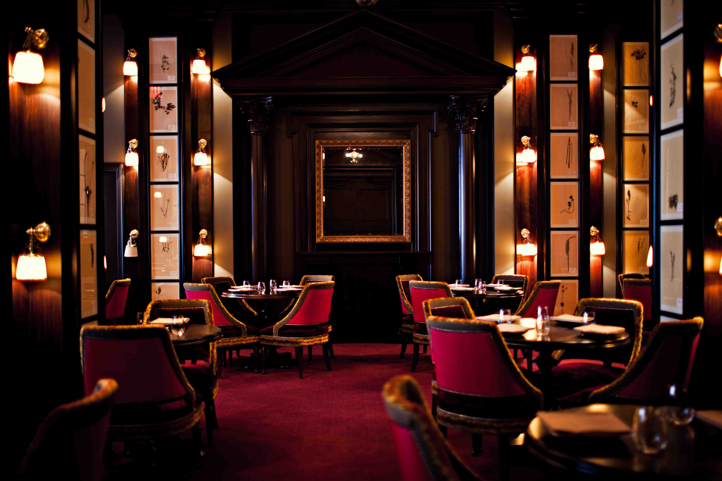 L+T: Even with its massive skylight overhead, the dining room at NoMad has a considerably darker, warmer feel with its mahogany, drapery, and incredible fireplace. How does this environment play into the dishes you are creating?
DH: What I’ve liked most about developing the NoMad is finding a way to make opposing elements work together. For example, we have these richly textured, very luxurious fabrics and these rustic ceramic plates. These gorgeous mahogany tables and a free-form flatbread that is meant to be shared amongst the table. All in all, though, the space is very warm and very homey. And that’s the feeling we’re trying to evoke in the food; dishes that are comforting and just delicious without too many bells and whistles.

L+T: How much of a role does music play in your kitchen and at NoMad?
DH:Although we never play music in our kitchens, at the NoMad, there’s a very strong focus on music in everything we do. Whereas at Eleven Madison Park our inspiration comes from Miles Davis and his ability to be spontaneous and innovative, at the NoMad we chose to study the Rolling Stones. Their musical brilliance came from their ability to be loose and alive and genuine while also being very deliberate and enduring. And that’s what we’re going for at the NoMad, in our food, in our service, and in the way we make our guests feel. 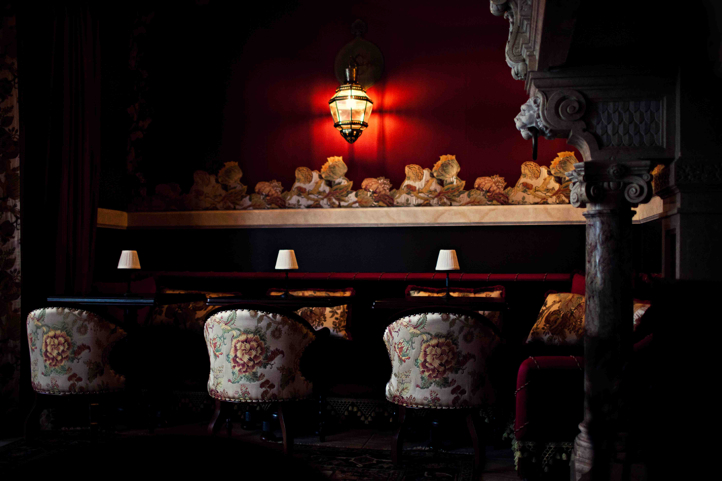