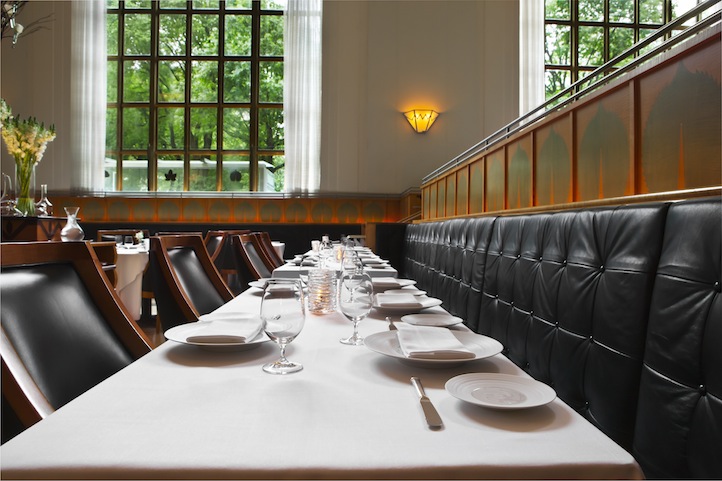 Eleven is a lucky number for Chef Daniel Humm. Certainly, 2011 has been his year. He and his business partner Will Guidara bought Eleven Madison Park from restaurateur Danny Meyer, the four-star restaurant that Humm cultivated into one of the most acclaimed in New York City. This fall, Eleven Madison Park received the rare and coveted three-star Michelin rating. Topping off 2011, the duo released their first cookbook, Eleven Madison Park: The Cookbook. “2011 has been the biggest year in my career,” says Humm. To hear him tell it, he’s just getting started. The Swiss born chef gave up teenage internships at Zurich architecture firms to pursue cooking. “I fell so much in love with food when I was 14, I dropped out of school and I just went and worked in kitchens.” He moved to San Francisco at age 25, where he rose to acclaim as the head chef at Campton Place, and also learned to speak English. “If I would’ve known how hard it would be, I would’ve been so scared of coming. I was young and didn’t think too much. I just did it.” A decade later he is at the top of his game in his favorite city, New York, and preparing to open a new restaurant in March at the NoMad Hotel. 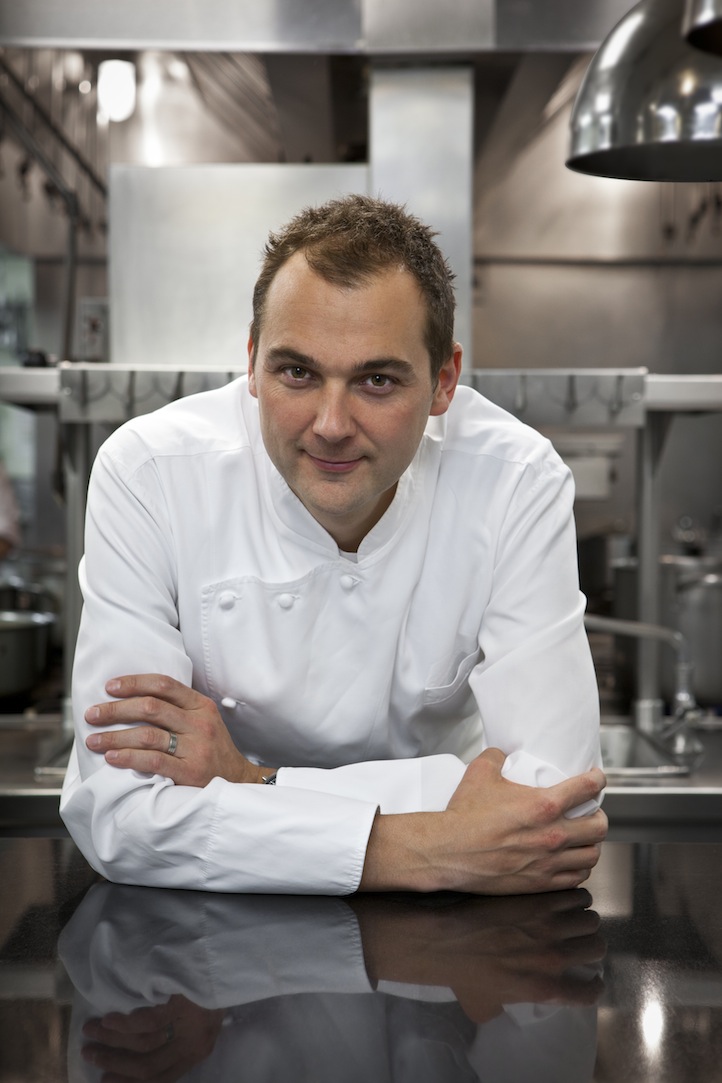 Life+Times: What’s your process for building dishes? Is it the final dish, or the ingredients that inspire you?
Daniel Humm: It’s a combination of all those things. It could be like going to the market and seeing something beautiful. Or it could be a memory that you had growing up that you wanted to recreate, or it could be when you traveled and saw something. It’s from so many different places it comes. What I’ve found is that the older I’m getting, I can see that I want to do is ‘less is more.’ When I was younger I was trying almost too hard. I was trying to have more ingredients on the plate than necessary. More and more I’m impressed if somebody can do just three ingredients on a plate and they are so perfect it just blows your mind. With great painters and architects you can almost see with everyone how as they mature how they get more simple. It also has to do with confidence. You are more confident, now you are the chef you want to be and you put a little piece of meat on the plate that’s perfect and two vegetables and it could be revelatory. 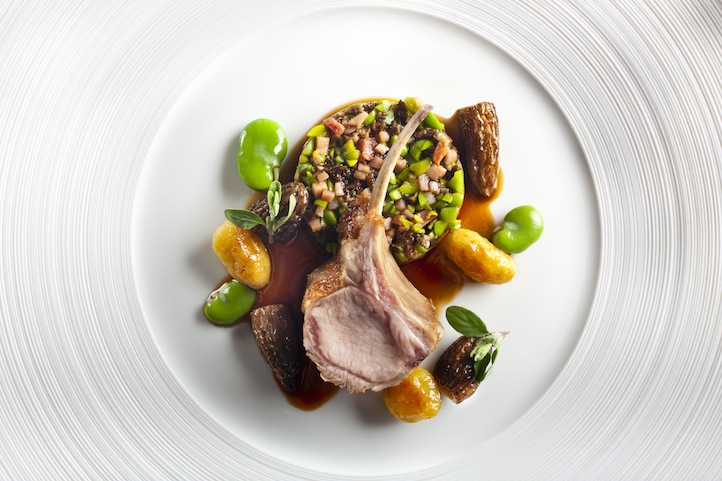 L+T: You mentioned art and architecture? Is that something you’re interested in?
DH: I’m inspired by modern art but also I love to got MoMA or to the Met. It’s so inspiring. I’m inspired by architecture. I’m inspired by performances, too, like shows or ballets. They are so focused and so exact. It also seems so seamless. I think whenever you see someone really great they do it and it seems like that it’s nothing. In ballet or dance, they could make this really difficult dance and it could look like it’s nothing for them. It’s the same in the kitchen when you see a great chef; he’s not sweating and he’s not dirty and he’s just working calmly and he’s just making amazing plates. It seems like he’s not stressed. When you watch Roger Federer playing tennis, it seems like he just does it and it’s not a big deal. 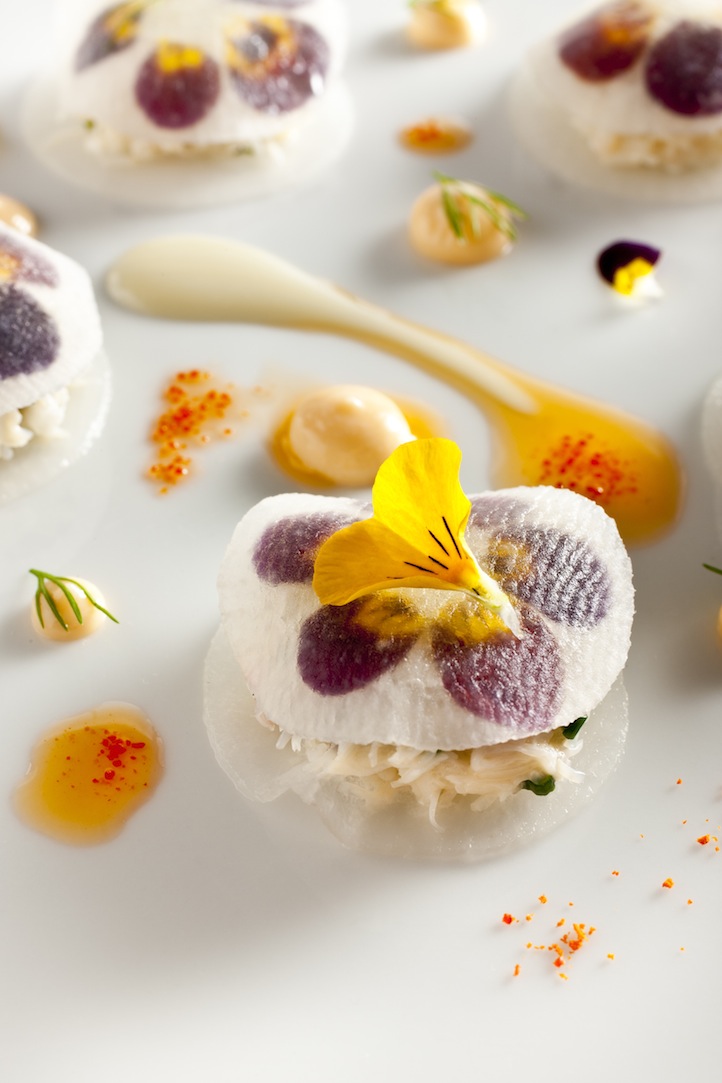 L+T: I want to talk about your specialties.
DH: I think our menu is really unique the way it’s presented. We only list the primary ingredients. It’s a matrix of 15 words, which could be like asparagus, eggs, artichokes, foie gras, fruits de mere, beef, pork, chocolate, apple. You pick four and that becomes your menu. You only pick the principal ingredients; the rest is kind of a surprise. The reason why we did it is that people want to come to us and have some surprises. But at the same time wouldn’t be nice if they have some control? You can choose if you want to eat beef or pork, or you can choose if you want to eat fennel or lobster, but at the same time we don’t take the surprise away. It’s been so successful. It’s very unique and I’ve never seen it before. 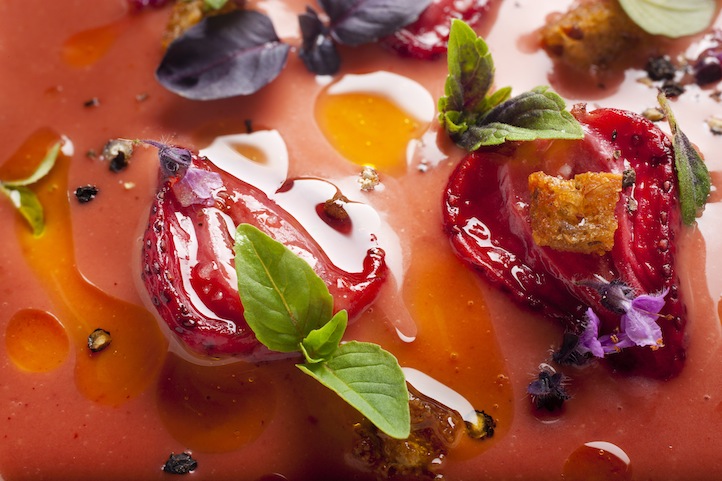 L+T: It’s almost like a dinner party approach?
DH: We want people to feel like coming to a friend’s house. [The host] might say I have beef and salad, he’s not going to have say “I have slow cooked beef tenderloin.” We wanted to make it a little more approachable. We’re trying to be the modern four-star restaurant for the new generation.

L+T: Do you have a dish that you’re incredibly proud of? Like, that’s the one?
DH: It has to evolve and it has to change. It would be hard to grab onto one dish. I don’t want to become a restaurant where we have signature dishes and you could never change them. We’re changing constantly. When I first started five years ago we got reviewed by the New York Observer. They gave us 3.5 stars out of 4 start. It was almost too good for where we were. One of the lines she wrote was “I wish the place would have a little more Miles Davis.” So we did some research on Miles Davis. We came up with 11 words that were used to describe him. They were words like endless reinvention, collaborative, cool, light, forward moving. These words have really resonated with us. The words “endless reinvention” and “collaborative” are the two word that stood out the most. Everything we do, we do it with those words in mind. We can never stop can never stop reinventing ourselves. You saw Miles Davis after Kind of Blue and to do an album like Bitches Brew it’s hard to believe it’s the same person with these two albums. He was always reinventing himself. We’re really inspired by that. I really love food. I could prepare a pastry or I could prepare fish or vegetable. 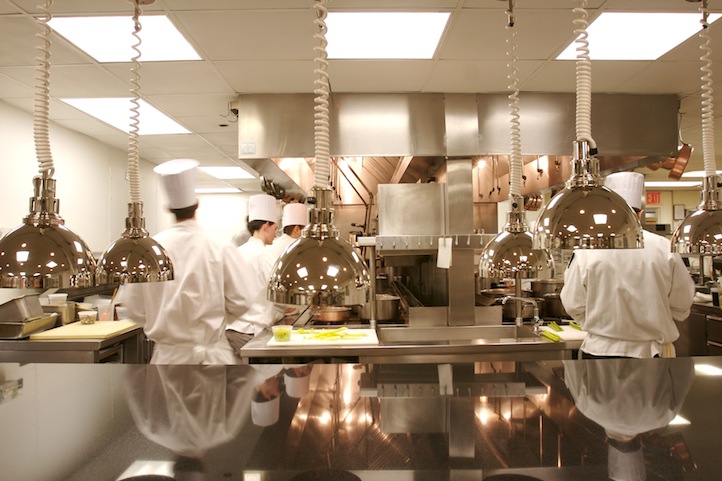 L+T: Now that you’ve had all these accomplishments, what’s next?
DH: We’re opening a new restaurant in March, which will be called The NoMad, north of Eleven Madison Park. It’s a hotel and restaurant we’re trying to reinvent what used to be the Waldorf or at the Palace where restaurants were inside the hotel, where the happening places were inside of the hotel. Hotels have faded away, a lot hotel restaurants have gotten a bad name, and people don’t really want to hang out in hotels. Our goal is to reinvent that idea. We want to create a hotel that becomes a like a gathering place for cocktails for a great food. 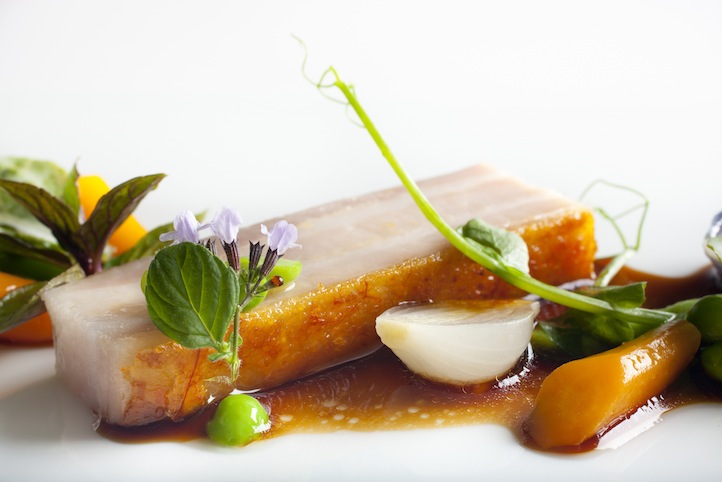