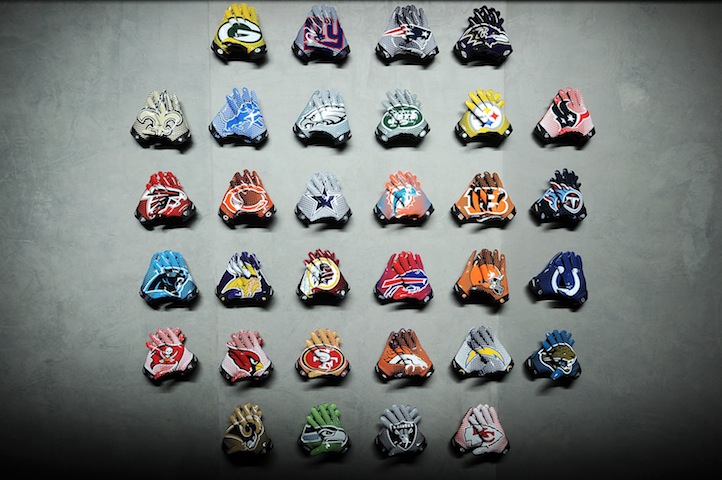 The new partnership between the NFL and Nike was unveiled this week at Steiner Studios in Brooklyn, making Nike the exclusive uniform and apparel provider of the NFL for the next five years. Nike President and CEO Mark Parker and Nike Brand President Charlie Denson were joined by NFL Commissioner Roger Goodell to reveal the new uniforms for the 2012 season, the Nike Elite 51, a highly innovative head-to-toe integrated system of dress for athletes at the highest level.

Nike put on a gridiron-themed fashion show, which featured a player from each of the 32 franchises modeling their respective squad’s new uniforms. When 32 players finally stepped onto the artificial turf-covered stage, after the extravagant presentation of videos, lasers and smoke machines had cleared, it was hard to distinguish the difference between the new uniforms and the old ones. Going for a slightly sleeker but very familiar look, Nike stayed away from the wildly experimental designs tailored for the University of Oregon. Instead, the focus of the new partnership was in performance not style.

Aside from the Seattle Seahawks uniforms –which have undergone a significant upgrade in design and performance– all other 31 teams designs remain the same, but are engineered from the inside out. The new uniforms focuses on creating a system where the baselayer, padding, jersey and pants work in concert. New innovations include the integration of Flywire technology into the neckline to reduce weight and provide lockdown fit over football pads, increase sleeve articulation for better range of motion, the integration of the new four-way stretch hydrophobic fabrication that provides a streamlined shrink-wrap fit, and lightweight padding was built-in directly into the crucial “hit zones’ in the baselayer to further protect the player. 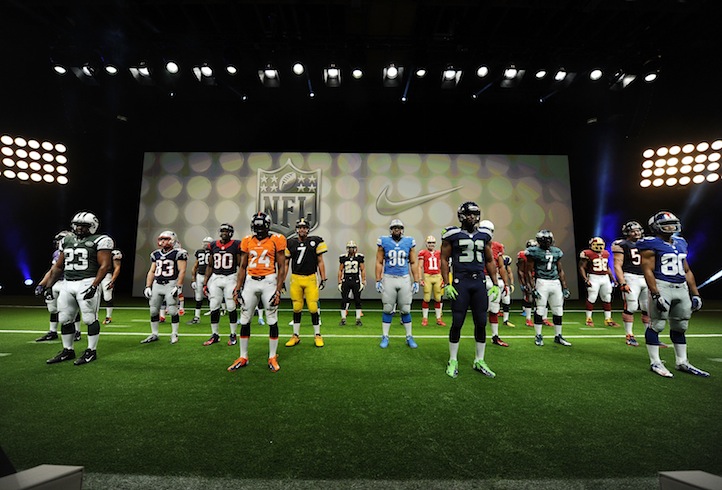 NFL players Victor Cruz of the defending World Champion New York Giants, Michael Vick, Ndamukong Suh, Larry Fitzgerald, Brian Urlacher, and Ray Rice were some of the athletes that were in attendance, who all gave the uniforms high marks for comfort and durability. From stretch twill numbers on the jerseys to aircraft-grade aluminum in the belts to articulated gussets on the Vapor Jet. 2.0 gloves for superior grip, players now have three base layer options under the uniform, called “Hypercool,” “Hyperwarm,” and “Hyperprotect,” that last with flexible pads sewn right into the garments.

The new uniforms are a result of a deal that grants Nike the rights to be the official uniform supplier of the NFL for on the field, baselayer, sideline and practice wear– a title Reebok had held for a decade. Commissioner Goodell said the goal of the redesign was to combine “tradition with innovation.” Which was echoed by Parker, who summed up the new partnership as, “the notion of respecting the past and embracing the future.” Mission accomplished. 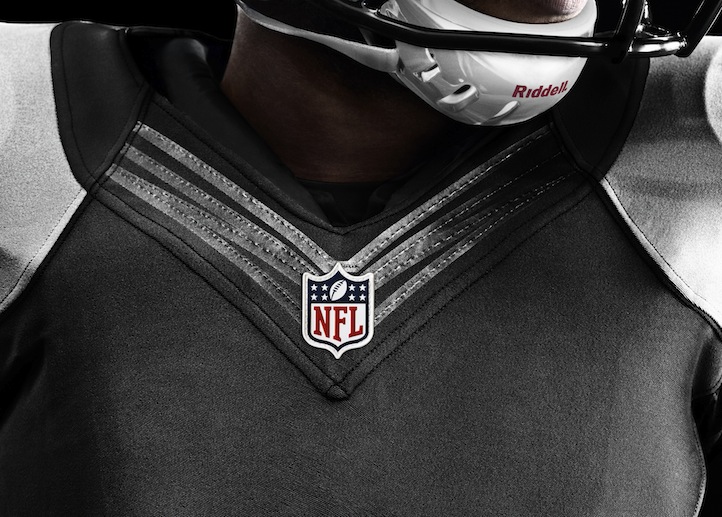