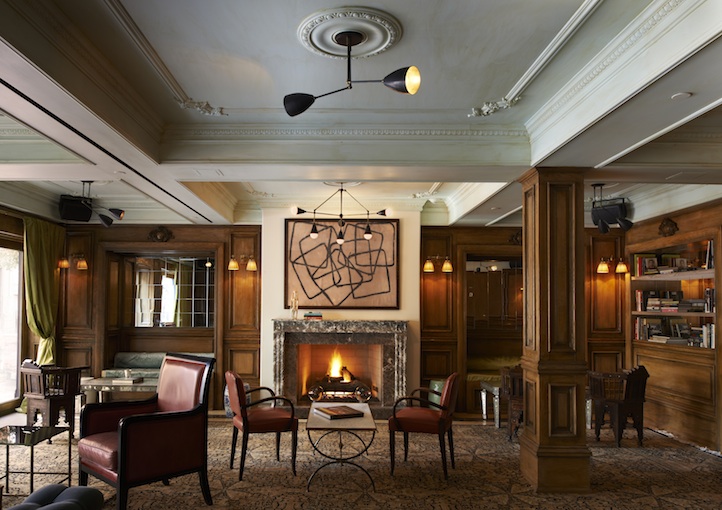 Built in 1900, the building once known as The Marlton House has long attracted bold-faced names and counterculture icons. From Lillian Gish to Neal Cassady, the building’s past is as storied as the neighborhood it sits in.

Following a multi-million dollar renovation by hotelier Sean MacPherson, The Marlton at 5 West 8th Street, just off Washington Square Park in New York City, reopened as a stylish, yet affordable, boutique hotel inspired by postwar Paris as well as its own Greenwich Village past. The hotel’s design, with 107 rooms, spread over nine floors and including two penthouse suites with terraces, maintains the original bones and architecture of the historic structure, while updating it with an eclectic refinement. The ground floor will house a 98-seat restaurant in the rear of the lobby with a skylight terrace, as well as a coffee bar.

In this solo hotel project, MacPherson designed the property entirely himself, and looked to the Paris depicted in F. Scott Fitzgerald‘s Tender is the Night, as well as his own stays in that city’s Hôtel de Saints Pères and Hotel Ritz, as models for the baby grand hotel. 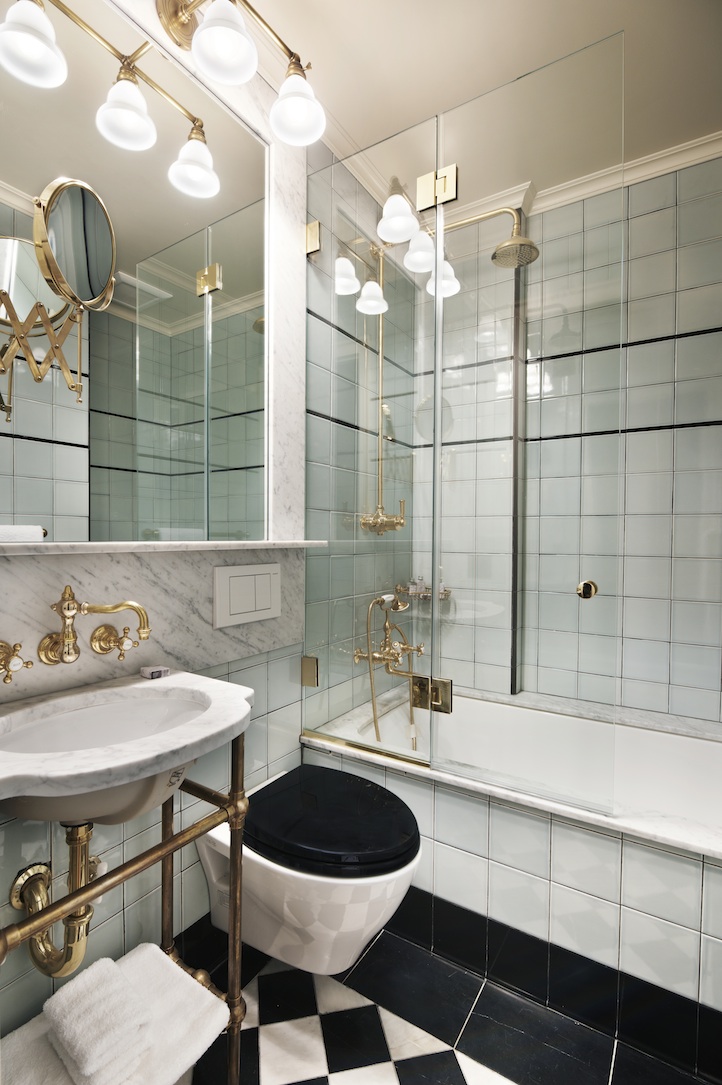 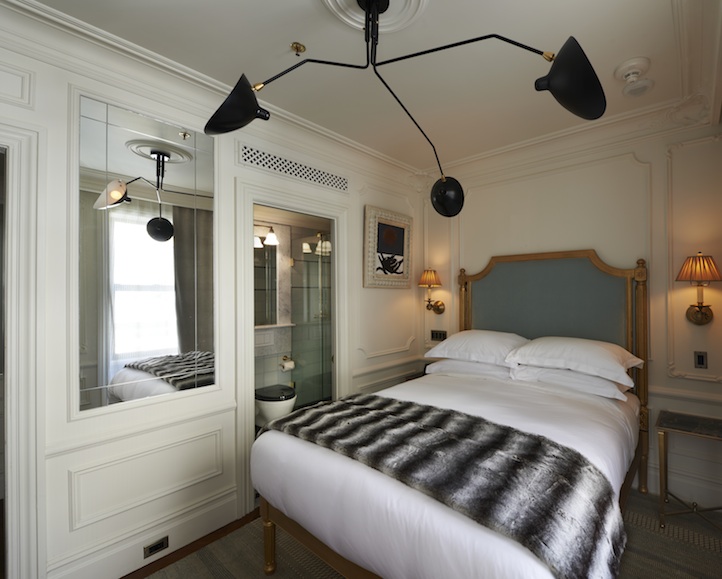 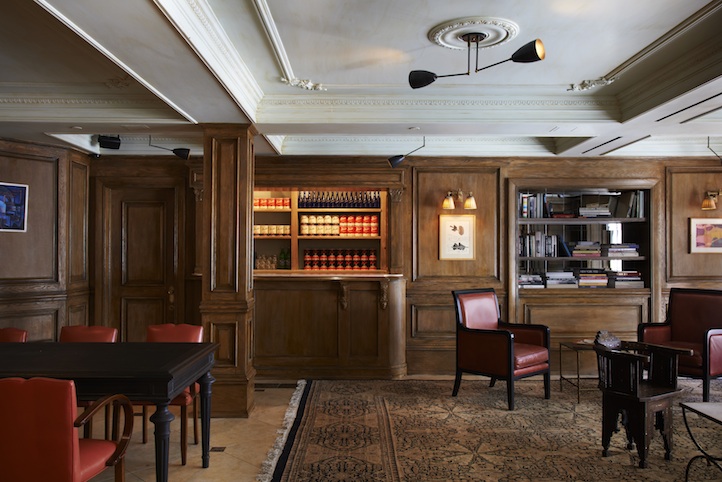 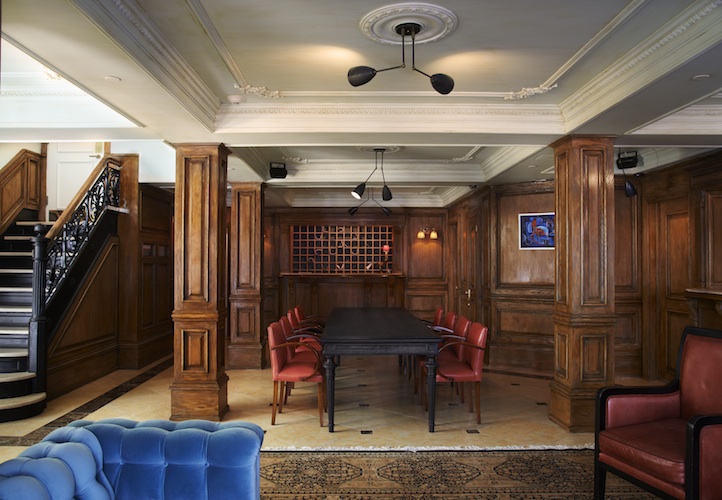 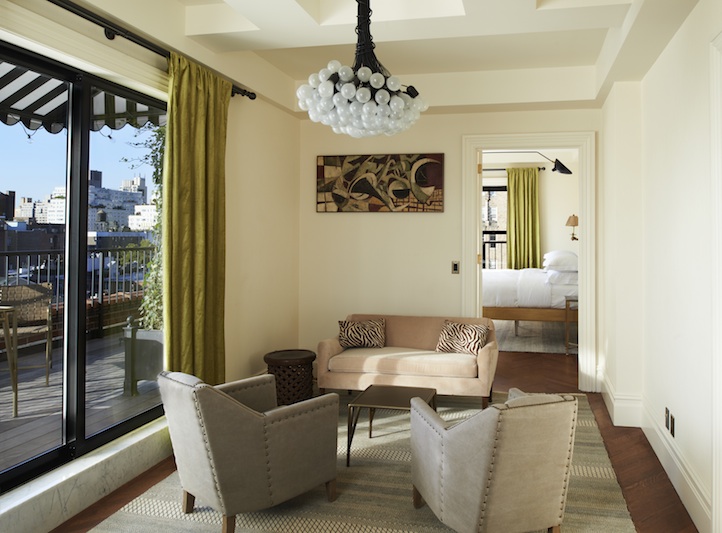