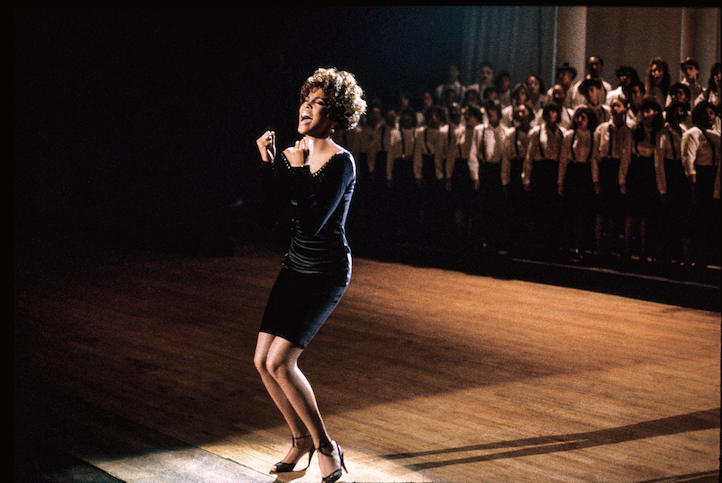 On November 27th, Atria Books will be releasing Whitney: Tribute To An Icon, a photographic study that surveys the life and career of the talented Whitney Houston. Acclaimed photographer Randee St. Nicholas is the curator on the project and contributes an essay on what it was like to work with one of the greatest singers in the world. The book includes approximately 130 images of the singer from 22 photographers some never seen before and some out-takes from iconic photo shoots. Here, we chat with Randee St. Nicholas about the process behind putting together this referential tome.

Life+Times: On November 27th, Whitney: Tribute To An Icon will be released, a book tribute in words and photographs to Whitney Houston. You’ve been appointed the curator of this project. What was it like putting this tome together?
Randee St. Nicholas: Curating this book was a fascinating journey through 30 years of Whitney’s career. It was very emotional for me since I adored Whitney so. We looked through thousands and thousands of photographs from the beginning of her career in 1982, when Clive Davis first discovered her, until her last photo shoot in 2011 for the film Sparkle. So many of the photographs captured the truly effervescent spirit of Whitney, along with her heart, her soul and her infectious smile. There were lots of amazing photographs to choose from. The challenge was actually finding the negatives and original transparencies since many of the photographers negatives were in storage, either in the Sony Music archives, in the photographers own archives or in the archive of the Whitney Houston Estate and we only had six weeks to find all of the photographs, design the book and prepare camera ready artwork for printing in order to get the book out by the end of this year. All of the photographers involved with this project had a great respect for Whitney. All of them donated the use of their images to the Whitney Houston Estate without any financial compensation. It was a true labor of love for everyone involved.

L+T: The book includes approximately 130 images of the singer from 22 photographers– some never seen before and some out-takes from iconic photo shoots. How did you distill her life in imagery down to 130 shots?
Randee St. Nicholas: The photographs in this book really speak for themselves. They not only take you on an emotional journey with Whitney through some of her most triumphant moments, but they also serve as a fascinating study of the influences of three decades in fashion trends and style. There was something about her timeless beauty, her musical diversity, and her undeniable individuality that reflects the influences of the times. Collectively these poignant moments document Whitney’s evolution simply and honestly, there was no need to have a specific number of photographs. All we needed was the right amount to inspire us to remember the good times. She was a passionate girl who always followed her heart and paved the way for many other artists to do the same… This Tribute Book remembers Whitney at her best. 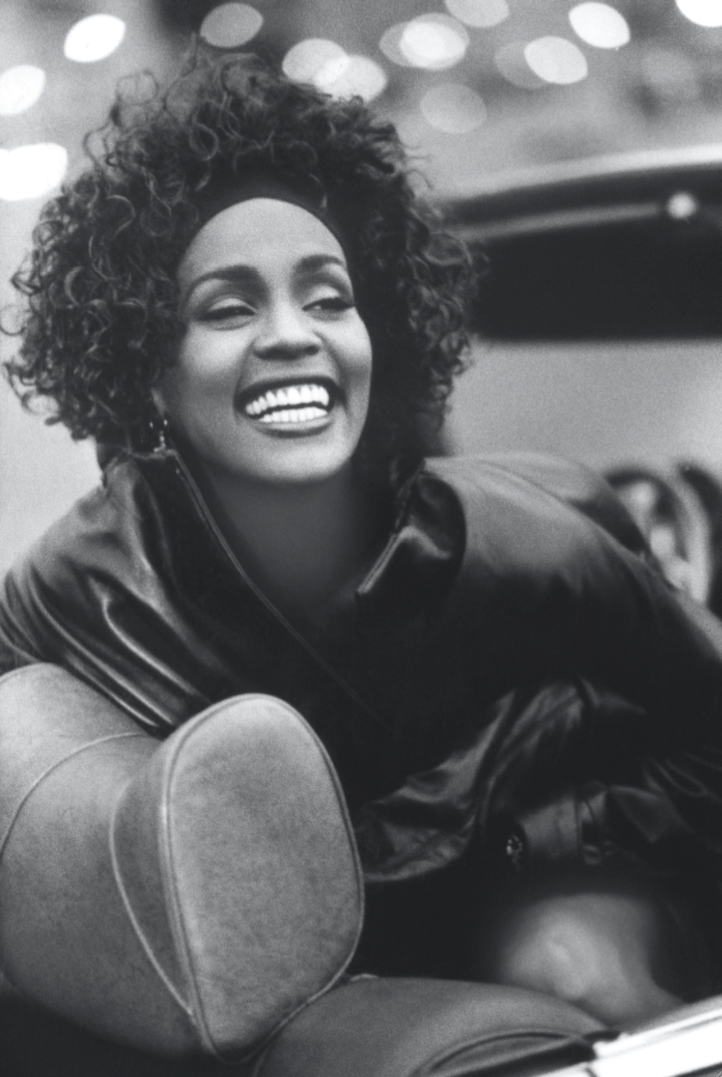 L+T: How did this idea originally come about?
Randee St. Nicholas: Whitney’s family and her long time assistant had the idea to do this book. They reached out to me with the idea of curating a book of photographs paying tribute to Whitney. At first the idea was for it to be a book of my photographs gathered over the 20-plus years I have worked with Whitney. I did a book with Prince called 21 Nights, which I think was what gave them the idea of having me do a book for Whitney. I felt that this being the “Official Whitney Book” it should be much broader than just one photographer’s vision. It needed to be bigger than life with many perspectives to leave a multi-layered legacy for all who admired Whitney. Therefore we reached out to Whitney’s favorite photographers and gathered her most memorable moments creating this body of iconic photographs.

L+T: What was your relationship working with Whitney over the years?
Randee St. Nicholas: My relationship with Whitney was very, very special. From the day I met her during the promotion of The Body Guard until the last photo shoot I did with her for the film Sparkle, there was deep affection and mutual respect shared between us. There were periods of time where I did not see her or work with her but she was always in my heart and my thoughts. She was not the easiest subject to photograph. She would dance around and sing and never quite hold as still as you wanted her to. She had an abundance of charisma, a smile like nobody else and a very mischievous sparkle in her eyes that made the challenge of photographing this passionate girl a very rewarding experience. 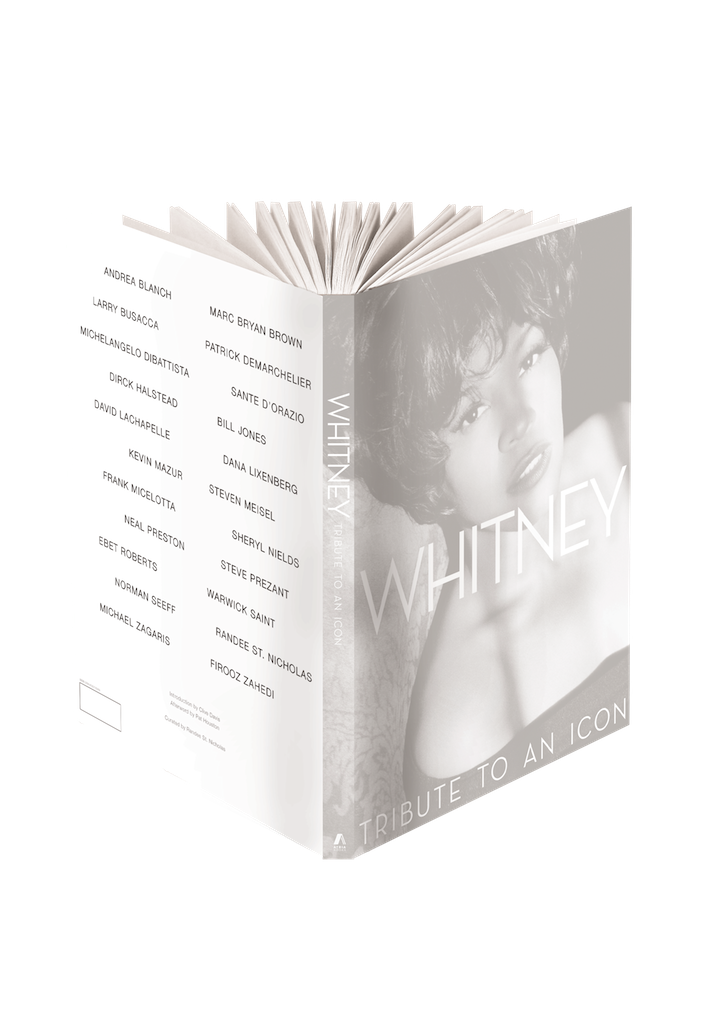 L+T: What did she teach you throughout your collaborative process?
Randee St. Nicholas: She taught me to have fun and to not take it all too seriously, to shoot as quickly as possible, and to let patience rule.

L+T: Who are some of the other photographers who have provided images to the book? Why was it important that they were included as well?
Randee St. Nicholas: There are 22 photographers in the book. Each one of them had amazing images of Whitney. All of them truly captured her depth and charisma and that sparkle that was uniquely hers. The book is complete with their diverse collective visions.

L+T: What elements did you want to ensure you touched upon?
Randee St. Nicholas: I wanted this book to capture everything the world loved about Whitney: her beauty, her spirit, and her zest for life. I want the world to remember Whitney at her very best. 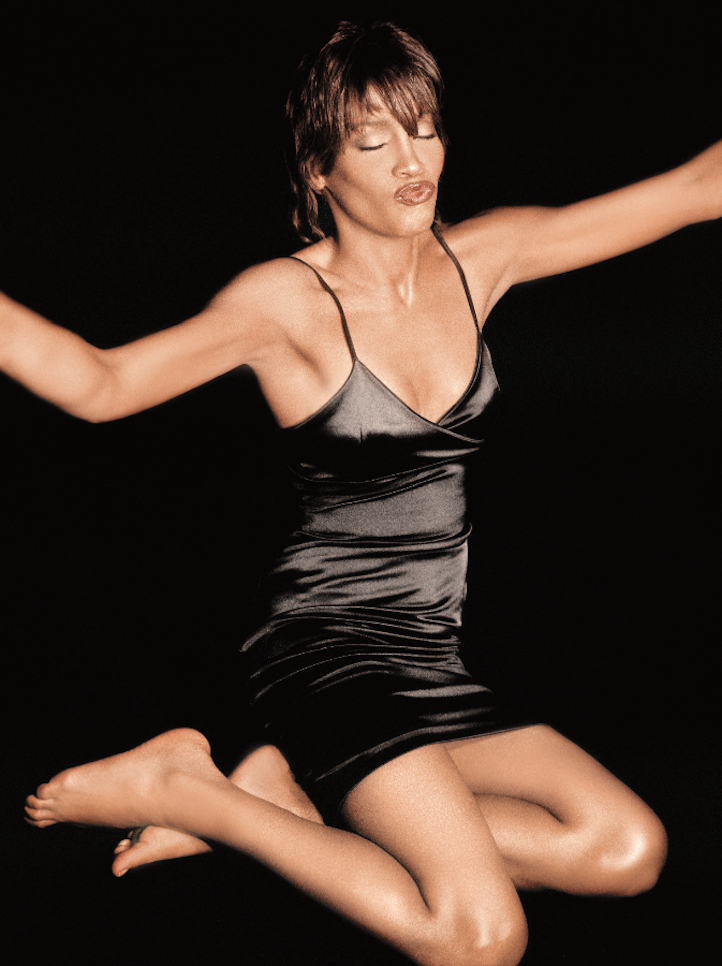 Whitney: Tribute to an Icon will be released on November 27, 2012 and is available for pre-order here.