Vikram Chatwal, founder and visionary behind Vikram Chatwal Hotels, is the man behind some of New York’s most vibrant and luxurious properties – including Dream, Night and Stay. He’s learned the hotel ropes via his father, Sant Chatwal, and since going out on his own, he’s made a respected name for himself in the world of global temporary residences. Here, Vikram breaks down the inspiration behind each of his properties, and since he owes much of his success to his father, Sant gave us the lowdown on The Chatwal Hotel – a midtown Manhattan property with old world charm. 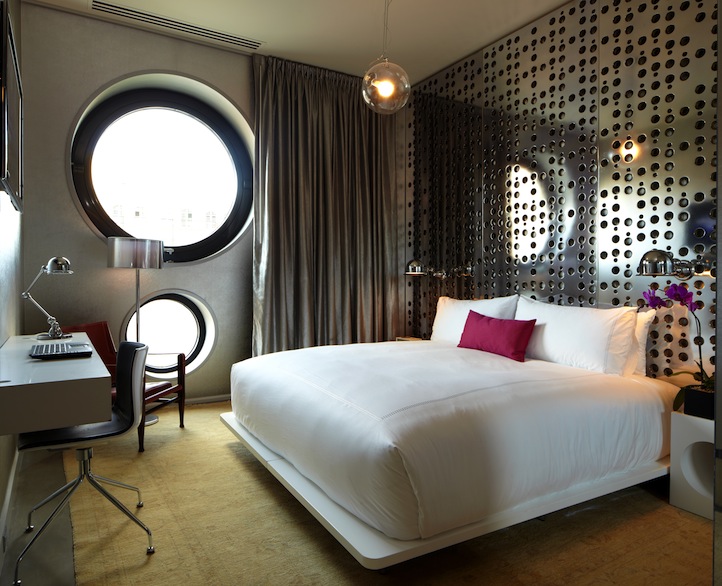 “As the flagship property of the Dream brand, Dream Downtown has taken the surreal, dreamlike design aesthetic to new heights. I was extremely inspired by the porthole windows on the original building and felt that it was important to incorporate them into the new design. Standing between such vibrant and eclectic neighborhoods, it also felt natural to draw inspiration from the gritty yet sleek energy of Andy Warhol’s Factory. The industrial aspects of the guestrooms, such as the chrome headboards and Ardex cement floors, are balanced by warm teak wood accents and Chester love seats to create a chic and sophisticated space.”