When New York City artist Lorna Simpson was a child, her Queens ballet class traveled to Lincoln Center in Manhattan to perform on the stage of Avery Fisher Hall. In her distant memory of age 11, the space was vast and the dancers were covered in luminescent gold. For her new installation “Momentum” at Salon 94 Bowery, Simpson pieced together fragments of that memory depicting dancers coated in gold body paint, wearing gold leotards, toe shoes and Afros against a stark white background.

“For me it’s a very eclectic or whimsical kind of piece, a reflection of a memory,” Simpson says speaking from her Brooklyn studio. “I was not a performer. Once I got on stage it felt like a black hole. I felt like a spectator more than a performer.” 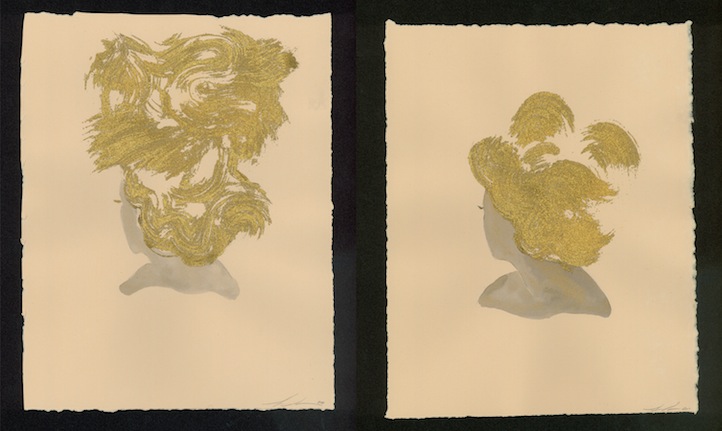 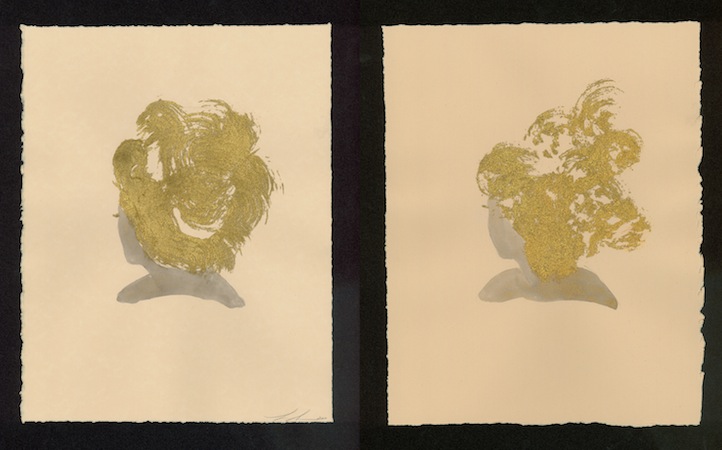 To capture her vision, she hired over a dozen young dancers to pirouette across the stage in front of the camera. “I filmed them in video. They are shot waiting for their cues or actually dancing and their dancing speeds up,” she said. “The soundtrack is not musical, it’s just the sound of the dancers’ feet.” Large scaled felt panels printed in gold ink are also included in the exhibition, mined from archival postcard images of Lincoln Center in 1960s. 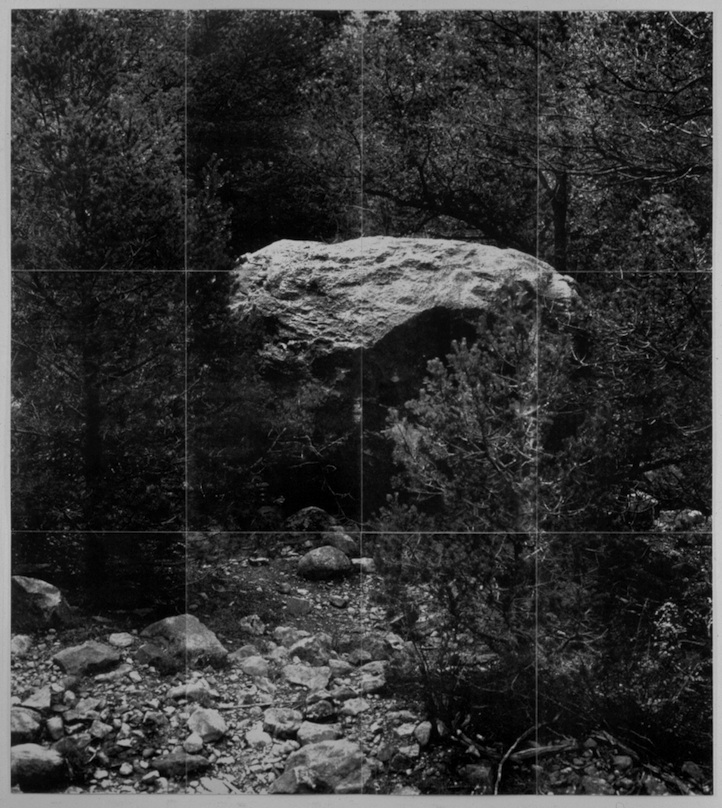 Simpson first rose to prominence in the 1980s for her large photographs and text-based work (such as “Gold Heads” and “The Rock,” respectively above) that often used the female figure to explore identity and social issues. She later started to experiment with felt. “It obscures the image and makes it a little more abstract and not as precise. I like the simplicity and the quality. It gives a different kind of look, like a drawing or rendering.”

She has devoted much of her energy to video work over the past decade. “Easy to Remember” is a 2001 a black and white 16 mm film installation, in which 15 mouths hum in tune. The 2004 video piece “Cloudscape” depicts Terry Adkins whistling as he is covered in an eerie mist. (Lorna Simpson)

“Momentum” opens May 13 and runs through June 18 at Salon 94 Bowery. Simpson’s work will travel throughout Europe in an exhibition that opens at Jeu de Paume in Paris in 2013.

(“Momentum” used courtesy of the artists and Salon 94 Gallery.)