From Taschen’s release GOAT: Greatest Of All Time: A Tribute to Muhammad Ali, the greatest sportsman of the modern era is depicted in a series of stunning photographs that spans the icons boxing career. To honor this living legend, the publication recreated the vibrancy and power of the man himself in written form. Here, a selection of images historical images along with a personal note from Howard Bingham, Ali’s longtime friend and photographer on their first encounter.

“I met him in 1962. I was on assignment. I wasn’t such a boxing fan at the time. I went to the conference and took a photograph and left. Later on that afternoon, I saw him on the corner of 5th and Broadway, which is in downtown Los Angeles, about a block away from the Alexandra Hotel. I was driving down and saw these two guys just standing there on the corner in their suits. So, I said ‘Hey!’ and turned around and pulled over. I asked them if they wanted to join me and I’d show them around LA. And they liked the idea. They were just standing on the corner looking at the girls go by. And that’s exactly how we met. Thank god for that corner.” – Howard Bingham 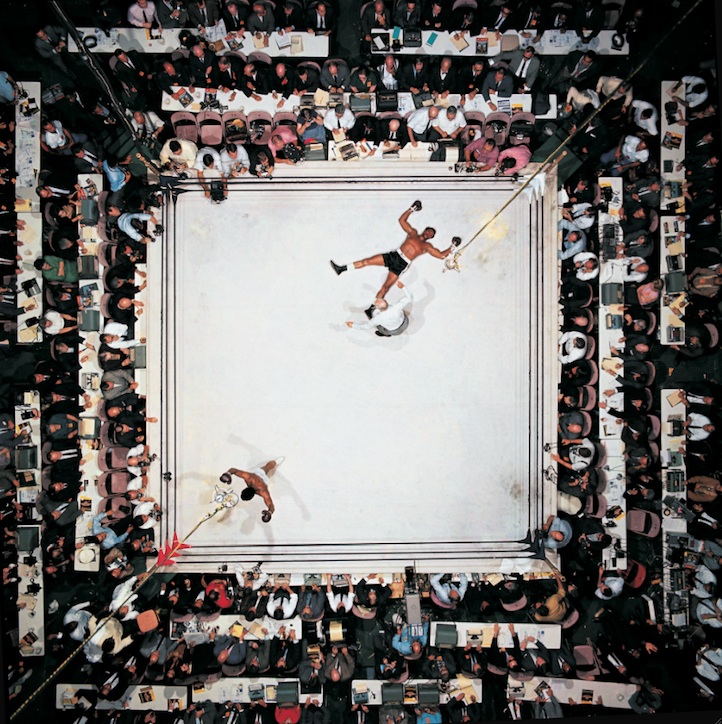