Amanda de Cadenet is the host of a new program called The Conversation – her project she created in the hopes of creating healthier programming for women. The Conversation takes an authentic look at some remarkable females today including Gwyneth Paltrow, Arianna Huffington, Lady Gaga, Alicia Keys – and breaks down the personalities behind these boldfaced names. Here, we chatted with AdeC as we anxiously count down her next episode – debuting on Lifetime this Thursday.

Life+Times: How did The Conversation come about?
Amanda de Cadenet: On a practical level, I couldn’t find programming anywhere where people were telling real stories and it really concerned me that all role models put forth for young women were a specific kind of person – and that really worried me. All I saw were fabricated versions of what a woman’s life was supposed to be like. And this version was totally wrong. It was completely unrealistic and I wanted to change that. 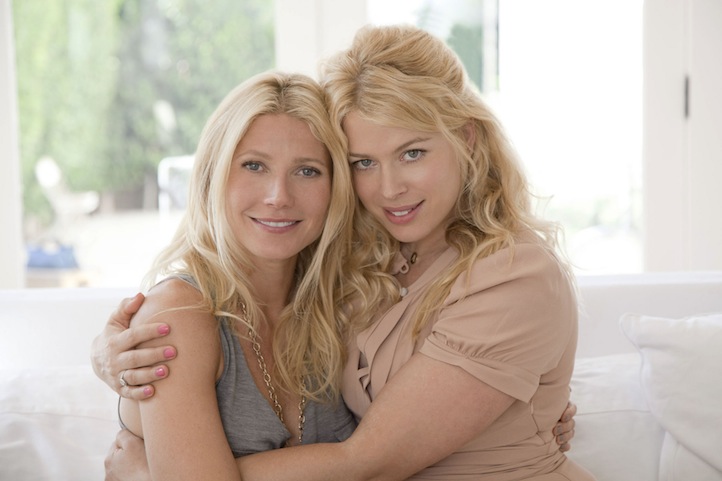 L+T: What about on a personal level?
AdC: Well, Gwyneth Paltrow is a good friend of mine and when she launched GOOP, I saw it and loved it. But in the same way that all her friends ask her questions such as where to find the best Pasta in Italy, for me, everyone was asking me about certain life issues. So when I saw that Gwyneth did GOOP – I figured I could do something and put it online and share everything that I’ve learned. So, that’s how it began.

L+T: I also think it’s one of the only shows that I’ve seen in a while that is authentic. That’s something that can’t be forced.
AdC: I think the truth is that I’m genuinely interested in these issues. I don’t write questions – and I’m interested in the women that I’m talking to because I want to know the answers. And it’s authentic because I don’t know how to be any other way.

L+T: I know the show is shot in your living room. Do you think the setting has something to do with the conformability level of your subjects?
AdC: I was very specific about how I set this up because I wanted the environment to be as unobtrusive as possible. I have a very small crew and we created a place that was totally safe – mainly surrounded by women. It created an environment that was conducive to women talking and opening up. You know, people have been asking me how I got these women to participate. And the truth is it’s a non-promotional show and all these women wanted to be a part of creating healthier programming for women. I was trying to show that we can create alternatives in the realm of media for women.

L+T: When talking to so many women, you often ask them about success. What have you learned from them about their success?
AdC: A lot of the women I’ve interviewed like Arianna Huffington, Diane Von Furstenberg and Donna Karan, I always ask them what defines success. And in particular, Arianna told me that success is having the idea and following through with it but that is paired with consistency. That is what creates success – and I believe her. I had moments when I was making this thing thinking I was crazy – doing this from my house, battling postpartum depression etc…But I really felt like it was needed and people were just desperate for some truth. I wanted to give it my all. 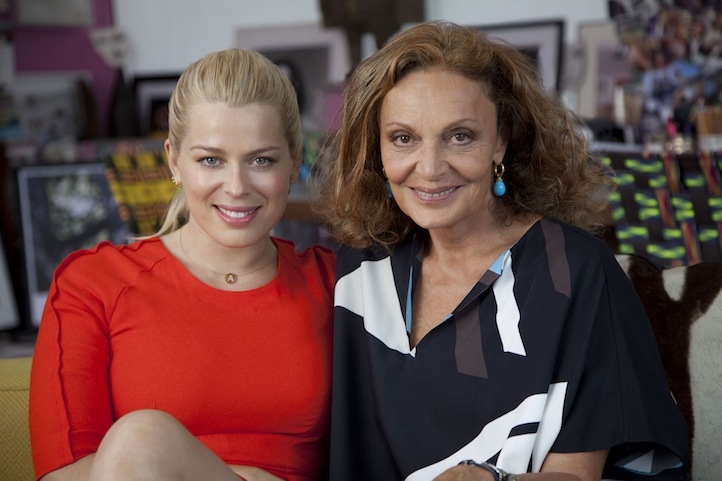 L+T: What I find to be most interesting is that you interview females who are in the public eye, on the cover of magazines, and known for their stardom – whatever that means. But still, your show conveys that they, just like the rest of the world, have insecurities, problems, and relationship issues, weight issues etc…
AdC: I know young girls are comparing themselves to women who are on covers of magazines. And the way the role models life is portrayed isn’t real. Even those ‘role models’ aren’t able to live up to the way their lives are conveyed. Even my friends can live up to the photo shopped images of themselves in magazines. It’s totally crazy. But the objective of these conversations is to challenge your ideas of what you think that person is about – and how you can relate it to yourself.

L+T: I feel like there are certain instances in your life when you realize that for change to take place – it has to come from within yourself. You hold the key to the power – and that’s something that you don’t always know you have.
AdC: Exactly. And only you do – nobody else holds it. If I were to look at the overall mantra of the series – it’s about owning the power to having the life that you want….and that’s not an easy thing.