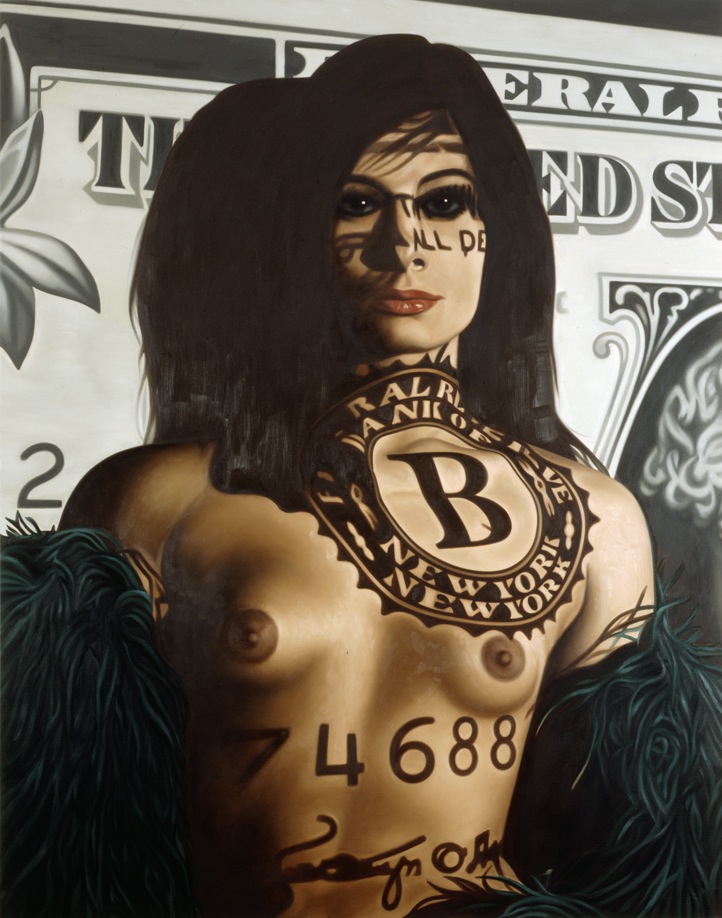 New York-based artist Richard Phillips mines the cult of celebrity to capture the perfect representation of his subjects — in both still life and in motion. He first showed portrait paintings of Leonardo DiCaprio, Taylor Swift, Justin Timberlake and Robert Pattinson in the solo exhibition “Most Wanted” at London’s White Cube gallery in 2011. Pieces he calls “prop art” made for the television show Gossip Girl inspired those paintings and piqued his interest in the power of young icons. Phillips has expanded his investigation of famous personas into short films featuring Sasha Grey and Lindsay Lohan. He will show a series of paintings produced from the films later this year at the Gagosian Gallery and his newest film premiers at Art Basel in June. His accolades include a survey exhibition and catalogue at Le Consortium, Dijon in 2004. The Denver Museum, the Museum of Modern Art and Tate Modern have all acquired his work, as well. Deeply interested in popular culture, he has also engaged in collaborations with MAC Cosmetics, Izod and Jimmy Choo, and recently photographed his white Porsche 965 turbo as part of a fashion spread for Elle. 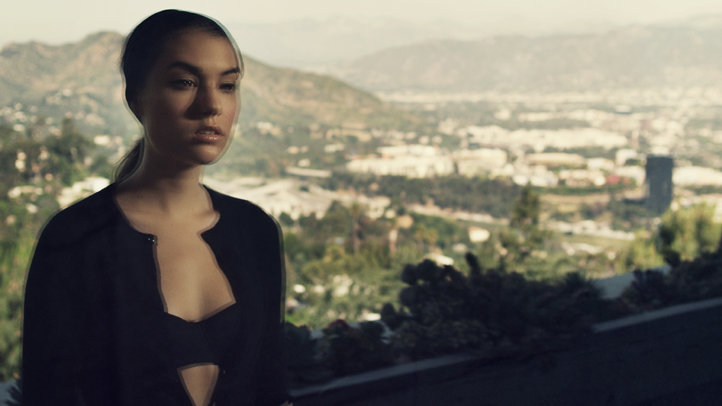 Life+Times: Each of the people you’ve captured in your paintings have a definitive presence in culture, but who knows what that’s going to be in the future. Right now they’re beautiful, vibrant young people, but they are going to age, have their crashes, and also rise to greatness again. Was that part of the intention of the series?
Richard Phillips: It does take into account this particular moment of time and bring a kind of still life in the sense that it slows down that media to a grinding halt. It reflects on the circumstance of this moment, where they are in their lives and in some cases what their accomplishments have been and what they could yet be. It tracks potentials and it may mark the lack thereof. Paintings and portraiture in general have that really strong potential, especially when we assign (portraits) to figures that are celebrated within society. You have images of important figures that been painted thoughout history. Some have a prominence and others faded from prominence and yet they still have their portraits done. It is subject to the same type of harsh speculations on the fortunes of those portrayed. Are people going to be remembered in this way? There’s that famous Picasso statement when Gertrude Stein looked at her portrait that he made of her for the first time and she came in and said, “That doesn’t look like me.” He replied to her, “Don’t worry it will.” And now we only think of her looking that way. His art had that way of creating that impression of her for all time. There is that aspect to the way portraiture can reframe the person portrayed.

Each of these portraits was significant in the sense that the image is a rehearsed expression, that each of those images was used for the media. At the studio, we looked at many, many images from the red carpet and found their perfect “red carpet face” that was most likely to come up over and over again so it couldn’t be determined where that image was from. It was a face that each of these stars rehearsed and used to become a blank screen endorsement of a product or an event that they might appear at. When they step in front of the line of paparazzi, they give that expression. In a way there’s that level of abstraction where it’s no longer attached to any type of accomplishment. It had more to do with providing a kind of blanket type of coverage for the endorsement moment. I very specifically chose that moment to use that selling phase, that winning expression they know. It’s that type of consciousness that I’m trying to portray. Very often that’s the one most fans would recognize.

L +T: You’ve done many different types of work–sculptural, painting–and now you’re delving into filmmaking. Yet, you’re also doing this sort of pop culture work–Gossip Girl, Bravo–-this high profile interaction with television. How do you switch gears?
RP: I had a realization after I did the “Most Wanted” show in London. In that way the work was still being appropriated from that which was out in existing culture. It was a reflection of attitudes toward this form of public endorsement by so-called celebrities. Then an opportunity came up with a friend of mine for his film. At that very moment I was in contact with a friend who was close with Lindsay Lohan. He introduced me to Lindsay, because I had made a painting of Lindsay Lohan for a benefit for AMFAR in Dallas, Texas. He showed the image to Lindsay and he said maybe you should make a painting together or collaborate. It went from looking at people and having the infrastructure of media, to speaking to people that have their own infrastructure and we were able look at the possibilities and schedule a day to do some shooting and create this motion portrait of her. At the same, I did that with the retired adult performer Sasha Grey. We were able to shoot those films back-to-back and address this idea of this tension of this relationship to an individual that exists within this structure yet going through a transformative moment and create a sensitive portrait, if I can even say that. It’s literally to address the kind of psychology in that moment in time with the respect to the larger ideas. It really became less a reflection to the blankness of media and more so taking a look at the psychology of that and how to portray her in another form of portraiture that can then be put back into the media on YouTube in order to completely take a look at how those elements work. And now I’m in the process of making paintings from those stills that have been most mediated throughout the world. The films have been seen millions of times at this point. It’s about affecting about or generating media rather than passively absorbing it and then from a subordinate position trying to, like, have commentary on it. A lot of art throughout time has relinquished control and taken that passive position.

L+T: What strikes me is the idea of time–-in a motion portrait and still lives. What are you capturing in the film, but what are you losing as well?
RP: What happens with the film is that it’s a time-based experience. You have 90 seconds to see this transformation happen visually with sound and image. When those films became mediated throughout the world, there were certain images that had to be chosen to represent those films to talk about them. The films were constructed from storyboards that had still images that we went from scenario to scenario–they were very much constructed like my paintings in the storyboard. 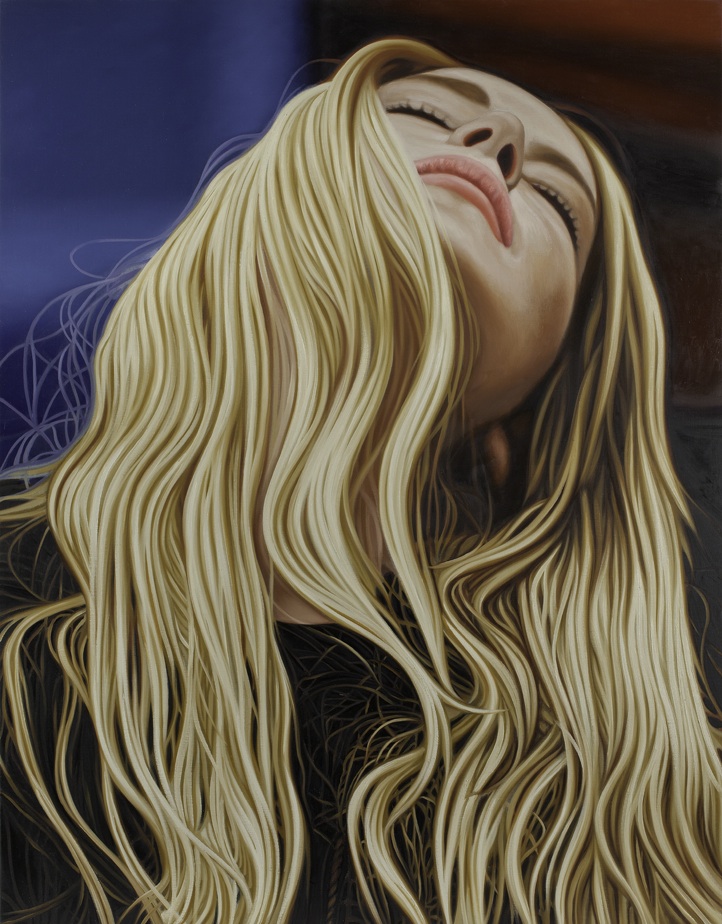 The framing and the images of the film have a great deal of relationship to my style of my composition that I would actually use in my paintings if I was doing those in the first place. When people started selecting images from my film they ended up, not coincidently, looking a lot like my paintings. The editing and selection that happened in the media would have provided the content for my forthcoming paintings that I’m in the process of making. What happens is they become place makers for the different elements in that motion portrait that started out as a storyboard that is still experienced as a film. In the paintings, they take on a more iconic present in a more traditional meaning of an icon. It’s the slowing down of time that can stop.

L+T: When you’ve tasted something new it informs you in a new way. Has this changed your painting?
RP: I would try to empty narrative to create a sense of image that was completely self-sufficient that has no basic other that itself. The paintings are generated from that idea, but they can’t help be engaged in a certain kind of narrative based on their previous media. It’s slightly more abstract. It’s straight forward in what that can possibly mean. It definitely has an interesting comment on the filmmaking and the ideas that go back into it. It’s interesting to now be painting those very images that I actually stood on set and help create by directing the actors to work in a certain way. And now these big images are being drawn and painted in the studio in a way that I’m most familiar with. It’s exciting to be looking at them in a different way.