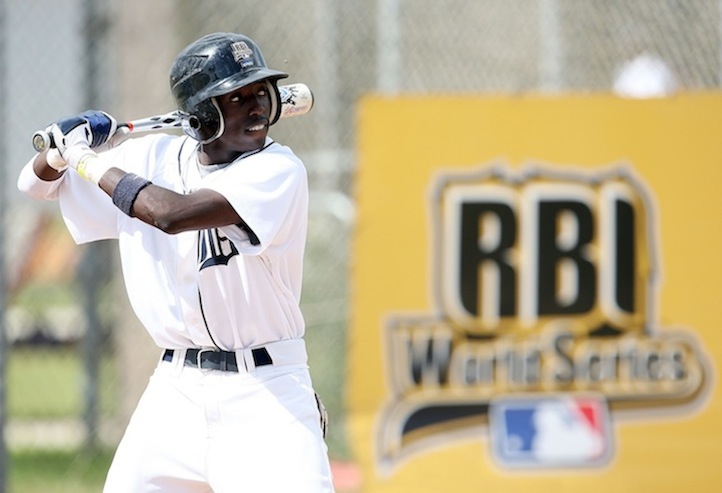 The sight of a kid toting a leather mitt and a pair of cleats has become rare in most American inner cities. Yet across the country, baseball proponents are looking to revitalize the sport where its decline has been the sharpest. It’s happening on weekends, at Verizon Field in lower Manhattan. On a warm October day last year, the catcher had a picture-perfect view of the East River from home plate. The freshly raked field gleamed as the boys trotted across the diamond for Saturday afternoon practice. Youthful legs zoomed around the bases. The boys ranged in age from 13 to 15 and represented some of New York City’s finest young talent. Although the regular season had ended, these players were preparing for high-pressure tryouts to earn coveted positions at elite boarding schools.

For these kids, baseball is not only a pastime; it’s a means to an education. Eighth-grader Izzy David was among those who would try out the following day for a slot on an upstate New York boarding-school team, which could potentially lead to a college scholarship. “I started playing at five years old,” the 13-year-old second baseman said. “It gets me away from things and calms me down. It’s taught me that not everything comes to [me] in one day.”

David can develop his game thanks to the Major League Baseball initiative, Reviving Baseball in Inner Cities (known in shorthand as RBI). Former player John Young started RBI in Los Angeles in 1989; it has grown to become an international program in 160 cities and encourages 120,000 boys and girls each year to join baseball and softball teams. In 1997, RBI merged with the Boys and Girls Clubs, which expanded its outreach to kids like David. The annual RBI World Series in Orlando has become a major draw.

Although the majority of RBI’s participants won’t continue on to the majors, exemplary players do emerge. The major leagues have drafted more than 170 former RBI players, including the Boston Red Sox’s Carl Crawford, the Philadelphia Phillies’ Jimmy Rollins, the New York Yankees’ CC Sabathia and the Los Angeles Dodgers’ James Loney.

Loney, a promising first baseman, played on an RBI team in his native Houston in 1999. He was a first-round draft pick in 2002. He remains involved with RBI in Houston as well as L.A. “In baseball, we’re learning something new every day,” Loney said. “The more you know at a younger age, you can develop better. Baseball is precision. Kids are playing other sports. It might be boring to watch if you don’t know all of the rules. I don’t think they know all the strategies. Once you learn all of that, it’s much more exciting.”