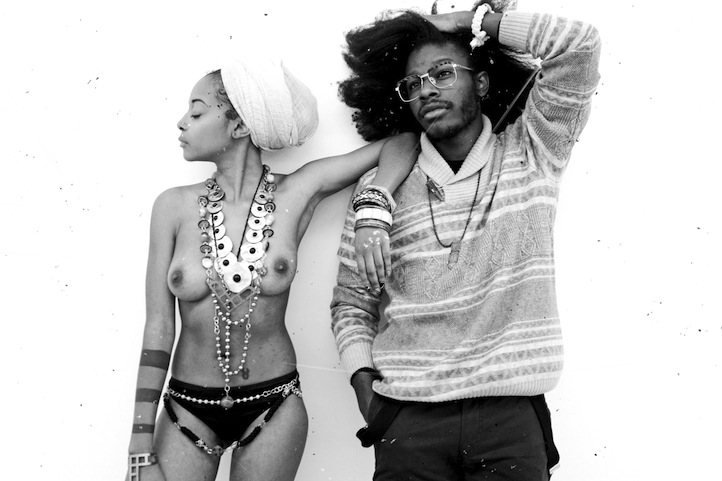 “Imagine if Phil Collins was 26 and from the hood, but with a world perspective.” That’s how Jesse Boykins III describes the sound of his forthcoming album, Love Apparatus. That might be a tough concept to wrap your mind around, but if you’re familiar with JB3’s steez, then you can begin to imagine the opus he’s brewing.

Chances are New Yorkers have seen Jesse Boykins III moving down Bed-Stuy avenues in bold floral print and mid-cut wingtips, with his signature Frederick Douglass-esque mane billowing in the wind. The rest may have seen him on BET’s106 & Park or performing in the Bay, Berlin or a Jersey house party. Wherever you’ve seen or heard him, he no doubt made an impression.

Like his music, Boykins is a mix of influences: Chicago-born, Jamaica-bred, Miami-raised and New York-educated who touts singer, songwriter, director amongst his accolades. The 26 year-old soul man carries himself like a steezy black Jack Kerouac, a likeness befitting of his World Soul sound and wayfarer lifestyle. Musically, his breathy voice is able to somehow distill his electronic production into something warm and sultry. Whereas artists like The Weeknd are producing synth-heavy ethereal odes to weed and one-night stands, Boykins is infusing similar soundscapes with heart and soul music. This focus on love and sentimentality forms the crux of Boykins’ Romantic Movement, a Soulquarian-esque collective of indy artists who are trying to bring a cosmopolitan cool back to R&B.

Boykins is quick to rattle off non-musical influences such as the French Revolution, self-empowered women, Walt Whitman, James Joyce, dance and the history of sex, but it is black style that most fascinates him. It is this interest that led Boykins to Street Etiquette, a men’s lifestyle blog ran by two young black fashion historians from The Bronx, Joshua Kissi and Travis Grumbs. “They want to educate our generation on style and how that ties in with feeling good,” Boykins shares.

“I like to make timeless music,” Boykins says, “I want someone to look at me and wonder what era I’m from. I don’t ever want anyone to know where I got my style from, I want to be a blend of things.” His particular style seems to blend West Indian and beatnik influences, along with whatever else speaks to him when thrifting. “I can’t break my style down to a ‘t, I just know that it feels good and represents what my music sounds like.”