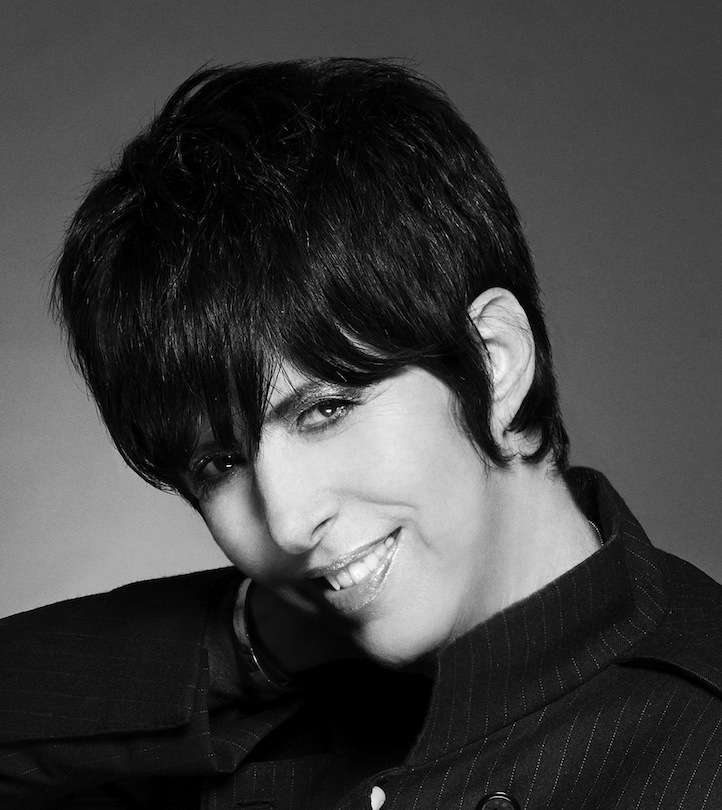 “It’s all about songs and music to me. Music is the biggest thing in my life and the radio, the record player, the guitar, and the piano are my most important influences,” Diane Warren says over the phone from her office in Los Angeles. Warren is considered to be the most prolific and successful contemporary songwriters of our time. Since the beginning of her career, Warren has written for artists such as Aerosmith, Elton John, Tina Turner, Aretha Franklin, Patti LaBelle, Eric Clapton, Jennifer Hudson and Justin Bieber, among many others. When we started chatting, the impetus of our conversation was to find out those individuals who have had the most profound influence and impact on her life – both professionally and personally. But as we dug a little deeper and began to decipher those people she wanted to pay homage to, she changed her tune. “You know what? It seems like some of my biggest influences aren’t necessarily people, but inanimate objects. Let me explain…”And that’s exactly what she did. Read below to find out the four tools that had the greatest impact on who the iconic songwriter is today.

THE RADIO – “My biggest influence is the radio. I basically lived in a radio. I was kind of a loner as a little kid growing up in Van Nuys, California. The radio was my friend. I was one of those people who did nothing but listen to the radio when I was little. Songs really influenced me and as I got a little older I thought I wanted my songs to come out of the radio and influence people – just like certain songs did for me. KRLA was one of my favorite radio stations and I was always into Top 40 music. The coolest thing about radio at that time was that they played everything – it wasn’t fragmented. When I was a kid I could hear The Beatles next to Frank Sinatra next to Jimi Hendrix. As a songwriter, I couldn’t have asked for anything more. I have two older sisters who are much older than me and they were always playing records. I remember hearing Elvis Presley and Buddy Holly when I was very young. It was pretty amazing to have this kind of influence.”

THE RECORD PLAYER – “I remember the first record I ever bought was Meet The Beatles!. I went with my mom and I made her buy it for me. I remember how excited I was. And the cool thing about having older sisters was that I saw The Beatles in concert twice. I used to look at singles that I had purchased and I used to pretend that someday I would see my name in the parenthesis that they used to have. The visceral nature of that experience was really cool for me. I would play Led Zeppelin, Jimi Hendrix, and all the Motown stuff constantly. I bought and listened to a lot of records. I actually have no idea where my collection is now. I went to look for them at my mother’s house around five years ago and I can’t find them. I have no idea where they went.”

THE GUITAR – “My first guitar was brought home for me from my dad when I was around 10 or 11. I started making up my own songs and I was that kid who was alone in my room playing my guitar and listening to the radio. My dad took me for guitar lessons to which the guitar teacher said ‘Don’t bring her back – she’s tone deaf and I don’t want her back here’. When I was 14, I became really obsessed with songwriting. I got a subscription to Billboard Magazine and I bribed my dad when I was 14 to buy me a 12-string Martin guitar. I was a straight F and D student and my father said that if I was to get nothing below a B that he would get me the guitar. So for the one semester of my life I got straight A’s and B’s and he got me the guitar. As soon as I got the guitar I went right back to my F’s and D’s. Once I had what my life’s work was going to be I never went back. I then started writing tons and tons of songs.”

THE PIANO – “I taught myself piano when I was 18. I took one theory class but I’m pretty much completely self-taught. Someone told me that the piano is the best song writing tool and instrument. I went to different schools and would break into the piano rooms and I’d skip class all the time to play on the piano. I had been writing songs on my guitar (and then the piano) when I was 14 years old and I’m still obsessed. I’m in it to win it. To me, it’s like breathing – without it I’d die.”