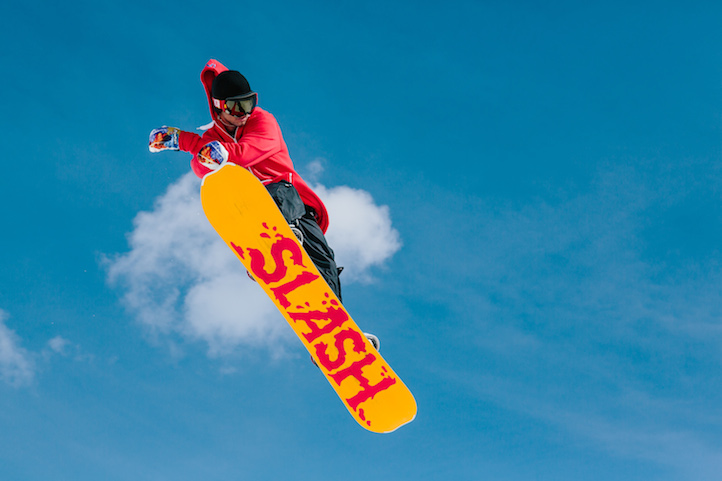 Anyone who follows the world of EDM knows there is no shortage of music festivals. Even multi-day events such as Coachella and Governors Ball allocate at least one niche stage to feed the BPM-hungry audience. However, there is an annual week-long festival that combines skiing and snowboarding with live DJ sets in the Austrian Alps. No, it isn’t the Winter X Games – which is solely focused on a series of extreme sports competitions and lasts only 3-4 days. The bass thumping, party-filled, “winter” (in April) wonderland is Snowbombing (April 7-12, 2014) held in Mayrhofen, Austria. I enlisted the help of Snowbombing CEO, Gareth Cooper, to give me some of the highlights of this 15 year-old event. Gareth’s detailed explanation of Snowbombing is comparable to an artist painting a detailed mural for a blind person – Gareth being the painter and me as the blind person. 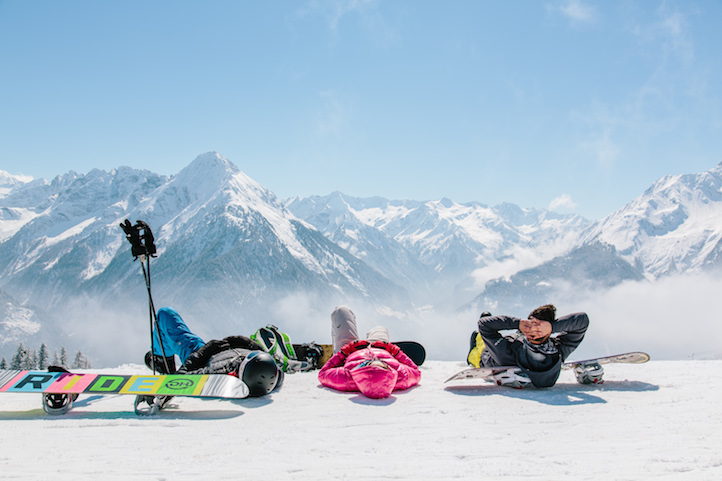 What started as an Outgoing Ltd. promotional event in France evolved into what it is today – Europe’s largest music and snow festival. Originally, Snowbombing started out as an electronic dance music-themed event, but in 2008 live acts were added to the bill – such as Foals and Friendly Fires. This year’s massive music roster is full of legendary artists, current chart toppers, and up-and-comers. It’s a mini combination of Ultra and Coachella… but not. As I tell Gareth about how alluring and great the lineup is, he responds with an innocent and humble question, “Really?” He quickly moves on to describe the unique venues and characters of Snowbombing. Gareth adds, “The music is sort of the backdrop in a way. What comes before it is the people and the environment, [and] location; snow, mountains and people and we put music with it which makes things better as well.” 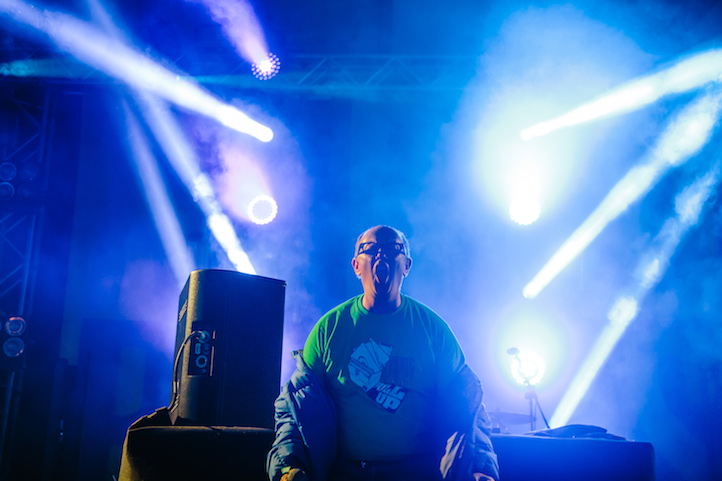 The stages and venues of Snowbombing is unparalleled to anything in the world – the promoters have the scenic Austrian alpine country to thank for that. DJ sets and artists are slated to perform in the following key venues: an underground tennis center (The Racket Club), the picturesque Waldfestplatz forest (The Forest Party), an igloo (Superdry Arctic Disco), and an oversized 300 year-old wooden barn in a valley (Backcountry Party). “We have venues that don’t normally exist in festivals. One of our best venues is an igloo. It’s a small one. It holds about 400 people. Fatboy Slim says it’s the best venue he ever played in his life,” Gareth proudly states. Snowbombing’s igloo and antics were first introduced to me through an interview with producer and BBC Radio 1 DJ, MistaJam. Despite the delightful details I was already given last year through MistaJam, I am still intrigued by the concept of an igloo DJ set. He further adds, “We use forests. We had a big street party (The Street Party) last year. We have stages on the mountain. We take over barns…and have parties there. You just have to keep things interesting.” 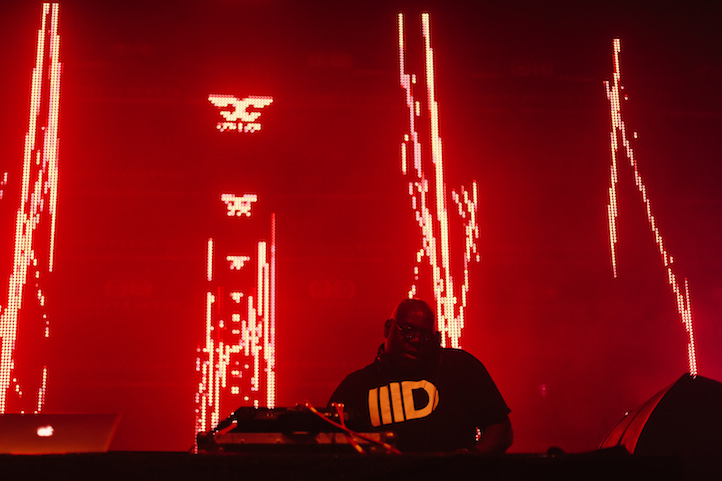 After all of the chatter about venues, I begin to wonder and verbally inquire why there isn’t an American edition. Gareth replies with a sigh and states that they “have been trying to bring Snowbombing to America for five years because you guys (America) need it. We have a lot of people coming over from America.” It’s not shocking to find out the amount of Americans that travel overseas to attend Snowbombing. The week-long Snowbombing experience (wristband and lodging) will cost you only a little under $700, sans airfare. If you’re feeling really adventurous, you could always take part in the official two-day Snowbombing Road Trip that leaves from London, with an overnight stop in Luxembourg before arriving at the festival in Mayrhofen, Austria. Upon arriving, Snowbombers are urged to play their part in the ‘Fancy Dress’ theme throughout the weekend. One of this year’s many ‘Fancy Dress’ motifs will consist of traditional German garb. “We’re doing Austria’s biggest lederhosen party,” Gareth says. “You have to go with such an open mind and be prepared to accept anything.” Other activities outside of dressing up and the obvious nightlife, are skiing and snowboarding. The ‘Ride and Seek’ competition consists of pro riders and Snowbombing boarders. “A lot of people don’t even ski or snowboard. Our last club – when it’s all shutting down – closes as seven in the morning. You can go on all night. You can choose which way you want to play. You can go on the mountain and ski or you can just party or you can do both if you have it in you.” 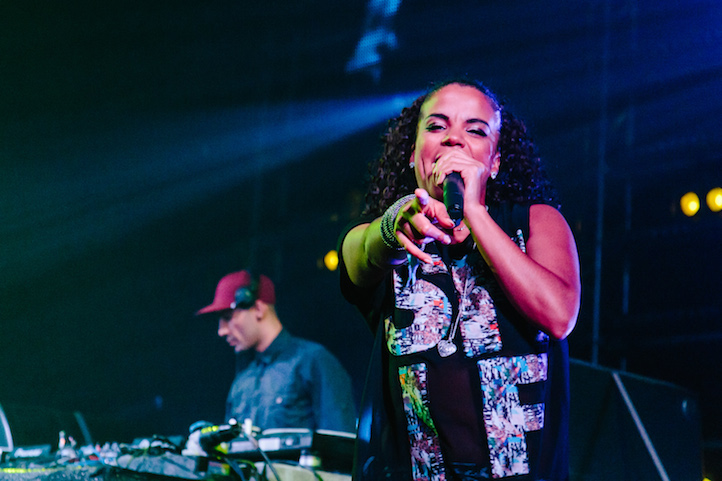 Snowbombing is easily the only place you’d be able to say you partied in an igloo and stood on a ski lift with a world renowned DJ. “It was never meant to be a festival. It sort of got out of hand. It was never meant to turn into this. We just wanted to sell a ski holiday and then it all became a festival,” Gareth states. I ask Gareth what he’s particularly looking forward to this year at Snowbombing and his response serves as the final stroke of the brush of the Snowbombing painting. “I’m looking forward to [The] Prodigy playing in a forest with the snowy tips of the mountains all around them with the pines. That’ll be amazing.” 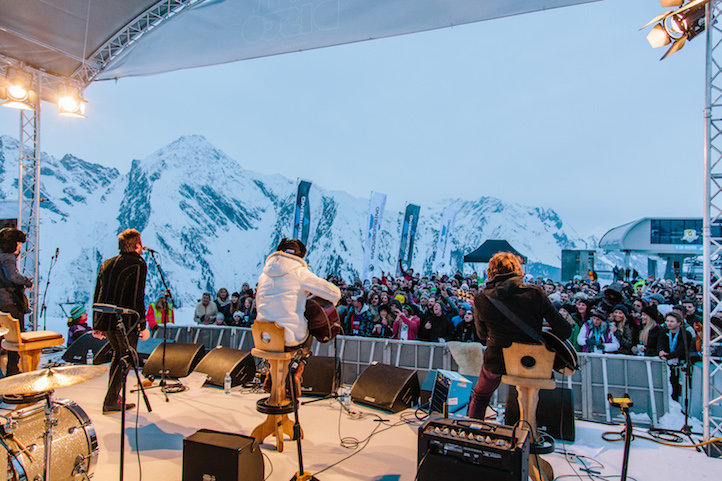