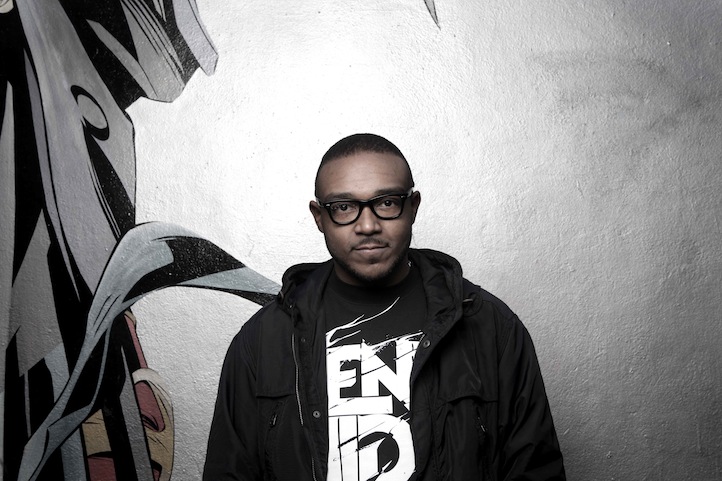 The UK has always stood at the forefront of trends in fashion, art, and music. Specifically in the world of dance music, BBC Radio 1Xtra has served its listeners a palette of dubstep, grime, drum n’ bass, and hip-hop all on one radio show. “Within the UK, the way that we look at urban is very different than the way you look at urban in the States,” Pete Dalton, better known as MistaJam, says. “So for us, EDM or certain parts of EDM are as urban as hip-hop and R&B. So for me, across the week that’s what I play.” Hailing from Nottingham UK, MistaJam is the multitasking triple achiever (DJ, radio presenter, actor) that gives the world the “key to the underground” through his BBC Radio 1 and 1Xtra shows. Last year, his fathomless love for music gave him the push to launch his own brand/label, Speakerbox. Through all of the highlights of MistaJam’s extensive music background, he considers one facet of it as “the best, beautiful coincidence that could have happened.” You’d be surprised at who is partly responsible for the quirky happenstance in his career.

Life + Times: Like most of the DJ heavies, you got your start when you were a teenager. What records did you grow up listening to?
MistaJam: Growing up in the UK in the ‘80s and ‘90s, it was very varied. When you look at what was in the charts around that time…you would have one rock record being the #1 hit in the country one week, a hip hop record the next week and then that being replaced by a house record. I kind of grew up listening to all genres. I first started to make my DJ name within hip hop. In terms of a fan, you can’t really pin it down to one genre.

L+T: Besides your obvious love of music, what was an additional aspect that helped motivate you to start DJing?
MJ: I think it’s just my lack of musical skill. (Laughs) At school I used to play the drums, like in a school band. Me and my friends used to pretend to be rockstars at lunchtime. I used to play with essentially the school orchestra and play the drums there. I’ve tried to play instruments many times, my musical skill as a player is not bad, but having the love of music that I have, the next best thing for me is to be able to play quality music for other people.

L+T: For those in the States that are not familiar with Saturday Night Soundclash and your other BBC Radio 1 and 1Xtra side projects, tell me about what listeners can expect. What different genres do you play?
MJ: Across the course of a week, that’s kind of the 1Xtra new music shows. In terms of genre, we’ll play pretty much anything you can get away with on 1Xtra. 1Xtra is the urban station for the UK in terms of the music that that station represents. I’ll play stuff from singer-songwriters to A$AP Rocky to Skrillex, anything that’s new, that’s fresh that falls under…what the station does. Saturday nights on the other hand is what we call over here in the UK, bass music, which is essentially the bass side of EDM; those sides of the EDM that are really kind of driven by bass. You get dubstep, a large amount of deep house music, drum n’ bass, all of those kinds of genres – that’s what Saturday night is all about.

L+T: Based off of your expertise in discovering new music, who are some key artists you would recommend for us to look out for this year?
MJ: I think for 2013, it’s not any one particular artist right now. It’s a massive cop out for me, but as a DJ that gets to play what he wants on radio, I don’t have a program director telling me what I need to play. I think it’s more about sounds. What seems to have happened is that the UK has gone over stateside and there’s a new fusion happening that hasn’t really happened before. We’ve got our influences over in the UK. Through that, we’ve created dubstep and we created UK drum n’ bass. That’s coming over to the States and mixing with hip hop and now we’re getting trap. This sound that you don’t quite know where it’s coming from, but it feels like it’s part of a movement and it feels like it’s the next progression of the EDM and urban worlds really just molding into one.

L+T: Hilarious! I grew up off of UGK and Swishahouse, so for you to say that you were and are into that trap music is really exciting!
MJ: Look, we love Swisha! We knew about what was going on. We’ve always had a real love for it over in the UK. There’s one Southern hip hop record that Skream & Benga used to play in their dubstep sets and everyone would go, ‘What the hell is that?’ We knew about it. Travis Porter! You know, “Make It Rain.” That’s the same tempo as dubstep. So, we were playing it with dubstep. What we were playing the UGK stuff; we were playing the Three Six Mafia stuff and throwing it in with dubstep. So now, trap has come along. We’ve been doing that. It’s always worked! It’s some really interesting producers over here that are making the sound, like a guy called DECiBEL and obviously TNGHT, and Lunice who’s from Canada. Trap right now is probably the most exciting form of bass music over here in the UK.

L+T: The biggest debate that is going on now is surrounded by the term “EDM.” How would you respond if someone were to say they hate the reference “EDM?”
MJ: I understand it. I think a lot of the American audience say “EDM” when they mean “house.” A lot of the American audience say “EDM” when they mean “dubstep.” A lot of the American audience say “EDM” when they mean “drum n’ bass.” There’s a distinct differentiation between the different genres, but in America it seems to get lumped in with everything. So, I completely understand why somebody would be against the term “EDM.” For me, it’s a great term to introduce people to sounds. You guys in the States are just now getting into club culture. We’ve had it in the UK for a long time. We’ve had raves, we’ve had clubs, we’ve had warehouse parties, we’ve had festivals – all of these kinds of things that are new to the American audience that we’ve had for years. For the longest time at the start of our culture, we didn’t have a name; we didn’t know what to call it. So if you guys are happy with “EDM” right now, then that’s introducing people into being a little bit broad minded with their musical taste. If it’s going to break down barriers between all genres, then I’m all for it.

L+T: How did the collaboration with Knife Party come about? “Sleaze” continues to be a dance music anthem.
MJ: I’ve known Rob and Gareth for years via them doing Pendulum. Before disbanding Pendulum, they had a few Pendulum gigs left to do. One of the gigs that they did was at this big snow festival in Europe called Snowbombing. They played their set. Skream was doing a disco set. I love disco and always have. I was backstage and Skream just went to me [and said], “Look, here’s a microphone. You can talk. Be my hype man for the set.” I’m on the microphone and I come up with, “Until they kick us out, people move your feet” because it looked like it was far too many people in the club. The guards are about to start throwing people out. There was our vibe. I said that in the mic and I felt a tap on my shoulder. It was Rob and Gareth, Knife Party, and they said, “That’s a hook. I don’t care what you do. Remember that hook. We’re going to record that hook. That needs to be on a record.” I thought nothing of it. I recorded it on my iPhone just so I wouldn’t forget because, you know, the Henne was flowing. I got back home to the UK and got a call from Gareth saying [they were] about to launch Knife Party. At that point, they hadn’t decided to call it Knife Party. I tried to get down to their studio to record it and didn’t get a chance to. So, I recorded it in my studio. They didn’t know what tempo they were going to put it on. I just essentially recorded it to a kickdrum track and sent it over to them. Then, you fast forward three weeks and I hadn’t heard anything. I didn’t know if they were going to use it or not. Then, I got a text message from Gareth saying, “We’re in Ibiza. Listen to Radio 1; we’re going to play the track.” So, the first time that I heard the finished version of “Sleaze” was when they played it in their first ever set as Knife Party live from Space Ibiza on Radio1! I had to wait nearly a year to get a copy of the record myself. (Laughs) They didn’t have any plans to release it. For me, it’s the best beautiful coincidence that could have happened in my career.

L+T: This is easily the best story I have ever heard in regards to a development of a track. That chant makes the song. “Until they kick us out…”
MJ: If it hadn’t have been for me being at the festival and the security being kind of douchebags and from me being essentially handed the microphone by Skream and him saying, “Just say something” – then it would never have happened.

L+T: Do you think a DJ is a musician?
MJ: Yeah, definitely. It’s just the instruments we choose to play with is prerecorded music and turntables or CDs or laptops. When you look at what a DJ does, what a good DJ does, is that they put together pieces of music that work together that you would have never thought of before. Miles Davis would put notes together that you would never have thought of before, but they work because he put them together. The best DJs in the world will take records from different genres, different eras and different tempos and put them together – that is the essence of music.