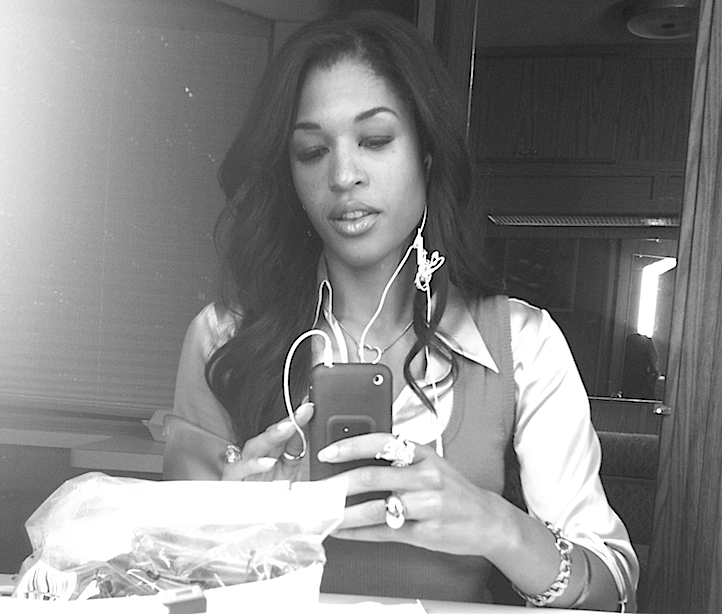 They say you can tell a lot about a person by what music they listen to. In the case of actress Kali Hawk, that axiom might just lead you to more questions. But, if you’re stuck, the New York native turned LA starlet may help you glean some insight via her Shazam app. After appearing in the comedies Couple’s Retreat and Get Him to the Greek, Hawk is getting ready to soar in the Kristen Wiig comedy Bridesmaids, which opens on May 13. But before you see that, peep some of Hawk’s favorite songs and find out why she keeps them on her iPhone rotation.

“Everytime I get in the car this song comes on. It’s like a little cosmic greeting! I love it.”

“Sail With Me” by Ima Robot

“I was in the fitting room at American Apparel in Silverlake – LA’s hipster haven – when suddenly the experience became so magical. It took me a minute to realize I should Shazam the song I was now singing along to, but I’m glad I finally did. I can’t describe the music, or even why I like it, but I bought the album. And some gold lamé stretch pants.”

“Run the World (Girls)” by Beyonce

“When this song jumped out of my car stereo I was instantly taken aback. The sound was so surprising and different. I didn’t even know it was Beyonce at first! I had to Shazam it and listen to it again, and again…and again! I am now so obsessed with this song that I have the video’s release date marked on my calendar. Well played, Beyonce.”