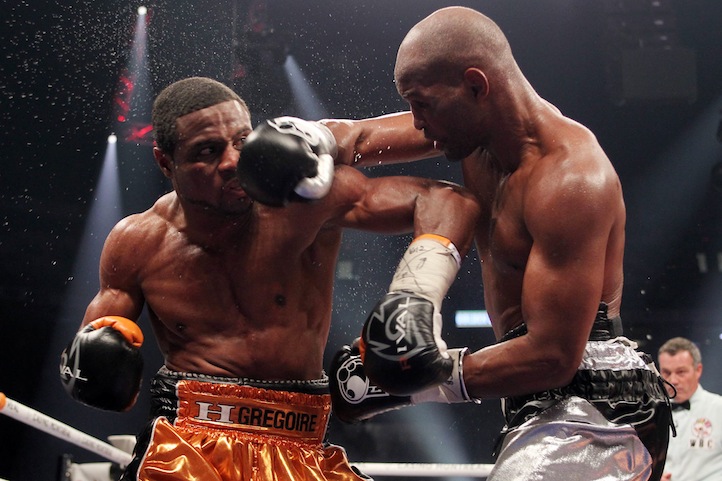 “(My career in boxing) is no different than Jay-Z’s,” Bernard Hopkins (51-5-2-1, 34 KOs) boasts. “People said he should have retired at 40, just like people say I should have retired at 40, six years ago. I said I will retire when one of these young boys can embarrass me to the point where I need to retire. I can’t speak for Jay-Z, but none of these young rappers are embarrassing him in hip-hop and that’s no different than me in boxing.”

Last December, 28-year-old Jean Pascal was the latest young gun who thought Hopkins needed to be taken out Old Yeller style when they met in the ring for Pascal’s light heavyweight title. But the cagey veteran ripped into the Canadian and gave him all he could handle for twelve rounds. Despite walking away with an unsatisfying majority draw in a fight that many thought he won, Hopkins proved that he is still one of boxing’s best and looks to break George Foreman’s record and become the oldest fighter to hold a major title when he meets Pascal in a rematch on May 21st. 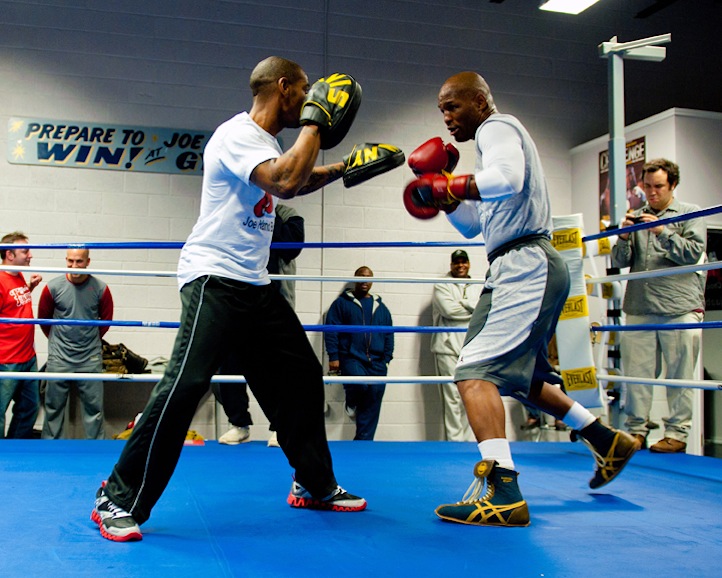 “I’ve already broken that record in my own mind. Even though it’s not on paper, most of you believe I won that fight,” he says, noting that the WBC ordered a rematch due to the controversial scoring of the first fight – which just so happened to be in Pascal’s backyard of Quebec City, Canada. With the rematch around the corner, Hopkins can’t wait to again face one of boxing’s supposed new stars.

B-Hop has made it his mission to derail the careers of each and every young fighter who thinks that they’re ready to retire the old man. Check the resume: Felix Trinidad, Kelly Pavlik, Jermain Taylor, “Winky” Wright and Antonio Tarver are among the names that were confident they would dominate Hopkins only to exit the ring a changed man.

“All these guys were new generation fighters supposedly coming up to be the next boxing stars,” the man with 20 consecutive middleweight title defenses says. “I’ve changed them all. I’ve been a stall on this generation of fighters.” Skeptics try to lump Hopkins in with the glut of fighters who are being “recycled” by promoters because of their past accolades rather than their present talent.

“They can’t recycle Bernard Hopkins because I haven’t fallen into the waste,” he says with a chuckle. “They should look at it from a different perspective by asking ‘Why are they recycling these guys?’ And ‘why are the young whippersnappers losing to old guys like me?’”

The answer, for Hopkins, is simple.