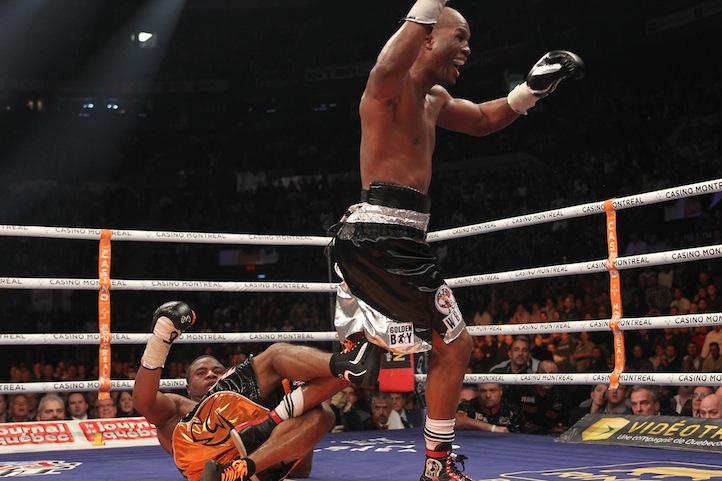 “There are a lot of good fighters out there today, but they don’t surpass us.”

Don’t get it misconstrued; Bernard Hopkins isn’t too selfish to share the wealth. But when he looks around, he doesn’t see young Americans – more specifically African-Americans – in the boxing gym trying to become the next Floyd Mayweather Jr. or Bernard Hopkins. The lack of urban youth in the gym has often gone ignored by mainstream journalists but it’s something that Hopkins feels must be addressed. What B-Hop sees is a generation of African-Americans who live in what he calls a “microwave society” filled with reality stars searching for their fifteen minutes of fame and would rather take the fast route to success instead of trying to truly perfect a craft.

“A lot of these young kids want a quick lottery ticket to become the next Jay-Z or Bernard Hopkins, but they don’t want to put the work and time in,” Hopkins explains. “They look at the videos with the cars and the girls and they automatically skip past what it takes to get there. There’s nothing wrong with being motivated to want these things but if you pay attention to the stories of the great musicians, artists and athletes, there is always a struggle.”

Citing rising crime rates in places like Philadelphia, a struggling economy and a society that dangles the golden carrot in front of impoverished youth, Hopkins says the gyms are losing African-Americans children to the streets or to careers where the odds of making it are slim to none, especially without the right preparation. “They aren’t concerned with training, going to the gym and then having to fight for $600. They want thousands man!” he says passionately. But Hopkins says the youth don’t truly understand consequences for trying to make a fast buck. “The reality is that they don’t see the failures. Let’s use both sides of reality to show our kids where they might end up.”

While the new generation may not understand how hard work can eventually pay off, Hopkins has made it his mission to speak to urban youth and hopefully see them choose the gym over street life. “I won’t let this knowledge go to waste. I’ve got a busy schedule, but I give my time. I’m not here to just be one of the great legends that came and just fought,” Hopkins says. He takes great pride in the fact that he worked hard, studied his craft, learned the business and didn’t abuse his body with alcohol and cigarettes to become the successful boxer and businessman he is today. Hopkins wants our children to know that they too can be successful if they are willing to put in the work. “I’m not the one to say I’m ‘different’ but it’s about being different than what the stereotypes say we should be.”

If his career is any indication, Hopkins has always been one to break the mold.