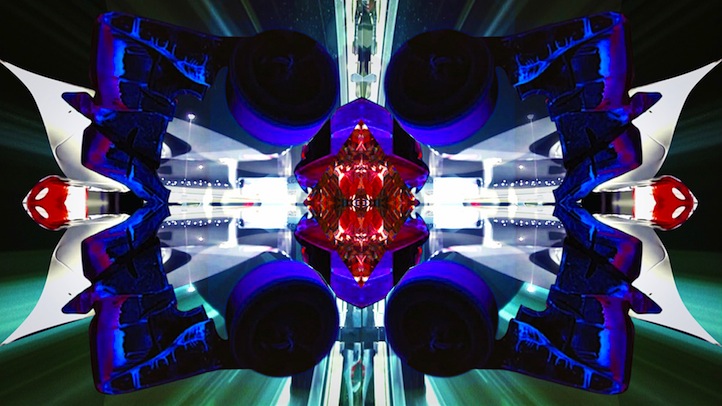 We’re constantly fascinated by the kaleidoscope-like work of video artist Marco Brambilla. He has a way of mixing juxtaposing imagery with hallucination-inducing visuals, creating a body of work that pulls you in and keeps you captive in his modern day self-created world. In his latest project, he collaborated with Ferrari on a piece titled RPM 2011, whereby Brambilla presents a compelling psychological portrait of a Formula One driver’s point-of-view during a race. RPM was photographed by Brambilla at the Italian Formula One Grand Prix in Monza, then processed in his signature style: images from the Scuderia Ferrari archives as well as race broadcasts and film clips were sampled to create an abstract series of images which seamlessly unfold before us in 3D space. Here, the artist sheds some light on why he felt the need for speed.

Life+Times: Your latest video collage is titled RPM and “blurs the line between man and machine.” How do you think this is conveyed in your piece?
Marco Brambilla: The film juxtaposes imagery from races and the drivers as well as macro “machine” elements in the form of an abstract video collage. The idea of man/machine came from a quote from legendary F1 driver Ayrton Senna who often said that he enters a state where his consciousness becomes “one” with the car and the circuit to win. 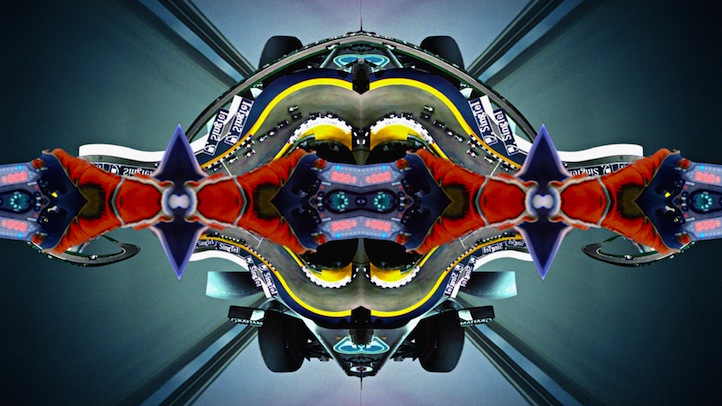 L+T: RPM presents a compelling psychological portrait of a Formula One driver’s point-of-view during a race. What first hand research did you do in order to make this experience as authentic as possible?
MB: We looked at a tremendous amount of on-board footage from F1 race through the years. The more recent material has reverse angles where you can see the reactions of the drivers during an actual race. Some of this material is incorporated into the collage. The rest is completely fabricated, but hopefully viscerally re-creates the psychological space of a driver during a race.

L+T: Your piece was commissioned by Ferrari. Why did this project make sense?
MB: I’ve always been fascinated with F1 racing (which represents the state-of-the-art in technology) and Ferrari is the most successful team in the sport’s history so I was naturally drawn to working with them.

L+T: You’ve stated “I wanted to capture the sense of being on the very threshold of the limits of control – the feeling of euphoria and danger which are equally present in the mental state of a driver during a race”. Do you consider yourself a daredevil?
MB: Only in the way I work. But seriously, my work is all about moments of transition and the idea of pushing your physical state that close to the edge is thrilling to me.

L+T: There is no beginning or end in RPM, just an accelerating trajectory that has no specific destination, compressing time and reflecting the elevated mental state necessary to maintain control under extreme pressure. Was this something that was important to you while putting together this project? Why did you want to blur the essence of time?
MB: This goes back to the idea of getting inside the driver’s state of mind during a race, doing 60-70-80 laps repeating the same trajectory over and over and sustaining that kind of focus is super-human. The subjective sense of time during a race is as abstract as the visuals in RPM. 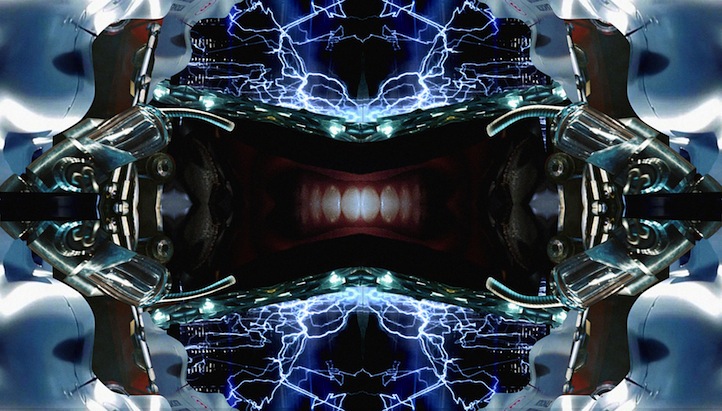