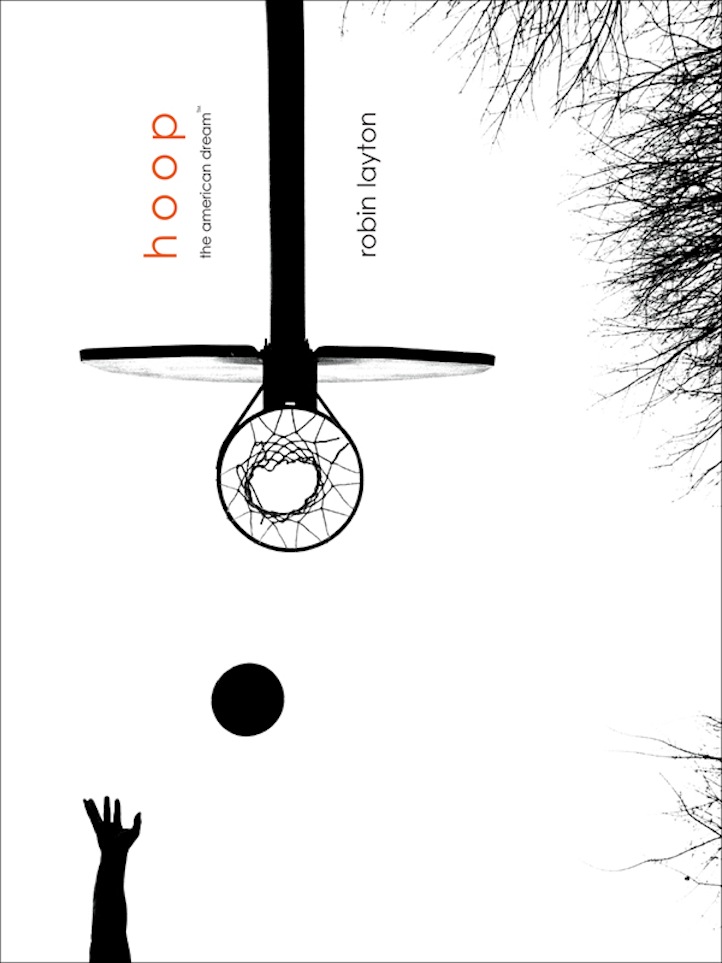 As someone who has stated that she eats, breathes, and dreams photography, Robin Layton’s latest project exemplifies her artistic mentality. In her latest book Hoop: The American Dream, Layton traveled across America and shot some of the great basketball nets that came her way. Her book contains photographs of unique basketball hoops across America and the childhood hoops of some of the most revered players of our time. Here, Layton walks us through the formation of her book, and why she believes everything can be tied back to “the sporting life.”

Life+Times: How did this project come to be?
Robin Layton: About 10 years ago, a friend and I used to send photos to each other of photos that we took and made them into cards as a way to keep in touch. One year, he sent me about five different cards he shot, all of different hoops. I told him for years that he should do something with these – whether it was a book, a series of cards or even a calendar. But, he had no interest in doing so. I saw a hoop in the snow while out shooting another assignment and decided to take a photo of it. I was hooked. I immediately called him on the spot and asked if he still had any interest in doing a book and if so, would he mind if I did it. He said, “Go for it! Show me how it’s done!” 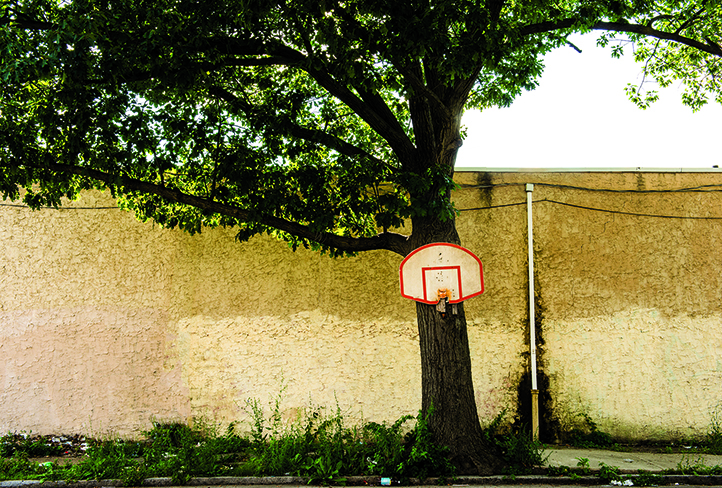 L+T: Growing up, what was your relationship with basketball? Do you have any early memories?
RL: I played basketball in intramural sports in middle school and high school. I’m still proud of winning Best 6th Grade Athlete. I related to a lot of the philosophies of basketball. I remember seeing a poster when I was young of an old gym with light coming through the windows and there was a basketball on the floor. The caption underneath said, “You miss 100% of the shots you don’t take.” This spoke to me not only as a photographer, but also as a person. 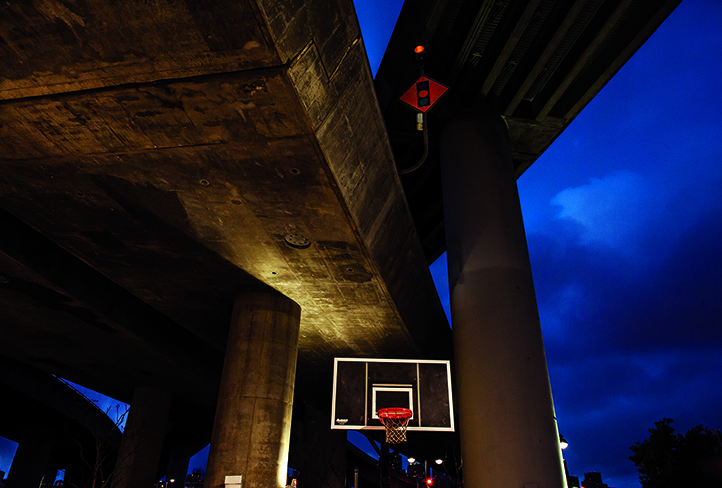 L+T: Looking at the completed project, what did you learn about yourself while putting this together?
RL: That you can have an idea or a dream and literally, by just doing it one “hoop” at a time, it can come true. That’s how this book came to be. That’s how I’ve tried to live my life. I’ve always followed my dreams and have worked hard to make them come true. Having people around you that support your dreams is extremely important, and it started with my parents.

L+T: It’s often said that sports are more than merely physical. When you were working on this book, what other layers to sports, specifically basketball, did you find?
RL: I found that it was true with many of the athletes and coaches that I interviewed, that they had similar experiences. They all had this overwhelming passion, then worked extremely hard with tremendous tenacity along with patience to reach their dreams. Basketball was there passion.

L+T: At the age of 24, Life Magazine named you as one of the eight most talented photographers in America. What did that mean to you then? What does that mean to you now?
RL: When I look at that photo of me, I can’t believe how young I was to win that prize. I was extremely excited and honored. I ate, slept, and drank photography. I still do. It was the every day doing of my craft that was the prize. I am still that kid. And now I am an ambassador for Nikon of the United States. I’ve come a long way, but I am still so proud of winning that award. 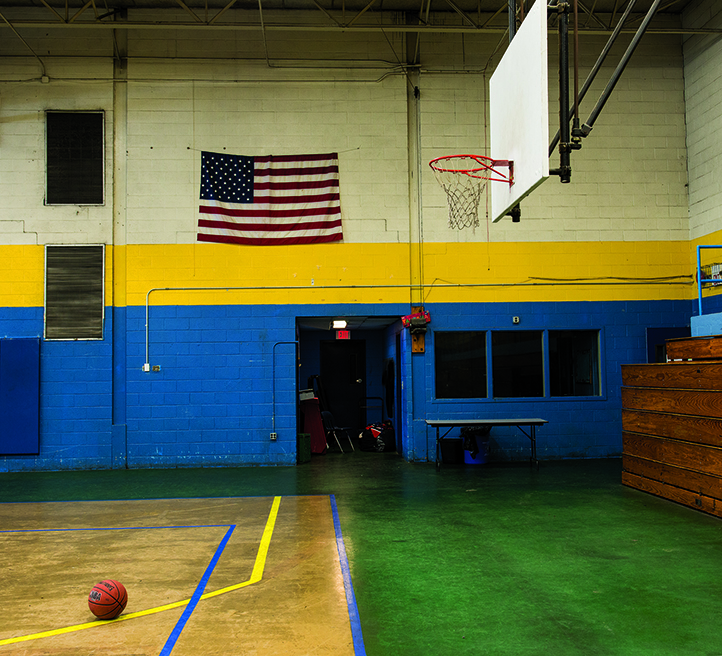 L+T: Your photos include the childhood baskets of celebrated players such as Shaquille O’Neal, Larry Bird, LeBron James, Sue Bird, and more. What was it like shooting the “object” that would launch these talented players careers?
RL: It was such a thrill to stand under the alter in which they played. I loved imagining them spending long hours there trying to perfect their game. 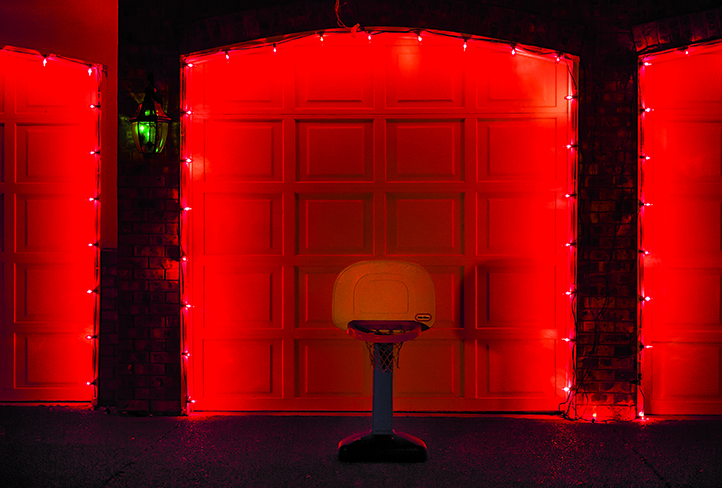 L+T: What do you want people to take away from this project?
RL:That you can have an idea or a dream, and make it come true; to follow your dreams. All the players and coaches in my book were once kids too. That’s why I put their bios in the back alongside the earliest photo they had of themselves. They had a dream and look where they landed. 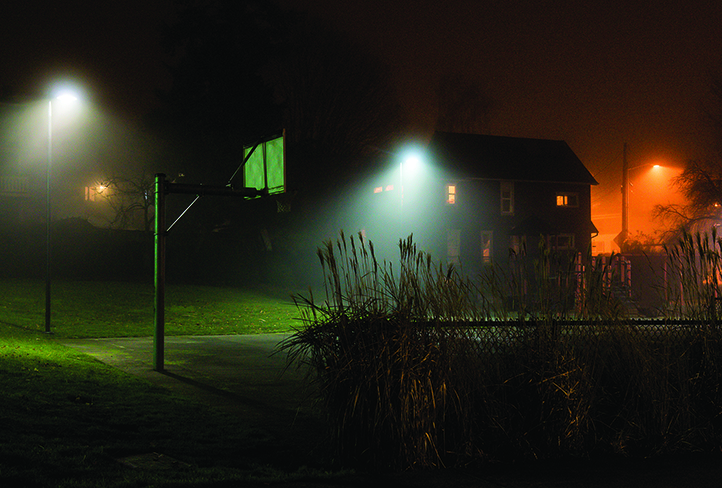 To find out more about Hoop: The American Dream, click here.