Jamil GS is a legend. The photographer, director, creative consultant and visual artist, who spends most of his time between New York and Copenhagen has shot campaigns for brands such as Supreme, Adidas, Yves Saint Laurent, Converse, Tommy Hilfiger and Levi’s, and has had his photographs appear in influential publications such as The New York Times, Rolling Stone, The Source, Dazed and Confused, Interview Magazine, i-D, The Fader,  and Paper. He has extensive collection of iconic photographs that includes shots of some of the biggest names throughout entertainment. Here, photographer-extraordinaire, Jamil GS presents classic images of JAY Z, Usher, Puff Daddy, Nas, Mary J. Blige, D’Angelo, OutKast, and others. 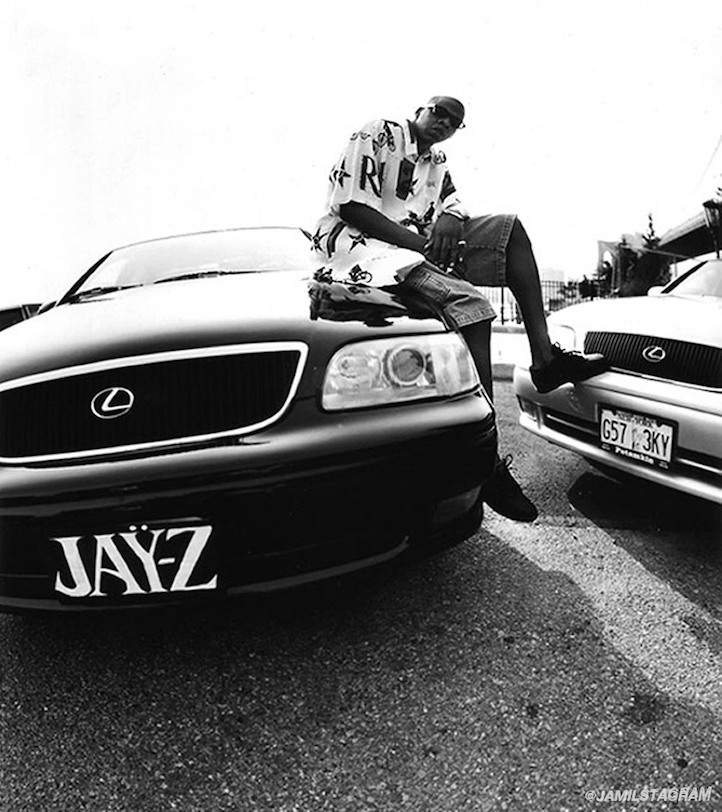 “This is when it all began for the chief, and for me also. I think this was my second record industry gig. I remember it was low budget. I didn’t know who JAY Z was at the time, nor did anyone really in the world outside of Brooklyn, but my friend Patrick Moxy at Empire Management had a good ear for amazing talent and contacted me to shoot what would become the first professional press shots for Jay. This was gearing up to the release of Reasonable Doubt. A few of Jay’s friends from when he used to dribble down in VA came to pick me up from my Avenue A apartment in their Lexus. This was the same Lexus from the “Dead Presidents” video. I remember him saying, damn there’s a lot of freaks around here, and there was. That was back when Alphabet City was still funky. We drove to swoop Jay from his new condo off Atlantic Ave in Brooklyn and then headed to downtown Brooklyn next to the Riverside Cafe. I was impressed by the fact that Jay had brought a custom-made vanity plate made from cardboard. We used some gaffers tape and stuck it on top of the existing plate. He had also brought some bottles of Cristal that he placed by the windshield inside the car. This is some pretty clear symbolism and Jay knew exactly what kind of image he wanted, even back then. I also did some shots at Battery park, just to be in the middle of all the wealth. I asked him to pose in front of a giant yacht and told him that one day he would own one himself. He smiled and responded “no doubt.” I was inspired by the album cover of Donald Byrd’s A New Perspective, and shot this with a Hasselblad 553, using a 40mm lens. I shot using Kodak Tri-x 400 film.”