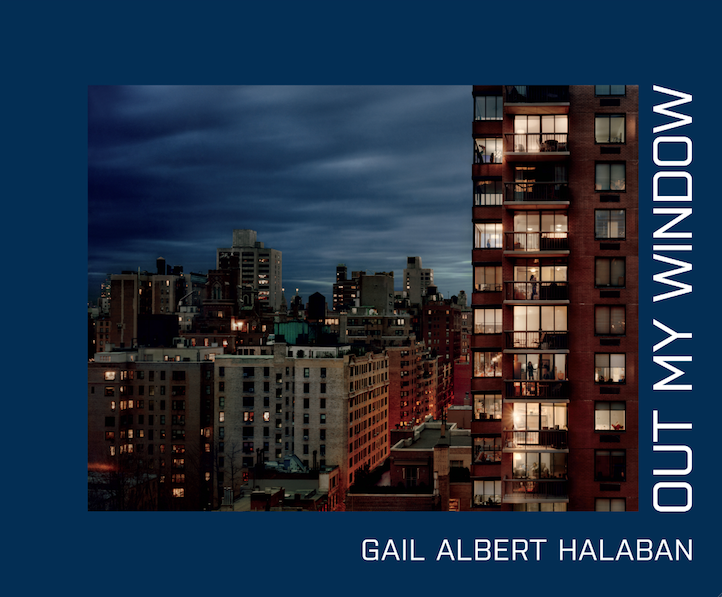 Out My Window is Gail Albert Halaban’s photographic book of city dwellers peering into their neighbors’ windows. Gail’s photographs capture the city’s landscapes, where strangers are encapsulated in their intimate moments. While the photographs may be staged, it’s the real dynamics of human interaction that is a constant in our daily lives. Halaban earned her BA from Brown University and her MFA from the Yale University School of Art. She is noted for her large-scale photographs of women, seen in her exhibitions “About Thirty” and “This Stage of Motherhood.” Gail tells Life+Times about her experience putting this book together and why, at the end of the day, we are all voyeurs.

Life+Times: How long have you been working on this project for?
Gail Albert Halaban: I began this project in 2006 photographing all five boroughs and what people saw out their window. I quickly realized most people didn’t have the gorgeous vistas of most postcard photographs but instead saw into other apartments. I began to peer into these. 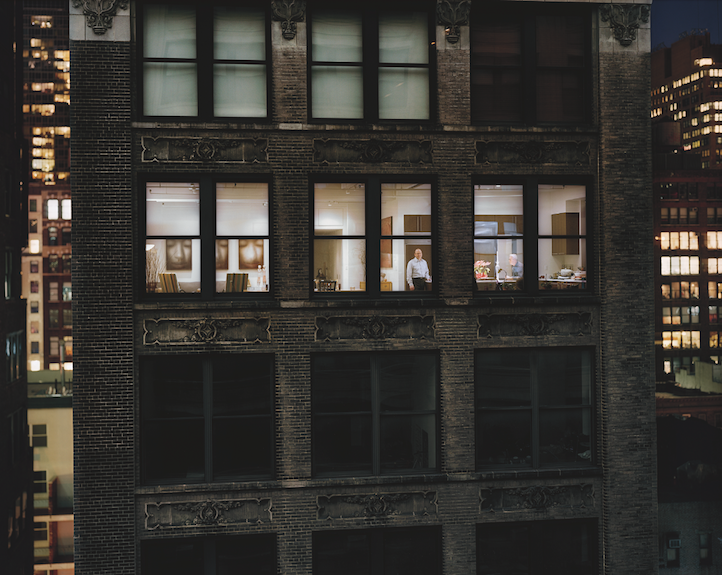 L+T: Why is this subject interesting to you? In some ways, do you think we are all voyeuristic in some capacity?
GAH: I started thinking about this project soon after moving to NYC from LA. I had a young baby and was often up in the middle of the night looking out the window, wondering who else was up. I live in a neighborhood of wholesale flower shops (that open at 4am) and nightclubs so I often had many people to look at during the wee hours of the night. It gave me a sense of community to see all these other people also awake. I could never be lonely looking out my window. We are all voyeuristic because through looking we connect with strangers. Everyone in the project has been so thrilled to admit their watching and so thrilled to meet the subject of their gaze.

L+T: The photographs capture the vast city landscape, and within the landscape, floating high above the ground, are portraits of strangers caught in private moments. What are some of the most interesting interactions you captured when putting together this book?
GAH: The photographs are staged. An important part of my process is to work with my subjects as collaborators. People would tell me interesting things about their neighbors and I would come and photograph the interactions. Photography can be an aggressive medium where we steal people’s moments. By building community, and working with my subjects, I think I have used the medium in an innovative way. One of my favorite interactions came at 1441 Third Avenue which looks towards the cover image of the book – 1438 Third Avenue. In 1441 all the residents that I talked to were retirees who lived far from their grandchildren. They loved looking across to the new modern glass buildings of 1438 where young families are raising kids. They said that it felt like they were watching their grandchildren grow up. One pair of photographs in the book show two old friends in their twenties who realized on Facebook that they lived across the airshaft from each other. They had not seen each other in years, but they reconnected through the windows. They had crushes on each other in kindergarten and then had lost touch. Sadly, the romance was not rekindled. 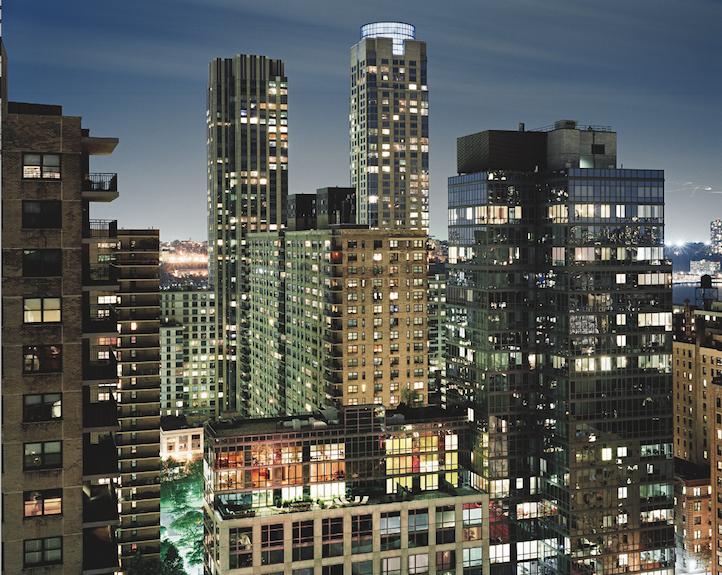 L+T: What is it about the landscape and architecture of New York City that works so well for this concept?
GAH: New York is city has such a wide variety of architecture that is constantly changing. Berenice Abbott in, “Changing New York,” set the stage for generations of photographers to examine the city. It is rare that you get to see many views beyond street level and that is why this project is so exciting. We rarely see so many lives from this perspective. However, I think it is not just a New York project. I am planning to continue the work in other places so I can examine how the architecture in older cities shows the imprint of history. I am exploring how the history affects the residents of the buildings and how interactions are culturally specific. 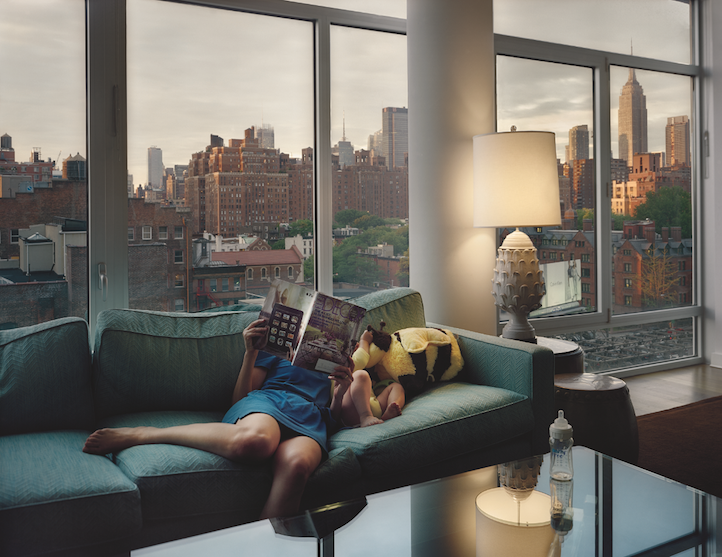 From Out My Window by Gail Albert Halaban, published by powerHouse Books.