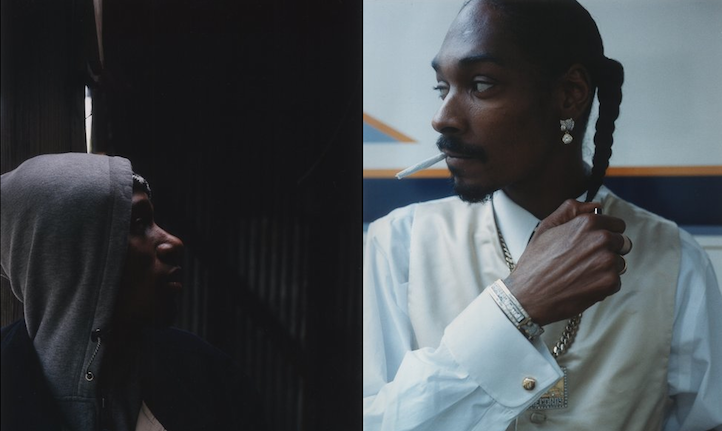 Brian “B+” Cross is one half of the art production team Mochilla (with Eric Coleman) and has been at the forefront of music photography for over two decades. Originally from Limerick, Ireland B+ came to the United States in 1990 to study photography at the California Institute of the Arts and has been a fixture within the Los Angeles hip-hop community ever since. In 1993, he published It’s Not About A Salary: Rap, Race, and Resistance and Rolling Stone nominated it for book of the year. Photographer, filmmaker, curator and tireless record digger, B+ is that rare artist who has been just as committed to uncovering the talents and music of the world- wide underground as showcasing the artistic prowess of some of the greatest luminaries of our time. We caught up with him in between needle drops of a Robert Glasper record.

Life+Times: Man you stay incredibly busy. What’s a typical day like for you these days?
B+: Well I am at home right now taking it easy so things are pretty mellow but I am preparing to go to Columbia on the 7th of January. Yeah I have been away for two months shooting a couple of festivals in Ireland and visiting family for three weeks and then I was on tour with Damian Marley in South America. We finished up in Chile and I spent some time with an old friend, took some photos and witnessed things going off down there in terms of the student strikes at the universities. Otherwise I have been at home spending time in the evening taking pictures at a recording studio near my house where Stephen “Thundercat” Bruner, his brother and a bunch of young cats are playing every night and making some amazing music. It’s pretty incredible. None of these brothers are over 30 and they are playing jazz and lots of big music and are planning on making 7 albums over the next month. It’s pretty inspiring I have to say. 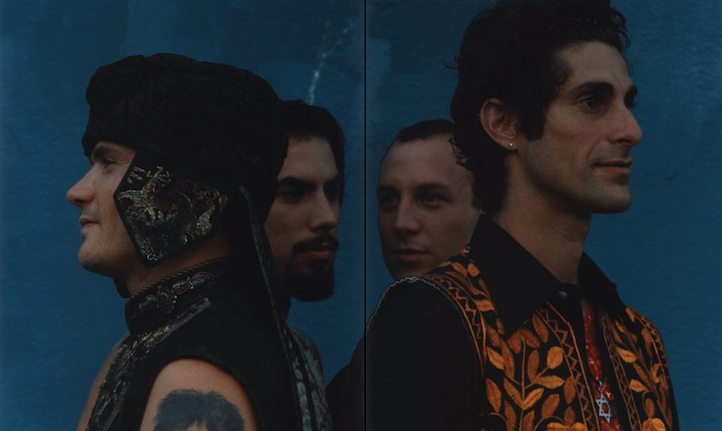 Life + Times: So how would you assess the LA musical landscape at this particular moment?
B+: I would say that I have not been as excited about music in LA as a whole since like the early ’90s to be honest. There are a lot of big musical ideas floating around the city and there is just so much going on right now. You have the beat oriented scene around the Low End Theory Club, Flying Lotus, Ras_G, Gaslamp Killer, Gaslamp Killer. Whether it is the Odd Future kids or the whole jazz scene that revolves around Thundercat and those dudes. Of course this is also dovetailing with all of the stuff that has been going on for a while with the Freestyle Fellowships, Madlibs and others. It’s an exciting moment out here right now for sure.

Life + Times: What would you say is facilitating this musical upsurge?
B+: A lot of this creative energy is growing out of Flying Lotus’s label Brainfeeder. Lotus is reaching deep into the young jazz scene and people like Miguel Atwood-Ferguson and Kamasi Washington are going to be putting out albums with his label. I mean basically the trick is to have as much autonomous public space as possible and over the last five years or so we have seen a growth in various scenes where there is a lot of local support as well as top down interest from what’s left of the record industry. Unlike New York there is a lot more physical space that allows artist to woodshed more so that they can go away, figure out an idea and then come back and try it out within a collective. LA is a good place for that sort of thing. 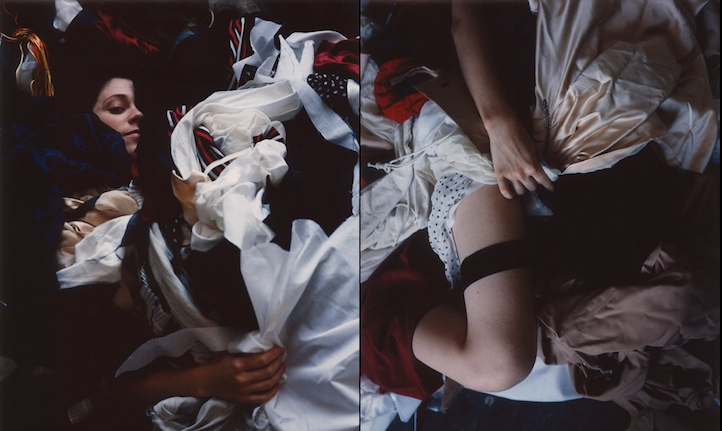 Life + Times: Well of course the thing that you are most known for is your photography and your legendary stills of who’s who in the industry over the last 20 years. Interestingly your work crosses a lot of boundaries and challenges all of the so-called barriers that divide rap music between “underground” and “mainstream,” “conscious Hip-Hop” versus “commercial rap” etc. Has this been deliberate on your part or do you think that your work really reflects what really was and or is?
B+: Well it’s definitely been a conscious decision on my part in so far as music photography reflects a particular opinion for sure. There is definitely a commercial aspect to my work. If said company is prepared to pay me to shoot whoever it is then 90% of time I am good to go. Of course I have my things I will not do. You will not find any Army ads with my name on them. There are no McDonald’s ads or Nike ads with my name on them. But in terms of the music I have always approached it like an artist. I have always striven to work with artists who I liked and thought were interesting and creative. So in the early ’90s I could have been chasing Eazy-E around [who he did photograph] or I could be helping people like Volume 10, Freestyle Fellowship, and The Pharcyde and those types of dudes. To me that felt more productive. Those were the cats that needed the help and were pushing the boundaries. So I always believed in that approach in the art world and in the music. I mean it was important to go and photograph the Watts Prophets or Roy Porter or people that no one cared about really because for me that was important and that was part of the story and part of my responsibility as a photographer to shine light into those areas where people are not paying attention as opposed to chasing the so-called hot artist that everyone is programmed to be interested in. I mean my work is about telling a more complicated story about how the music that informed Hip-Hop evolved and extends far beyond Sedgwick and Cedar in 1973. The Bronx was struck by lightening for sure, but the music that informed [Kool] Herc, [Afrika] Bambatta, [Grandmaster] Flash and others has a rich and varied history and I want to tell that story. I mean before I first photographed Snoop [Dogg] and N.W.A. – I shot the Poor Righteous Teachers, The Watt’s Prophets, and the Boo-Yaa T.R.I.B.E. This work led me to the larger projects and larger artists. 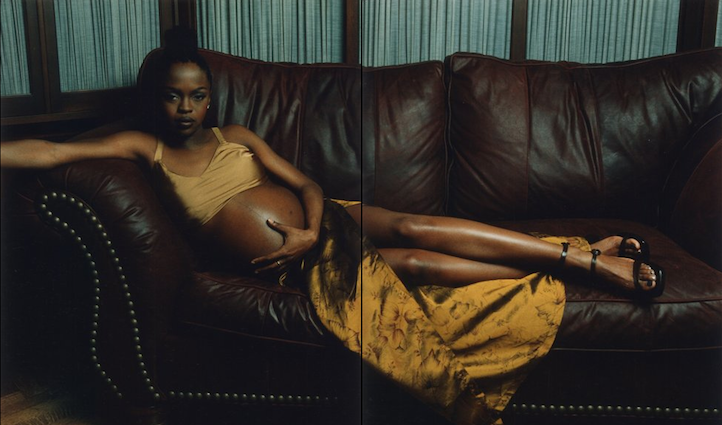 Life + Times: Tell me about that majestic photo of a very pregnant Lauryn Hill.
B+: Basically I was a friend with Lauryn before the first Fugees record. Her publicist at Sony was a friend of mine and I really wanted to photograph Schoolly D because when I was in Ireland “Saturday Night” was a huge hit and we had seen him in concert with Big Audio Dynamite in like 1987 or 88. Outside of the geographical prejudices of the United States  Schooly D was a great emcee to me and I really wanted to photograph him. So at the time I was working at URB and the publicist at Sony wanted me to do something on The Fugees. Initially I was not really feeling their music but what was most intriguing for me was that Wyclef and Pras were from Haiti and [former Haitian President Jean- Bertrand] Aristide had just been overthrown and I was trying to make sense of all that. So I told the folks at Sony that if they flew me out to shoot Schooly D then I would do the Fugees story. So I went out and met The Fugees and just had an amazing time with them. They were so young and cool as hell. We went out to dinner, hung out, and took a lot of pictures and it was very obvious at that early moment that Lauryn was going to be a star. I mean you could just tell. So from there I stayed in touch over the years and then I was in New York and reached out to Wyclef while they were recording The Score. After that we put Lauryn on the cover of Rap Pages, painted her blue and that was a trip in and of itself. Anyway about a year later I heard that she was pregnant after The Score had been released and I reached out and told her that I wanted to photograph her and she said great and flew me out. We ended up spending a full day together in Jersey while she was recording The Mis-Education of Lauryn Hill and moving house all at the same time. The photo shoot was very simple. We shot it in her home and it was a real chill and relaxed environment. What was crazy was like three or four days later she ended up having her first child. The funny thing, however, was that I got back to LA super excited, developed the proofs and sent them off to her with a Seidou Keita photography book as a thank you gift but I never heard back  from her and always wondered if she even liked the photo. It’s surely one of the great ones that invoke a lot of “ooohs” and “awws” and people always ask a ton of questions about it.

Life + Times: Wow what a story! So more recently you have been working with Damian Marley and Nas spending a lot of time on the road shooting film. How did that develop?
B+: I met Damian in 2005 and the “Welcome To Jamrock” single had just come out in Jamaica and was starting to get a lot of buzz in the U.S . Universal went through a corporate merger and Damian was dropped from the label and had no distribution in the U.S. and his manager at the time was also managing Jurassic Five and asked me if I would go down to Miami and take some photos. I was like, ‘What are you serious? Of course I will go down there.’ Immediately Damian and I clicked and once they got clearance to complete the album I went down to Jamaica and shot the album cover. So since then I have been part of the team. When the notion of the Distant Relatives project emerged I got a call that they were planning to do an EP and they wanted to know if I could recommend some continental African music for them to listen to, be inspired by and potentially sample for the new record. I ended up sending them about five or 10 gigs worth of music and then they came out to LA to record. It was great because it was from that music that the Mulatu Astake sample for “As We Enter” came from and others. Initially they were only going to do an EP but they both got inspired and ended up recording an entire album. And man those sessions were fucking bananas. It was absolutely magical. I mean you would go down there and people like Dave Stewart from Eurythmics would be hanging out one night and then the next night Oliver Stone would be hanging out and Mos Def would be cracking jokes and keeping us all entertained for hours. So it was pretty special to say the least. So as the touring for Distant Relatives began I hit the road and then we went down to Jamaica and I shot a series of short films to promote the record and it’s been on ever since.