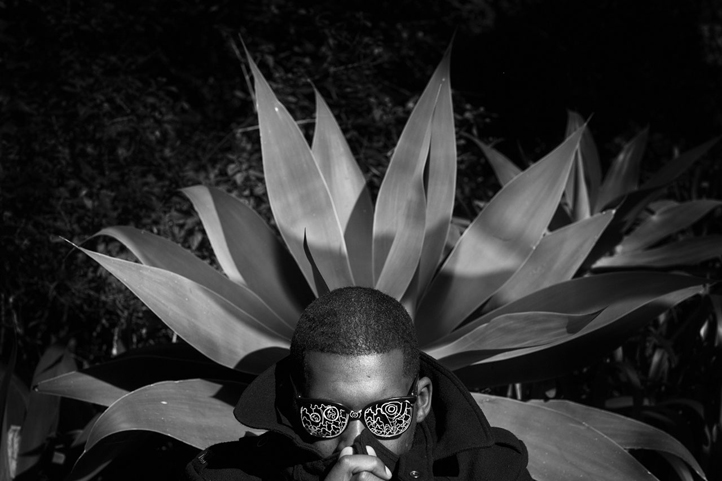 Some parts free jazz, others ambient IDM, stomping dubstep, and bustling glo-fi, 2010 masterpiece Cosmogramma is, at its sum, a beautiful chaos stretching the definitional boundaries of hip-hop. At times, it seems to bear the fingerprints of a studied maestro or further, a smoked-out bandleader. Or even in many instances, a manic, “wired-in” coder. Perhaps they’re all just the many personalities of the main individual responsible, Los Angeles producer Steve Ellison, better known as Flying Lotus. The great nephew of Alice Coltrane, FlyLo stands at the forefront of L.A.’s progressive hip-hop scene along with his Brainfeeder label, a roster of kindred spirits such as Stephen “Thundercat” Bruner, himself a producer extraordinaire, in addition to being the bassist of seminal thrash metal band Suicidal Tendencies and the son of The Temptations drummer Ronald Bruner Sr. Like Cosmogramma, Thundercat’s recently released The Golden Age of Apocalypse also blended and blurred genres, grooves, and textures to create a sort of cosmic funk all its own.

Very much products of their environment, Flying Lotus and Thundercat sat down with Life + Times to discuss their sense of place—in the modern landscape of hip-hop and in their native L.A.

Life+Times: Erykah Badu convinced me to seek you guys out.
Thundercat: I’ve been working with Erykah for years. I remember the first time I met Erykah—I was at the Sa-Ra house. She was working on the [New Amerykah albums]. She walked in—I was playing video games, ironically—and they were playing a bunch of music. They played something and I heard her go like, “Oooh!!” They told her, “Oh yeah, that’s [Thundercat].” That had to be like…

L+T: The first New Amerykah album came out in 2007, I believe.
TC: And so we had started recording a few years prior to that. So maybe 2005?
FL: I’ve been working on her [new] fucking record for like a year.

L+T: They usually take a while to materialize…
FL: I love her to death but we’re gonna be working on [her album] for a couple years.
FL: All that shit is done already—her album is done.
TC: But ever since then, it’s been one of the most amazing things ever. I love that girl.

L+T: FlyLo, you seem to have a very keen understanding and admiration for exploring the limits of technology, from your music to videos to release strategies.
FL: I’m just a geek really. I follow all that shit—I try to stay hip to new technology and how to get music to people in a way where they’ll… pay attention. Because, I’m like an album artist where it’s not one track and I get the point across—you gotta sit through the thing. I try to think of different ways of getting the sounds to people just so it inspires them to get into it, to get into the universe I’m trying to build for the record.

L+T: You all come across as album artists—Erykah included. What do you think is the fundamental difference between a singles artist and an album artist?
TC: Fundamental? There’s a hit-and-stick approach—shoot it against the wall, see if it sticks, and you go, “Ooh, that didn’t work!” And then there’s people who go, “No, you sit down and listen to this album.” And if they didn’t get it? “Listen to it again.”
FL: The intent is different, too.

L+T: FlyLo, you’ve said in the past you’d like to work with mainstream artists like the Kanyes and Waynes, but they never look your way. At least from my view, I think that’s because you do take the album approach as opposed to the singles approach to your music.
FL: And I totally get that. I think about this shit and then I have to stop and think about the music I put out—which isn’t like a lot of the stuff I do, too. There’s countless tracks on my computer that are like rap tracks, R&B songs, whatever. They’re not all like Cosmogramma—we did that and that’s what it sounds like. So I understand why they might not think it’ll work. But I still feel like I got shit for them, too.

TC: I think it’s one of those things, man, where this is a different era, really, right now. If a person has a mindset to be open and be able to see past that wall of “it’s not sticking,” they can definitely understand a different reality. A lot of times, even in the conversations I’ve had with my friends from Suicidal Tendencies—where these guys came from selling gold with every record from the ‘80s—I tell them, “You gotta understand—this is a different perspective. Accept it.” The guys that are sitting on top and created these areas for themselves, it’s almost to say as much as they’re that person that doesn’t get a chance to see this in the right light, they actually are those people and it’s almost as if they’re scared. Or if it’s not what they’re doing, they’re not really trying to hear it anyway. But the truth is, right now those things are what’s gonna make them or what can possibly make them…

L+T: Fresh?
TC: Yeah! It’s almost like spreading your seed all over the place. It’s compared to putting a bunch of seeds in one area and then they start choking each other out.
FL: So many people in hip-hop are so comfortable where they’re at, too. Why abandon? Like, if I can just get a beat from Swizz Beatz, he’s the dude.
TC: It’s not hating.
FL: Yeah. But there’s a lot of new stuff out there. And I think that it’s inevitable that people from our camps—guys like Hudson Mohawke, Samiyam, whoever—that that sound, be on top. It’ll take a second, but it’s inevitable because a lot of the established producers are all comfortable and cozy and they listen to the other shit, and are now like, “Oh, this dubstep. I’ve heard some of this dubstep stuff. I think I would like to dabble in that.”
TC: Right. You hear a song with a Pitbull section in the middle and it’s like, that ain’t it. That’s real cute.
FL: Muthafuckas are gonna be too late. I don’t mean to bring up Odd Future in the conversation…I’ve so tired of talking about them, but, you know, thank goodness they’re doing what they’re doing.
TC: Scramblin’ the paint.
FL: As much as people wanna hate—a lot of people I know and younger people, too—up-and-coming producers are like, “They’re opening doors for me, too.” They’re doing some new shit. Tyler [, the Creator] follows me on Twitter. One of his fucking millions of fans now might hear some shit that I’ve done. I was trying to put people on him. Now, it’s like he’s opening [the door] for us. And that’s what’s gonna happen. You got a lot of young people who are following what we’re doing and then they’re gonna blow up and then they’re gonna be like, “Oh, but you don’t know about this producer from…” It’s a new wave.
TC: You know what’s crazy? We were just talking about this today, in relation to cartoons. We were talking about anime. Some of the stuff originally was so sincere, but now it’s become such a big deal, they’re trying to put out so much and trying to keep up with themselves. And it creates this idea of, “Well, now we got another thing that’s kinda cool!” But it’s not really that cool anymore. You’re just drifting on a memory. The funny thing is, now that you mention something like that, when cats see things like the feathers in the hair or some weird suit and all this stuff, it’s so foreign to them. But it’s like, if you even had the audacity to care worth anything and you look back, dude, Bambataa was doing this. And that’s like the literal beginning of all this stuff. These dudes were as black as they come in a real way—shades, glasses, leather. It was so much more creative.
FL: And playful, too. Muthafuckas were actually dancing back then.
TC: Hand motions and everything—doing the do. This machine that it’s fallen into—it’s kind of the inevitable and that’s why you have cats like us where you go, “Well, now that you guys got that, well we got this.”
FL: Kids are tired. And that’s the honest truth. That, I think, is what all of the labels are seeing this year.
TC: That’s why [kids] just take music. “Well, alright…”
FL: And when it’s good, they love it, like, “Hell yes, I’ma fuckin’ buy that shit.”
TC: “I’ma steal it, buy it—and then I’m gonna go to the concert. I stole the album before I bought it.”
FL: And then they justify paying $50 for a sweater. You know that shit is overpriced. 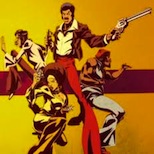 The Cast of "Black Dynamite" On Race, Animation & "The Man"

A Conversation With: KAWS and José Parlá