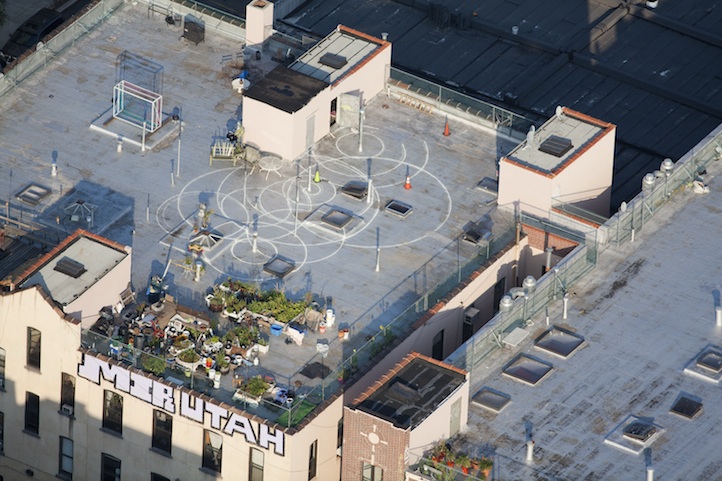 For over 30 years, trained architect-turned photographer and pilot Alex MacLean has been shooting the American landscape by air. In his latest book Up on the Roof, MacLean directs his lens at the rarely seen “top floor” of New York City and reveals a hidden world of amazing complexity, diversity, and life. Alongside the city’s famous water towers are pools, sunbathers, tennis courts, art, restaurants, gardens, and solar panels. MacLean’s photographs leave little doubt about New York City’s “green” potential and the belief that improved outdoor spaces above lead to more livable cities below. Here, we chat with MacLean about his never-ending bird’s eye view.

Life+Times: You’re a trained architect – turned photographer and pilot – which makes sense given the nature of the book. When and why did your switch from architect to pilot take shape?
Alex MacLean: Learning to fly was very much a part of my education, since I learned to fly while I was in graduate school studying to become an architect. After I got my pilots license, my interest shifted towards landscape architecture, urban design and regional planning. I also became interested in cultural and physical geography. My course of study followed in these directions, though I did finish my studies with a master degree in architecture. At the time, I had no idea that I would end up practicing aerial photography for a career. After getting my architecture degree, I traveled for a year through Central and South America and then worked briefly in a landscape architecture office. After that I decided to earn my living doing aerial photography, serving professionals working with the natural and built environments. 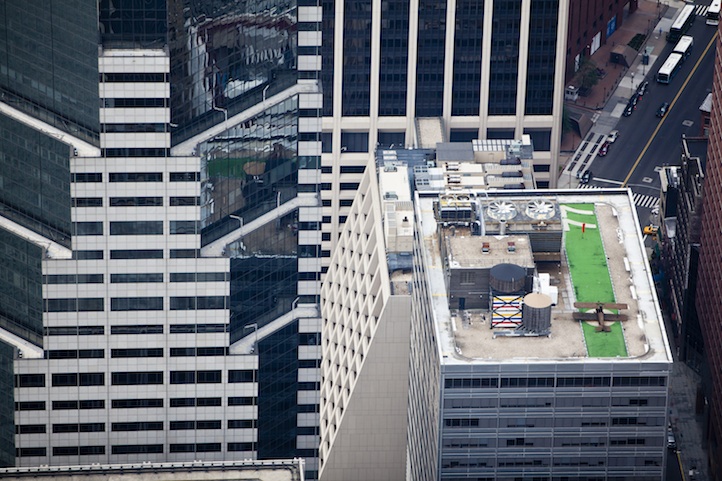 L+T: You’ve been documenting the American landscape for over 30 years. How and why did this become a subject that you find so inspiring?
AM: Observing and traveling above the earth at low altitudes is forever interesting. Seeing the natural and built patterns and what they mean in terms of our relationships regarding our ways of live and our survival on this earth.

L+T: Your remarkable photographs capture the surreal beauty of the visual patterns formed by the intersection of natural and constructed environments. In Up on the Roof, you direct your lens at the rarely seen “top floor” of New York City. Was this an area that you always wanted to portray? Why did now seem like the best time to publish these images into a book?
AM: The book is layered with many of my own personal interests. In 2008 I published a book called Over, the American Landscape at the Tipping Point, which was about climate change. It looks at many land use patterns in our country such as suburban sprawl that contributes to wasteful uses of energy and green house gas emissions. The book was very popular in Europe and was reprinted a number of times in the French and German editions. The American edition won praise, but drew a small audience. Up on the Roof is about climate change as well, but illustrates the positive potential of roofs in cities which are the greenest places to live on a per capita basis. Roofs represent roughly 30% of New York City’s outdoor footprint. These pictures celebrate the potential and variety of uses roofs have which many of us are unaware of, including myself before taking the pictures. 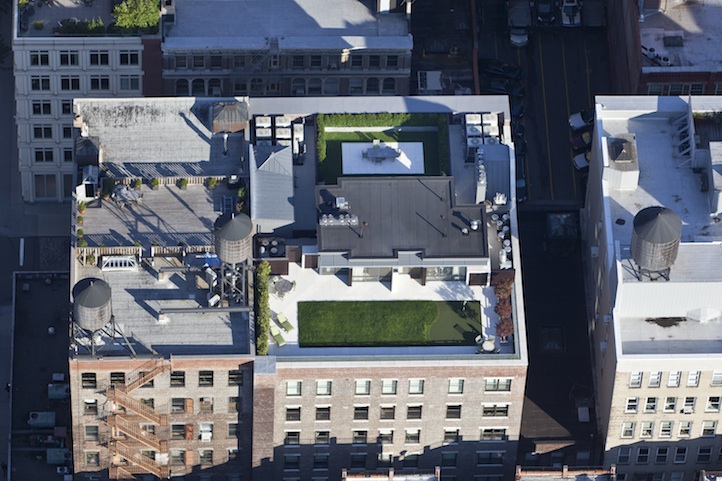 L+T: How many photographs did you shoot? How many were left on the cutting room floor?
AM: The photography was done in 12 days in 21 separate flights in a helicopter and plane from 2010 and 2011. Most of the images in the book were taken in 2011. There are 184 images in the book drawn from approximately 3,300 images in total.

L+T: Is there a certain area in NYC that has the best architecture for these shots?
AM: My favorite images are the ones you know instinctively are of New York and capture the city’s character. 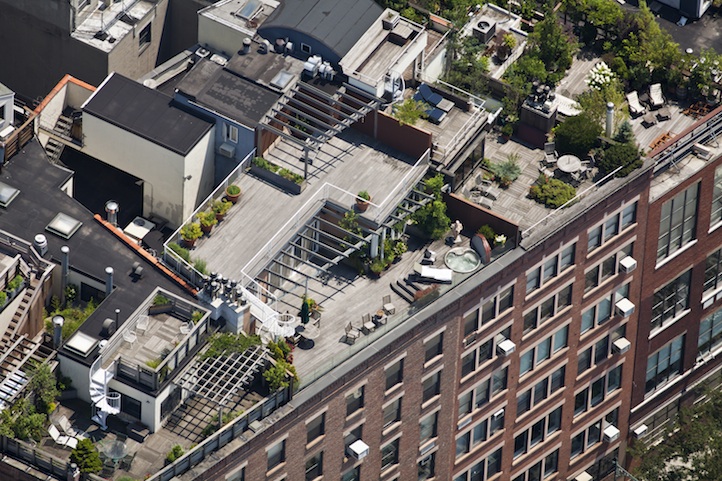 L+T: What did you learn about New York City while working on this project? But most importantly, what did you learn about yourself as a photographer during this experience?
AM: One interesting thing about aerial observation is that you can sense the direction an area is going – whether it is healthy or in decline and New York seems to be getting better and better with many interesting new projects and initiatives taking place throughout the city. You can see this positive energy and sense the positive vibe. Likewise for myself as a photographer, I know my art is driven with having a positive purpose when taking pictures.

L+T: What do you want people to take from Up On The Roof?
AM: I would like a broad audience to enjoy the pictures and remember that there are more than four sides to a building and that the topside has many potential uses of social and environmental significance. 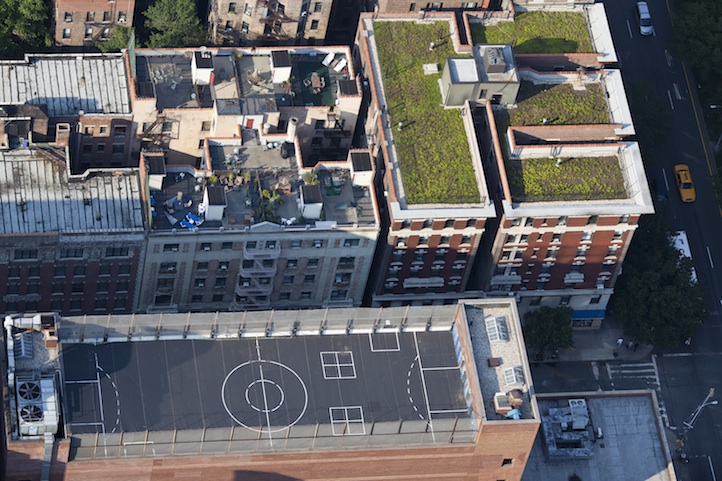