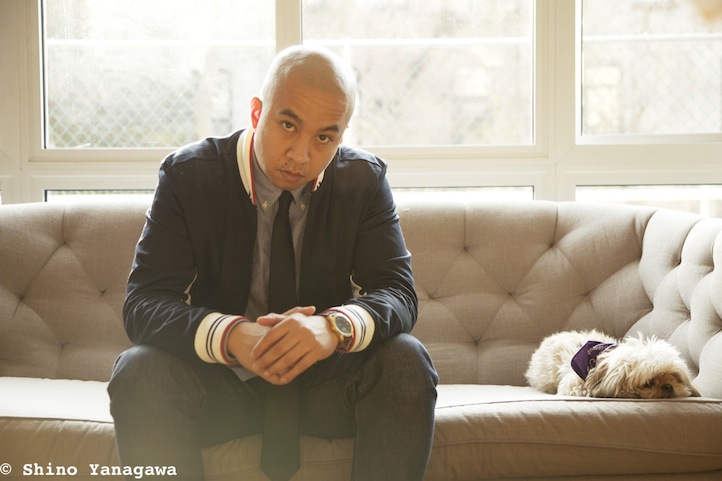 A boxer’s ring entrance is backed by a certain sound that gets him ready for war. Some fighters head to the ring with music from their homeland backing them while others may opt for sounds from their favorite hip-hop artists to get the adrenaline pumping. For WBC and WBO bantamweight champion and one of the top five fighters in the world, Nonito Donaire, he one-upped both of those options by having traditional Filipino music blended with hip-hop courtesy of fellow Filipino producer !llmind. The collaboration wasn’t simply business, as they share a number of elements from their childhood and coming up as Filipinos in their respective crafts. As Donaire prepares to face Omar Narvaez at Madison Square Garden on October 22nd with !llmind and a group of musicians providing the entrance music live at the venue, Life+Times sat down with the Pinoys to discuss their unique relationship, what it means to be Filipino in hip-hop and boxing and being at the top of their respective games in 2011.

Life+Times: How did you initially meet?
Nonito Donaire: I was talking to a friend of mine about my entrance music and he told me he that he knew about a producer named !llmind. I asked him to connect us after hearing his production
!llmind: I remember hearing about Nonito before it ever came up so I knew what I was getting myself into. Immediately I was drawn into the idea of making his ring entrance music.
ND: I wanted my entrance music to be traditional but with a hip-hop edge.
!ll: It started off with him sending me samples of traditional Filipino music and it immediately clicked for me. I took some samples, got the musicians and I created something new. I knew it was going to be a hip-hop based theme song so I wanted to make it energetic while still being traditional at the same time. It was the first time I ever did something like that. That was a really exciting time in my career as a producer.
ND: It was for my fight against Raul Martinez. The music was uplifting and I really felt it in my heart. The first time I heard it I knew that was the one.

L+T: !llmind, you have been championing Nonito since 2008. Fast forward to 2011 and Donaire is being ranked as one of the top five pound-for-pound fighters in the world. How did you know?
!ll: I knew he would be that next big star when I first started getting familiar with his come up. I just felt it. Not even because he’s Filipino, but that does make it that much cooler
ND: In the very beginning nobody knew who I was and here was !llmind – with his reputation as a producer and a person who had worked with a lot of people – taking the time to make that music for me. He believed in me from the beginning. I still have to do my best to make people like him proud.

L+T: Nonito, there has been widespread concern that boxing is losing its younger fans to sports like MMA. But you’re the type of boxer who may be able to reel the young fans back to the sport while also blending the worlds of hip-hop and boxing.
ND: I want to take the sport to the next level. Even if I don’t get there, at least I can say that I tried bringing boxing back. Hip-hop and boxing have always gone hand in hand. A lot of boxers come from a background similar to where a lot of rappers came from. We all grew up on this music. I want to do the best I can to bring boxing back because I love boxing. With !llmind’s help I’m hoping that the marriage between the two can be even more than what it is now.
!llmind: When you think of the sport of boxing and the sport of music there’s a competitive kind of nature to both movements. They both speak in a way where they can inspire people. When you look at Manny Pacquiao, here’s a guy who has inspired an entire nation. He’s opened doors for fighters like Nonito. It brings the culture and this unity globally together through this sport. Music does the same thing. Just the very fact that the music speaks to Nonito and has connected us is very special and incredible. The Filipino unity here is very significant. It’s not like Filipinos are new to either. In hip-hop you have [DJ] Rhettmatic, Q-Bert and going all the way back to the Renegade Rockers. You are able to carry on a tradition.

L+T: How does it feel to be an inspiration to other Filipino Americans?
!llmind: It’s amazing, humbling and has really opened my eyes to the power of music. It’s really inspiring and almost surreal to me because I started producing at an early age. In the Filipino community, in particular, it’s kind of rare in our culture to do music. Being a first generation Filipino-American, my parents were born and raised in the Philippines. The culture of music production, let alone hip-hop, was very new to them. Having a career in music is foreign. I had to go through my struggles early on. My parents would pressure me to do something else. I was living at home while going to college but I would sell beats for $20. At one point my parents thought I was selling weed. My parents were concerned where I was getting my money from. It was a new culture for them but as time went by I stayed persistent and never stopped despite all the pressure from my family. I broke out and achieved my goal. My parents realized what I was doing and began to believe in me. It was a long struggle. There weren’t that many Filipinos in hip-hop before but I feel that will continue to change as time goes on. I’m humbled that I’m able to inspire people to do the same thing.

L+T: Nonito, you follow in the footsteps of Pancho Villa. Today there are two Filipinos ranked in the top five. How does it feel to also be an inspiration to an entire community?
ND: Like !llmind said, in the beginning we’ve all had to struggle. Nobody wanted to sign me back then because I was Filipino. They didn’t believe that Filipinos could be something in this sport. I worked hard to be more than what people expected. When Manny showed up, he busted that door wide open. It was rare to see a Filipino make it in boxing. I work hard so that at the end of my career I have hopefully inspired other Filipinos to be what they want to be. It’s an amazing feeling to be part of history and the expansion of Filipinos in the sport.

L+T: Nonito, I’ve spotted you shooting photos from ringside. Is this something to add to your growing repertoire?
ND: It’s something that inspires me when I capture those moments, from sadness to celebration, in boxing. I want to be able to express myself through photography.

L+T: !llmind, are you still teaching?
!ll: Yeah, I still teach. I started teaching at a non-profit organization in Harlem back in 2008. In late 2009 I got hired by NYU for the Clive Davis Department of Music. I currently teach a course called “Future Music Moguls,” which teaches basic music production and also some music business.

L+T: As both of your schedules fill up, are you going to continue to work together?
!llmind: I’m always here. I’m really inspired by Nonito in a very unique way. This is just the beginning of a great relationship. We’re in the works to surprise a few people in the future. What do you think Nonito?
ND: That’s a great idea. It’ll be a great pleasure to continue working with !llmind. He makes the music from his heart and that’s how I fight. I’ll always find time to do something with !llmind.