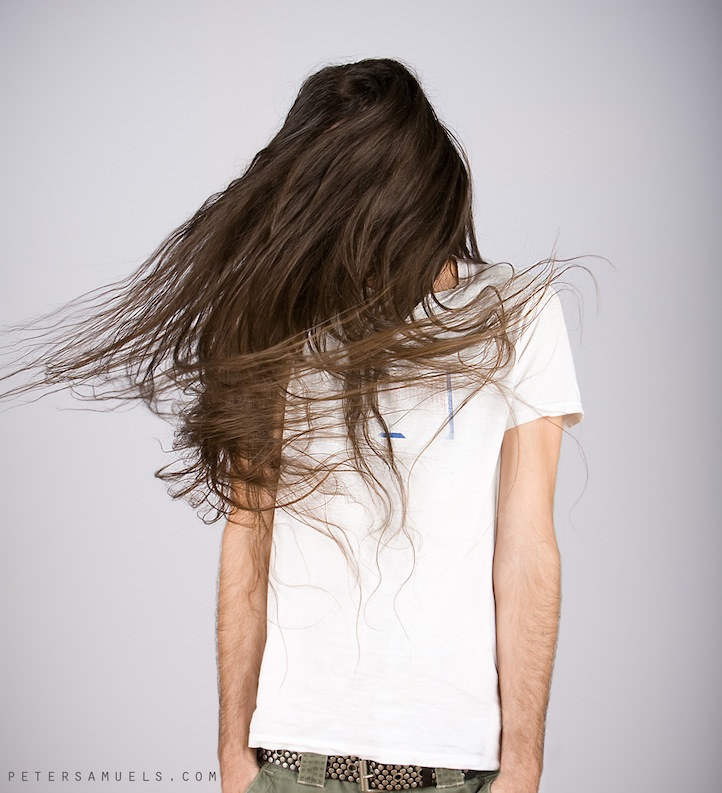 Fans of Lupe Fiasco’s Friend Of the People mixtape might recall a track called “Lightwork.” The mixtape cut features a sample of Ellie Goulding’s “Lights” that was remixed by DJ/Producer Bassnectar. While the dubstep revolution has delivered a number of producers/DJs to the forefront, Bassnectar is one whose celebrity was in place for years. Raised on a healthy diet of hip-hop and metal, the Cali native meshes sounds in a way that make most audiophiles swoon. Kicking off the VaVaVoom tour for the same titled album on April 10th, Bassnectar checks in to discuss the real definition of dubstep and how hip-hop’s been doing it forever.

Life+Times: You’ve been making music for well over a decade, but it feels like the past couple of years, your name has really, really been everywhere.
Bassnectar: Yea it’s been a long time, and it’s kind of a process that didn’t have a clear goal. It was just me being obsessed with music started off in a very different place. Where it is today is kind of – I don’t know – it feels like it’s just beginning, but it also feels like it’s been a very long road.

Life+Times: You were a huge heavy metal fan growing up…
Bassnectar: Yeah, high school was just consumed with death metal basically, and kind of learning how to record my own music with my band and put on our own shows. It was pretty punk rock and underground, and moved from that into the rave scene. The whole time I liked all forms of music. I liked N.W.A. and Young MC and Salt-N-Pepa and Public Enemy just as much as I liked Metallica and Nirvana so it was…I just kind of liked hard music.

Life+Times: Would you agree that dubstep is kind of the offspring of trip-hop, acid jazz, and drum and bass?
Bassnectar: Well I want to be really clear that defining dubstep is difficult, partly because people disagree on the definition. There are several definitions that work – one of them is really specific and nerdy – and one of them is really general. What I find a lot of people doing is referring to any heavy, electronic music as “dubstep” and they don’t consider the nuances. That’s fine, and it’s not something I want to debate at all, but the really specific factors for me are heaviness of bass, a certain kind of tempo range, and it’s basically like really heavy, slow hip-hop or half-speed type of electronic music. But there’s a full-time or double-time momentum that comes, so you’re kind of layering different time signatures together, different rhythms together. It’s really no different, in my opinion, than like Dead Prez’s “Hip-Hop.”

Life+Times: Yeah, that’s true…
Bassnectar: …and a lot of Timbaland beats, a lot of stuff in hip-hop, even like pretty much any song with an 808 beat around 80bpm, like [Mims‘] “This Is Why I’m Hot” or whatever…all that kind of stuff, it was already doing the same thing that dubstep is doing. You know in the death metal world, we had something called “doom metal.” And it was all just really cool, heavy grimy shit. So, I don’t think anything that comes out these days is “new,” it’s all just kind of reinvented phenomena that existed before and are now being polished. Especially when you can polish everything with this kind of like, heavy duty electronic remix sound. It’s just going to have a new face or sound to it. A lot of people would disagree with me saying it’s just like heavy, slow hip-hop. There’s dubstep purists who would be like, “Oh it’s early 2000’s garage music from the UK and it has to be like this.” And so I’ve gotten in those arguments and they’re not entertaining. So I like to avoid the topic, but it is a common question. Everyone’s like, “So, what exactly is dubstep and how did it come around and where’s it going?”

Life+Times: Right. Do you think that’s probably why hip-hop has this strange relationship with dubstep? Where, they’ll tend to sample dubstep DJs and producers but inadvertently…they don’t realize it’s actually partially hip-hop in a way?
Bassnectar: I would say that to the degree of a lot of earlier hip-hop actually was doing what dubstep is doing now and is similar to what dubstep is. I do feel like the overall genre of hip-hop is a little late to the game and overdue. Just because it’s such a good fit, and that’s not to say people should have been thinking of it sooner or whatever. There’s such an obvious tempo, and there’s such a massive amount of it. I remember hearing Snoop did it. He did a dubstep cover like, three years ago and I remember hearing that and all the underground chatter was, “Okay, now it’s finally begun!” And then I didn’t see a lot of follow-up on it. But it’s just basically really heavy, electronic remixes of the acapella. You don’t have to change the speed or anything, it’s all just there. So I think that as the hip-hop fans open up to more of a heavier sound, there’s going to be a lot more embracing of it because currently the tempos are already the same. I think Lupe Fiasco is a great example. When he did that mixtape, I had two feelings about it. One was “this is really good!” and the other was…well actually there’s three feelings. One was “this is really good,” two is, “It’s about fucking time,” and three is, “it’s still ahead of its time.” Like, this is an innovation, yet it felt like it could have been done five years ago yet he’s on it early, so to speak. I think for better or for worse, it’s in motion now so it’s good.

Life+Times: When he sampled your remix of Ellie Goulding’s “Lights,” were you happy about it?
Bassnectar: Yeah, I’ve been a fan for a long time. I did a bootleg of “Kick, Push” a long time ago that it just kind of felt like tit for tat which is cool. But I think that DJ’s and trip-hop and electronic music has a similar background to hip-hop with sampling, taking other styles of music and making it their own and I think that MC’s have not done that as much as I think that they have the potential to. I think an MC taking other people’s music and making mashup mixtapes of those soundtracks is something that could be a whole next level situation and I think there’s so many MC’s and artists out there who could begin kind of turning that tables on the DJ’s who are sampling them so much and start doing sampling of their own.

Life+Times: Can you talk a little bit about Conscious Alliance?
Bassnectar: Conscious Alliance is one of the many community organizations that we work with for about five years now. They do food drives and fundraisers with poster art, and we try to highlight at least one organization with every show as well as this program we have called Dollar Per Bass Head, where we collect a dollar for every ticket sold. Last year I think we collected about $250,000. Then we donated them to various charities or community organizations. Sometimes it’s sort of save-the-internet type thing like SOPA or with Net Neutrality and sometimes it’s At-Risk youth programs or various ways that people can have an active role in giving back to their communities or to the communities of others.

Life+Times: Is there a track that you never got to remix that you were like, “Damn! I wish I remixed that!” Or you heard a remix and then you’re, “Damn! Why didn’t I make that one?”
Bassnectar: You know, the list of ongoing projects and remixes is so vast and so overdue, like so many projects I’ve wanted to do ten years ago or more, and if I hear something remixed, it doesn’t necessarily make me not want to remix it. It’s not like territory that you pee on and then own. It’s like someone you love who you get to have a slow dance with, you know? You have your turn to dance, and you dance and it’s fun and then someone else can dance and it’s fun too. I just try and get as un-territorial and un-possessive with music as possible because I think on some level, no one is really having original thoughts.