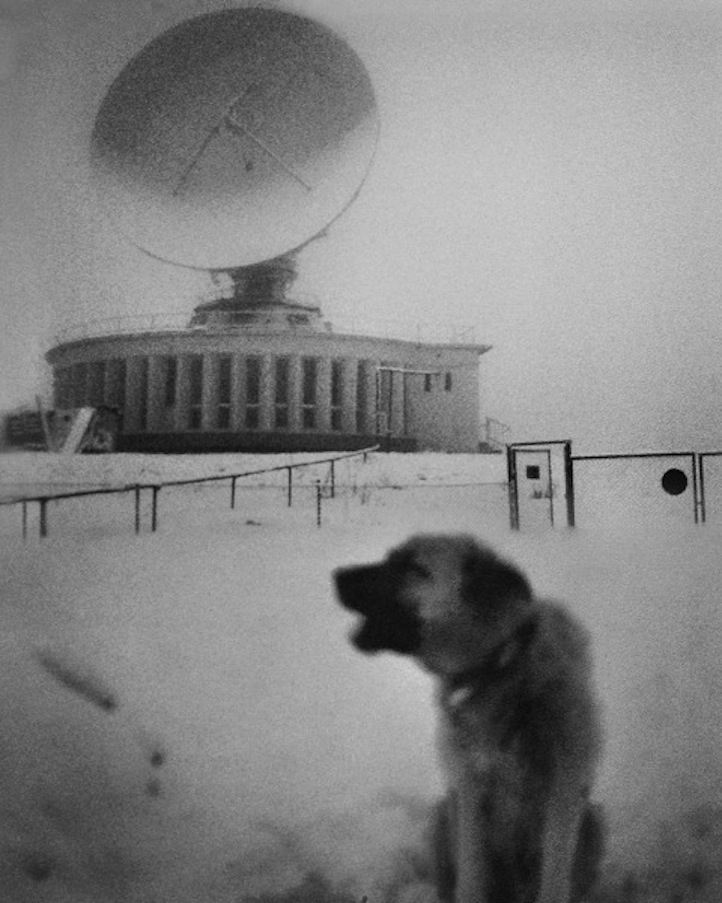 For her new work, artist Eve Sussman and her company the Rufus Corporation traveled to Central Asia in 2008. Over two years she recorded 3,000 filmic fragments that are the material for nearly infinite patterns of “whiteonwhite:algorithmicnoir,” which is on view at the Cristin Tierney Gallery.

“I never in a million years thought I would create an algorithmic film,” Sussman says. “It was an organic process. At first we thought it was a tool. We have different versions of the algorithm.”

The method was inspired by the dismal, looming Soviet architecture common to the region located near the Baltic Sea and the way of life in a small town that served as her home base — a planned, numbered city where the streets have no name, and are identified only by number. The film is shot in both black and white and color film. Her cast includes American actor Jeff Wood and local actors. The footage draws from over 80 voiceovers and 100 musical loops to create a body that serves as the ongoing source for material about post-Soviet existence. 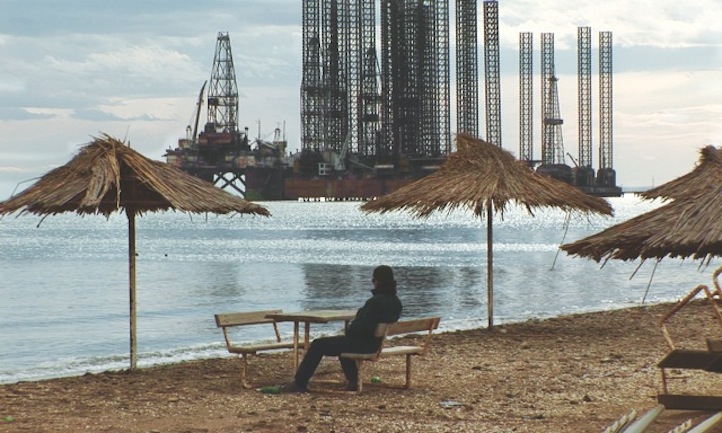 The main character is a quirky scientist, who works as a geophysicist code writer. He is employed in a numeric-based city where an insurmountable challenge looms in the horizon. The film has the mood of mid-century science fiction work. “The edit is driven by the voice over. The numbered system in town added into creating narratives,” she says. She calls the computerized program that creates the form the “serendipity machine.” She and her collaborators wrote the text, translated it into Russian, and then back to English. In some clips, the language is Russian with English subtitles. The effect is sparse, yet wrought with tension.

Despite the variables, the film maintains a fluid narrative that draws viewers into a cohesive story that quickly becomes mesmerizing. Hours pass by as the film continues to meander with machine-driven plot twists. The landscape provides an intimate glimpse into a remote place, but in many ways, has identifiable characteristics of modern day society. 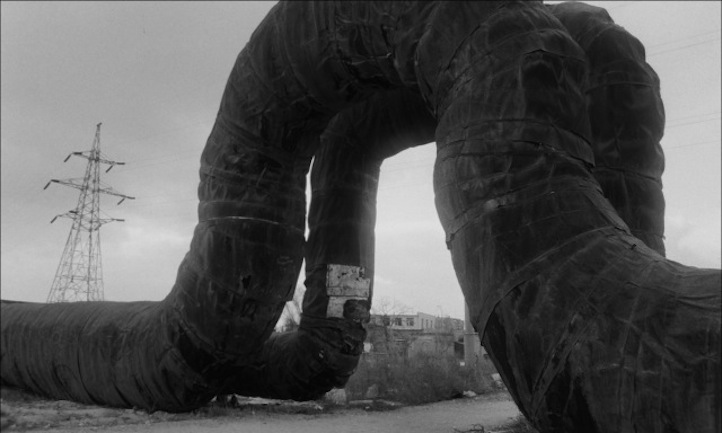 Brooklyn-based Sussman has a long history of making complex, conceptually driven film with her company the Rufus Corporation including “89 Seconds at Alcázar,” “The Rape of the Sabine Women” and the 2009 installation “Yuri’s Office.” “I would say similarities have to do with a suggested narrative without spoon-feeding the story,” she says.

MoMa, the Whitney Museum of American Art, the Margulies Collection and Fundación La Caixa have collected her work. This is her first foray into working on a computer-coded film. “It’s a beginning of another way to work,” she says. “We have our own language for this film.”

The exhibition also features a photo series by Simon Lee created during the production “When the future throws a shadow over the land” and a three-screen work, “Wintergarden,” by Sussman and Simon Lee. 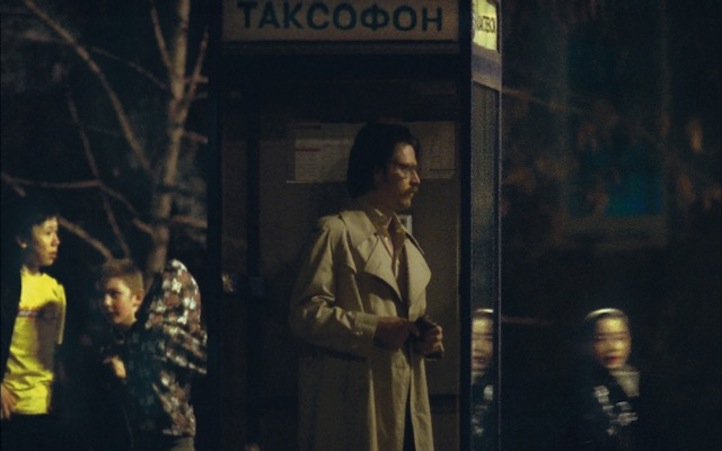