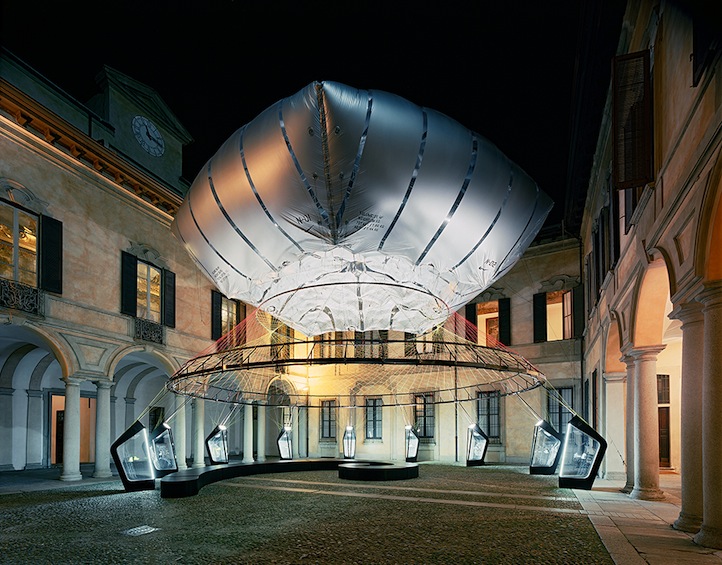 To inspire communities around the world in new and transformative ways, Nike continues its long tradition of collaboration with the creative community to celebrate sport, innovation, and the power of design to evolve tradition. Recently, Nike partnered with Arthur Huang, founder and owner of MINIWIZ on its latest performance innovation, Nike Flyknit, to be realized in the physical form. Named the Aero – Static Dome, Huang’s approach to conscientious design manifests into a community gathering space that was showcased at the Palazzo Clerici during Salone del Mobile in Milan.

Exploring the bio-mimicry inherent to Nike Flyknit, Huang’s Aero-static Dome is a structure that exhibits zero compressive elements. The construction utilizes the laws of nature, rather than fighting them—just as Flyknit channels the pressure of moving feet to activate support. Inspired by the aerodynamics of a triangular parachute and the tetrahedron kite, the Aero-static Dome captures the force and resistance of the wind. By efficiently harnessing this power, Huang has created a structure that is solely supported by buoyancy making it the lightest structure of its magnitude. A golden spiral radiates from the center of the dome serving as a bench for visitors. The dome also champions sustainable human growth and like Flyknit, it maximizes resources and minimizes waste. It employs innovation to progressive ends. 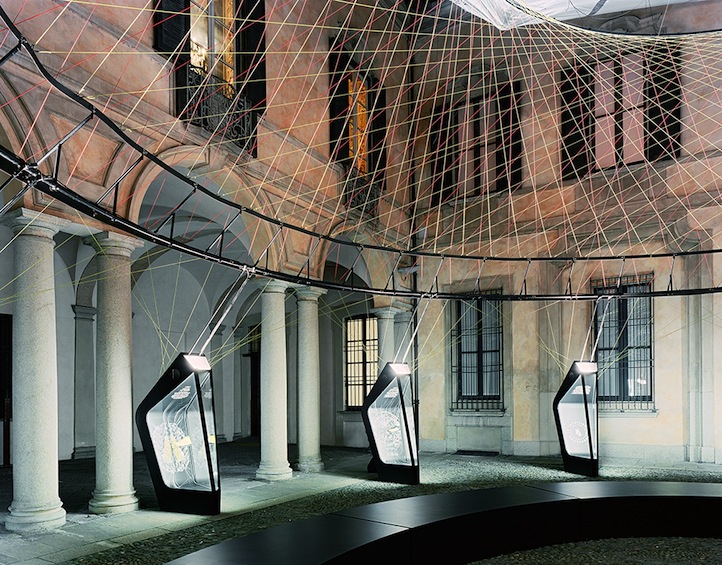 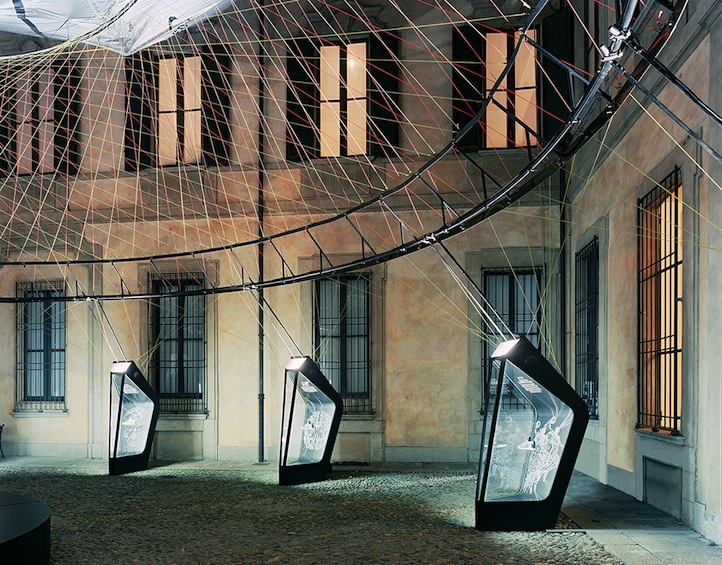 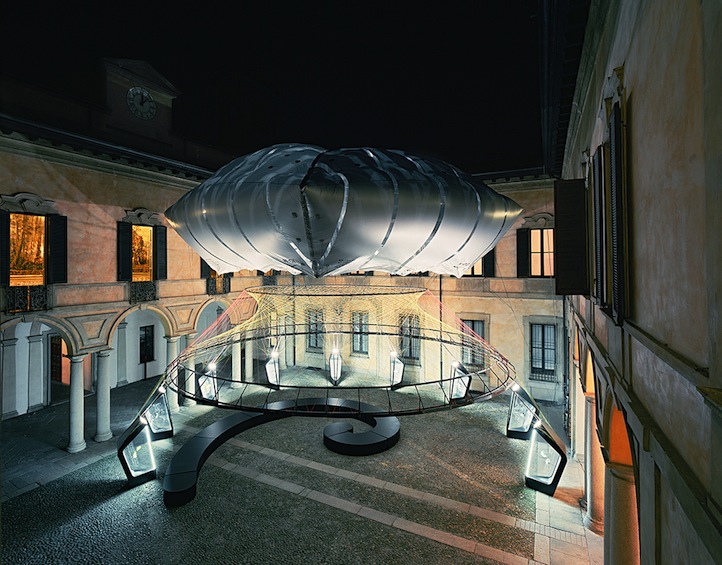