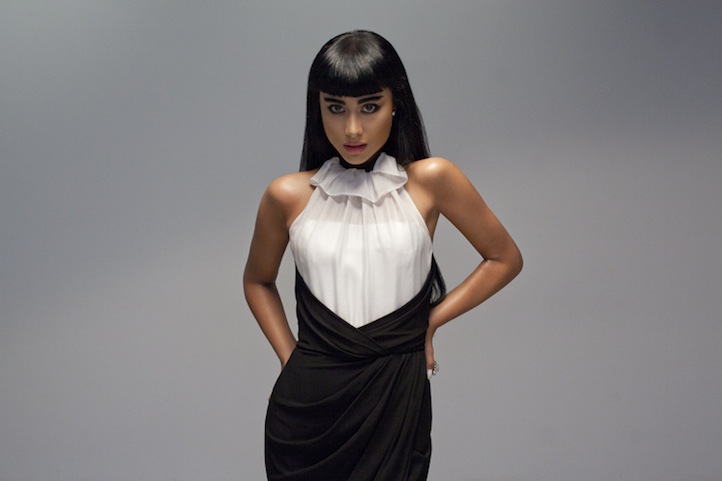 Natalia Kills says trouble follows her around. It’s something that’s been chasing her since her teenage years. Now 27, and having released her highly anticipated album aptly titled Trouble (her follow up to 2011’s Perfectionist), Kills has no qualms waxing about her childhood – those years filled with monetary highs, family lows, and a enough trouble to last, well, a lifetime.

Life+Times: September 3rd (on iTunes and available elsewhere September 10th) marked the release of your sophomore album Trouble. Since your debut album,  how has your sound evolved?
Natalia Kills: Trouble is a collage of all the fucked up shit I ever did, sung through high impact bad girl anthems over hip hop drums and grunge guitars. My friends call it “Girl Interrupted Pop” because I decided to confess to all the bad in my past… stalking my ex-boyfriend, trying to set fire to the house with us both in it, getting taken away by the police, leaving home at 15, making out with strangers and running away to Paris. Fun times… You know how when something bad happens to you, everyone tells you “Time will heal… don’t worry, you’ll get over it?”  Well, I realized that’s mostly bullshit. So my album Trouble is basically a melodic documentary of all the worst moments of my childhood, all the terrible stuff I did as a teenager and every bad mistake I’ve ever made. It’s a defiant and neurotic feel bad/feel good album, and even though I’m singing about the tough times, it somehow makes me feel like it was never that bad at all.  Even though it was.

L+T: You worked with producers like Jeff Bhasker (Kanye West, JAY Z, Fun.) and Emile Haynie (Lana Del Rey, Kid Cudi, Eminem) on this album. What did both Jeff and Emile teach you during this process?
NK: I love those guys. They taught me everything worth knowing about music, like how a good song starts…with a glass of good whiskey.

L+T: I’m obsessed with “Saturday Night” (it’s on repeat) and equally as infatuated by the music video. What’s the message behind this song and how did you translate it into your video?
NK: “Saturday Night” is the soundtrack to my life. It’s strange because music and movies always portray being young as these invincible years of freedom, opportunity and love, but when I was a teenager I didn’t have any of that. I wanted to make a song and a video that showed how fucked up youth can be; having no control, money or guidance. The video is literal. The actors playing my parents look just like my real family. The set designer built the “home” from photos of the house I grew up in, and those videos of me at the end (the pageant, the clowns, fireworks and Christmas dinner) are all real home movies. When I was really young my parents were crazy rich, but by the time I was 12 the cops had taken everything, my father was in jail and we were broke. I moved out when I was almost 15 and spent my whole teenage years with no money, fighting with my boyfriend, joining a cult and getting in trouble with the police. I kept telling myself ‘I’m going to be fine,” even when I didn’t believe it. But every time it felt like the world had ended and time had stopped, it seemed to just keep going on no matter what. Time has no consideration for sadness.  Time doesn’t care about regrets or impatience.  Days and weeks go by and eventually you realize it’s all part of a cycle, it’s all just another Saturday night. How fucked up is that?

L+T: It’s been said that your track list sounds something like a page out of a young girl’s diary. Would you agree?
NK: Jesus! If your daughter’s diary reads anything like my lyrics you should have called a psychiatrist by now. Or a priest. 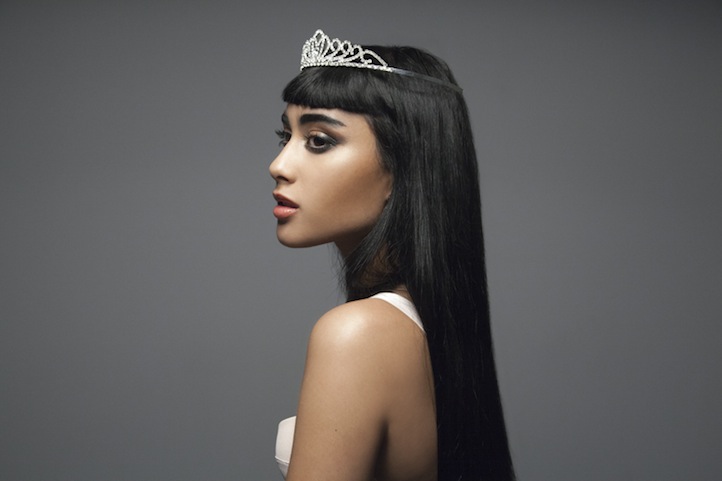 L+T: You mentioned that most of your songs are deep-rooted memories that end up coming out as lyrics once you’re bold enough to face them. Is there a certain song on this album that exemplifies this?
NK: I think the suicide ballads “Marlboro Lights” and “Devil’s Don’t Fly” really explain a lot about what was going on in my head back then. I was obsessive and messed up, but every teenage girl wants to kill herself over a boy at some point, right? It’s totally normal. In fact it’s kind of funny.  I’d never think about things like that now, if I was really upset over a guy I’d just key his car and go buy myself something cute.

L+T: In terms of messaging – your album spans the spectrum. Are there certain things you want your listener to take away from Trouble?
NK: Break it. Fix it. Break it again.

L+T: Finally, are you a troublemaker?
NK: Me? No, never! If anything, Trouble follows me around. He just can’t keep away! I’m trying to be good these days, I really am, but I’m still working it out, you know? There’s no salvation for a bad girl.